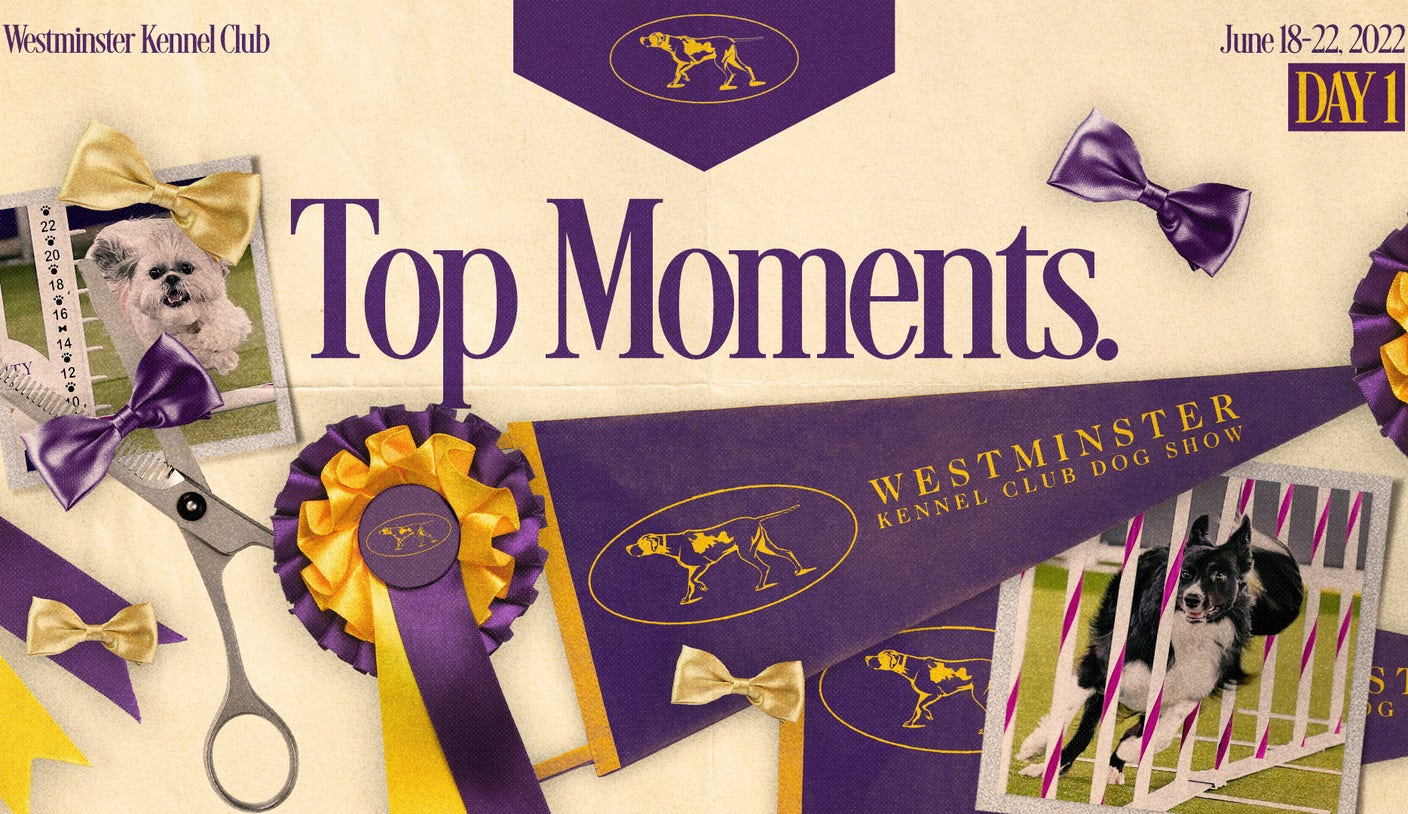 The 2022 Westminster Kennel Club Dog Show is officially underway, and this year’s competition is already shaping up to be a fantastic show.

Purebred and All-American (mixed breed) dogs were eligible to compete at the event, and were judged on time and completion (minus faults) of the course. Dogs climbed, balanced, jumped, weaved, and sprinted their way over and through a series of obstacles on a course that they have never seen before; Handlers and their dogs didn’t get their first look at the course until 45 minutes before the event started.

While the equipment is the same each year, the course layout is different for every dog ​​show, so success depends on the communication between the dog and their handler to guide them through the course.

Dogs ranging from a Chihuahua to a German Shepherd competed in the final timed obstacle course, and Border Collies were the top-represented breed with five finalists. Last year, Verb the Border Collie won it all with a lightning-fast time of 31.30 seconds without a single fault.

Every year, there are five classes that are divided by jump heights in order to make the competition equal between the different sizes of dogs. They were:

First up was the 16″ Class, where Bee dominated the competition with a winning time of 29.81 seconds.

The final runner in the 16″ Class, Bee, wins with a dazzling time of 29.81 seconds. Check out the highlights from the 2022 WKC Masters Agility Championship.

Next up were the little dogs in the 8″ Class, and Lark the Papillon — who won this class last year — topped the leaderboard at 32.63 seconds.

Lark wins back-to-back titles in the 8″ Class with a time of 32.63. Check out the highlights from the 2022 WKC Masters Agility Championship.

The big dogs were up next, and Kaboom the Border Collie took the top spot in the 24″ Class with a 31.93-second performance.

Kaboom wins his third overall 24″ Class title at the 2022 Westminster Kennel Club Masters Agility Championship with a time of 31.93 seconds.

In the 12″ Class, Bilbo the Papillon won with an impressive time of 34.39 seconds, blowing away the competition with ease, as the next-best time was nearly 12 seconds behind.

Bilbo wins the 12″ Class at the 2022 Westminster Kennel Club Masters Agility Championship with a time of 34.93 seconds.

Last but not least, it was Truant the Border Collie, who won the 20″ Class with a time of 31 seconds, just narrowly losing the title to Bee by 1.19 seconds.

Also in the 20″ Class was Brio, who was crowned this year’s overall All-American (mixed breed) winner.

With the agility competition in the books, the action will pick up again on Monday with the Masters Obedience Championship and judging of the Hounding and Herding breeds (1-4 pm ET, FS2).

Ahead of the action, FOX Sports’ Charlotte Wilder gave an exclusive first-hand sneak peek of the course.

In preparation for the 2022 WKC Masters Agility Championship, FOX Sports’ Charlotte Wilder gets the inside scoop and runs the course herself.

Bee is just the second non-Border Collie to win the Masters Agility Championship title, with the only other dog being Holster the Australian Shepherd back in 2016, who won with a time of 35.1 seconds.

Although Elvira the Bracco Italiani didn’t come close to winning the 24″ Class, her 55.89-second performance has the crowd rolling at this year’s competition.

Elvira amuses the crowd as she casually strolls through the agility course and sniffs the weave poles on her way through!

Get more from Westminster Kennel Club Follow your favorites to get information about games, news and more.