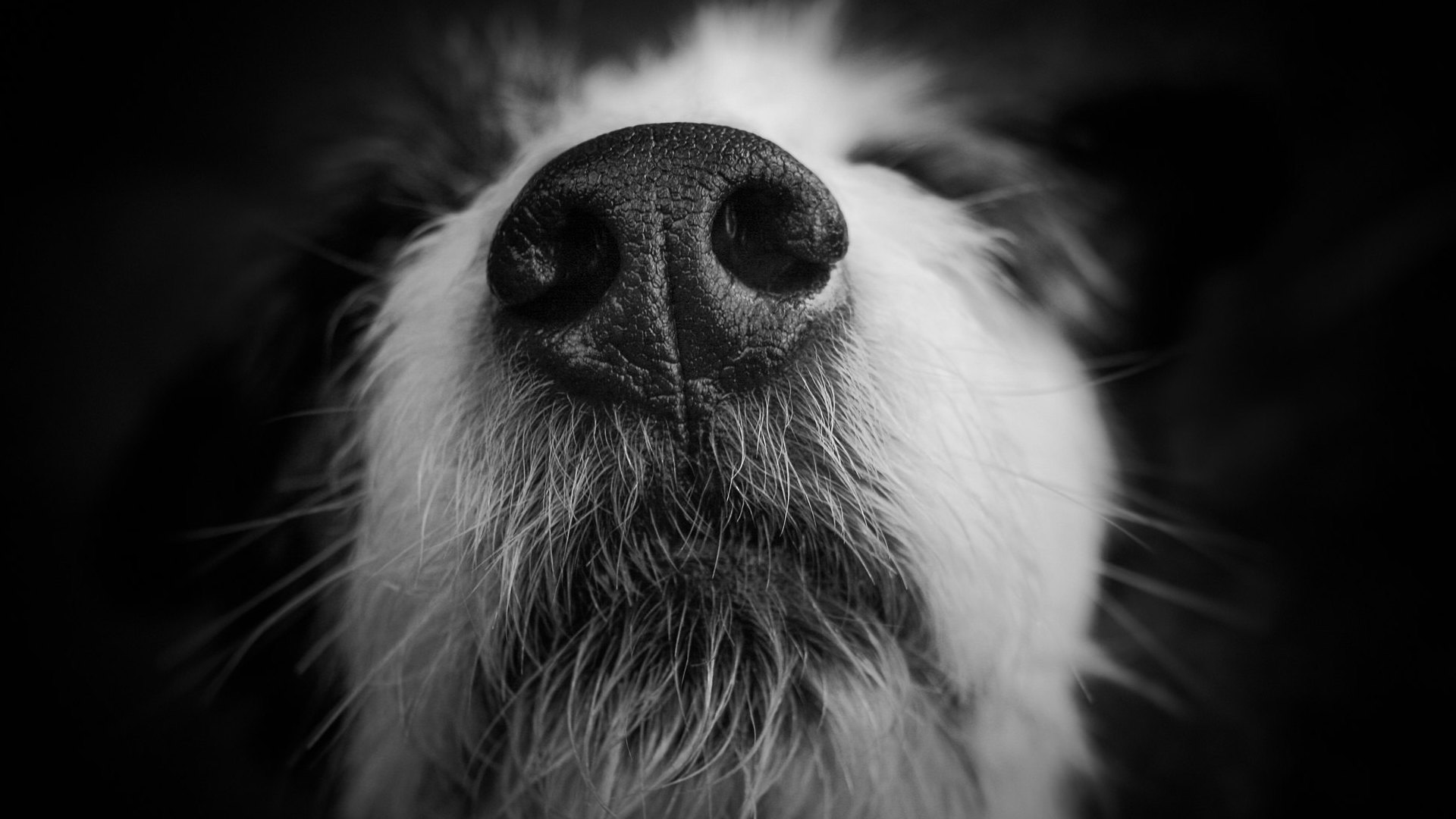 Did you know that dogs can use their cold, wet (and cute!) noses to sense sources of heat and thermal radiation?

That discovery, via a 2020 study from Sweden that challenged dogs to choose between a warm and cool object across a room, makes them only the second mammal known to possess that superpower. (The other is a vampire bat.)

And that’s not all dogs’ noses can do. Read on for six reasons why dog ​​noses are among nature’s most amazingly engineered instruments—instruments whose power humans are now trying to recreate:

1. Dogs’ sense of smell is between 10,000 and 100,000 times as potent as humans. This power comes in part from the up to 300 million olfactory receptors dogs carry around in their noses, compared to our mere 6 million. And the part of the canine brain that is dedicated to smells is 40 times larger than ours, proportionally speaking.

2. Dogs can smell continuously, even while they’re breathing in and out. In contrast, when a human smells a scent (sniffs a rose, for example) we inhale that odor and breathe in oxygen through the same passage. But if a dog smells the same flower, air “splits into two different flow paths, one for olfaction and one for respiration,” Brent Craven, a Pennsylvania State University bioengineer who has modeled canine olfaction anatomy using high-resolution MRIs, told NOVA.

Craven and his colleagues found that a portion of the air dogs inhale gets ushered into a specialized area at the back of the canine nose reserved for odor detection, while the rest of it continues rushing toward the lungs. And when dogs exhale, that air departs through nose slits in a unique aerodynamic pattern that also guides new air in, creating a cycle of breath that continuously supplies the in-house laboratory in the back of the canine nose with new material. In one study from the University of Oslo, a dog on a hunt sniffed continuously for a full 40 seconds, across 30 respiratory cycles!

Watch: This Device Smells Diseases by Imitating a Dog’s Nose

4. Dogs are great at interpreting all the information coming in through their noses in fine detail. In her book “Inside of a Dog,” canine cognition researcher Alexandra Horowitz writes that humans might taste a teaspoon of sugar added to a cup of coffee. But a dog could detect the same teaspoon of sugar in a million gallons of water—enough to fill two Olympic-sized pools.

5. Dogs can connect a human with the scent they leave behind with exceptional precision—and even help diagnose sick humans with a variety of diseases. Forensic chemist Ken Furton, who has studied dog olfaction for more than 25 years, once blew up a car with colleagues and then asked detection dogs to pick out human scent from the resulting debris. The dogs were able to sniff the small amount of shrapnel and correctly identify the people who had been in contact with the bomb pre-explosion 82% of the time.

More recently, Furton and his colleagues looked at whether dogs might be trained to identify COVID-19 patients—and found they could do so with 97.5% accuracy. “I was shocked,” he told NOVA. And one 2019 study indicated humans’ best friends can sniff out cancer with a similarly high 97% accuracy rate.

Watch: Cannabis-Sniffing K-9’s: Out of a Job?

6. Dogs can not only identify human remains–they can sniff out already created remains from among other ashes. Dogs in the American West are now trained to look for the cremated remains of homeers’ loved ones when those homes are lost to the region’s fiercely fierce wildfires. The non-profit Alta Heritage Foundation brings specially trained search dogs and archaeologists to the site of a house destroyed by fire, using canine colleagues to narrow down where the lost ashes might be buried and then archeological techniques to excavate them.

The ashes are often the only thing his clients want to recover from their houses, Alta Heritage founder Alex DeGeorgey told NOVA. So being able to find their loved ones’ ashes within the ashes of a house is both powerful and continually surprising. “I’ve done this hundreds of times,” DeGeorgey says of cremation ash recovery, “and I still marvel that we’re able to do it.”

Receive emails about upcoming NOVA programs and related content, as well as featured reporting about current events through a science lens.