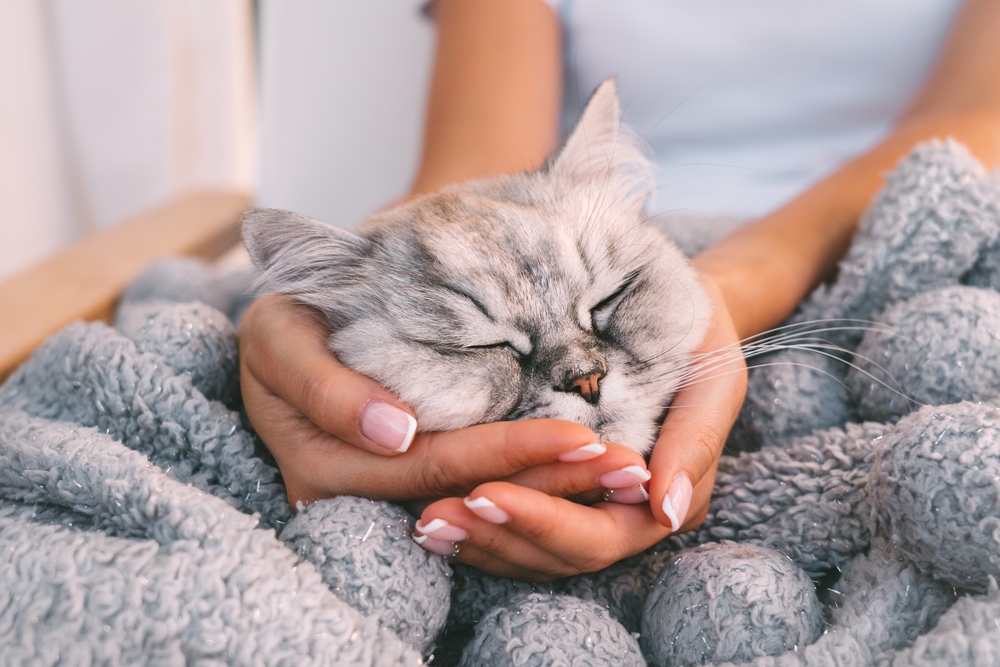 Ever wonder why your cat isn’t being very friendly, or doesn’t hang out with you often? While it’s true that some cats are extremely affectionate and won’t leave you alone, many just don’t seem to be fans of people and take that famous feline aloofness to the extreme.

The reality: While you may want your kitty to sit with you or do something you want them to do, cats are complex creatures that vary in personality and behavior. “Just like there are humans who aren’t into hugging and then there are humans who everybody they like they want to hug, there are some cats at both ends of that spectrum and everything between,” says M. Leanne Lilly, veterinarian and clinical assistant professor at Ohio State University.

And unlike dogs, who were purposefully domesticated By humans tens of thousands of years ago, cats were not trained or bred to be domesticated, says Gabrielle Castro, a fourth-year veterinarian student at Ohio State University. But with a little insight into feline behavior, you may be able to train your cat (a little), or at least communicate your wishes to them more effectively.

Following the do’s and don’ts provided here may help strengthen your bond with your cat, increase the chances that they will be less stressed generally, and more inclined to relax and play, or just hang out with you. And that’s good for both of you, because the physical interaction with a cat can be beneficial for your overall health. One 2019 study by scientists at Washington State University showed a decrease in cortisol, a stress hormone, within just 10 minutes of interacting with cats (or dogs) compared to those who just observed interactions from afar. So give these tips a try.

“How quickly you blink can affect your cat,” Lilly says. Who knew? Slowly opening and closing your eyes can make cats feel more comfortable and help you form a better connection with them. A 2020 study published in Scientific Reports defined slow blinks as “a series of half-blinks followed by either a prolonged eye narrow or an eye closure.” The researchers determined that cats are more likely to approach the experimenter who does this. It’s like a smile.

Do: Use Clicker Training

Training clickers, available in any pet store, can help to get shy cats to come to you and play, says Fiia Jokela, veterinarian and resident in the American College of Veterinary Behaviorists. As part of the training, Jokela recommends using a long stick with a toy at the end. Each time your pet moves closer and his or her nose touches the end of the stick, make a clicking sound with the clicker and reward them with a treat or food that “the cat likes better than just the regular meal.” To learn more about this technique, check out YouTube videos such as Best Friends Animal Society’s “Clicker Training with Cats.”

Do: Turn up the Heat

“Cats … in general, like houses warmer than most Americans keep them,” Lilly says. A 2016 research study indicates that the ideal room temperature for felines is 86 to 100.4 degrees Fahrenheit — much warmer than most humans prefer. Cranking up the thermostat, especially in winter, may be cost-prohibitive in many regions. But placing a heating pad next to you — one that is safe for claws and not too hot — creates a localized hot zone that can make cats “feel cozy and warm” and “is a great way to try and get your cat to hang out.” with you,” adds Lilly, who has three pads for her kitty: in the office, the bedroom and the living room.

Meanwhile, cat owner Susan Adamucci places warm blankets near her that her cat, Pepper Potts, gravitates towards. researchers also recommend the use of warm bedding or heating elements such as SnuggleSafe to help cats “more easily cope with the environment.” And giving the cat a treat after arriving at one of these spots can be a way to reinforce this behavior in the future, says Jokela.

If you want your cat to be with you in a certain room, you can try using a plug-in diffuser called “Feliway,” says Christine Fellacher, a veterinarian in Florida. Cats normally leave behind a chemical called a facial pheromone when they rub their face against something. These are seen as “happy messages” and a positive indicator of well-being. Feliway is a synthetic version of the feline facial pheromone. Fellacher recommends this diffuser for cats that are aggressive or stressed, as it can help reduce feline anxiety and have a calming effect. “Some cats will seek out that relaxation,” Fellacher says. “They’ll want to stay in that room because they know that they’re a little more chilled.”

Do: Ask for Consent When Petting

“Pet the cat a couple of times and then stop,” says Melissa Bain, a clinical professor of animal behavior service at University of California Davis, School of Veterinary Medicine. “If the cat appears to want more attention, it should approach [you].” If not? “Respect that and stop petting,” Bain says. This can lead to the cat wanting more attention because it realizes it “can signal to the owner to stop petting whenever,” she notes. Lilly also recommends “offering a hand” and seeing if the cat rubs against it.

Do: Watch Their Body Language

If your cat approaches you with his or her tail up, like a question mark, this can mean it is “probably going to be friendly, or at least comfortable with the interaction that is going on so far,” Lilly explains. But, if there is slow movement and low-to-the-ground posture, pretending as though the cat “doesn’t exist” to increase comfortability prior to interaction can help, Lilly says. Likewise, if the ears are pinned back, “then they’re not a happy cat,” says Marina Jaworsky, associate veterinary at Green Tree Animal Hospital in Libertyville, Illinois.

If you pet your cats or try to get them to come near you and they become scared or uncomfortable, they may decide they’ve had enough, “and they might even nip at you,” Jokela says. Even if you think your pet is being mean — what cat owner hasn’t? — don’t act out against them. Yelling, scolding, or even spraying water on them will “definitely break the bond,” Jokela says.

Playing with your cat can help you form a stronger bond, Jokela says. But laser pointers, which many cats seem to love, may not be the best toy. The caveat? When cats are constantly chasing something that they will never catch, it can create or catching tendencies OCD and obsessive tendencies, where your kitty is “always looking out for this thing because they don’t get the satisfaction of catching it at the end,” Castro says. Left with nothing to nab, this can leave cats stressed and contribute to health and behavior issues. One 2021 research study showed increased reports of abnormal repetitive behaviors the more that laser light pointers were used.

Every cat is different. Understanding what they like and don’t like, keeping stress to a minimum and making them as comfortable as possible is key to a better relationship. What’s most important? “Respecting their boundaries and interacting in a way that they want to interact, versus the way you may want to interact, can be beneficial for your relationship,” Castro says.