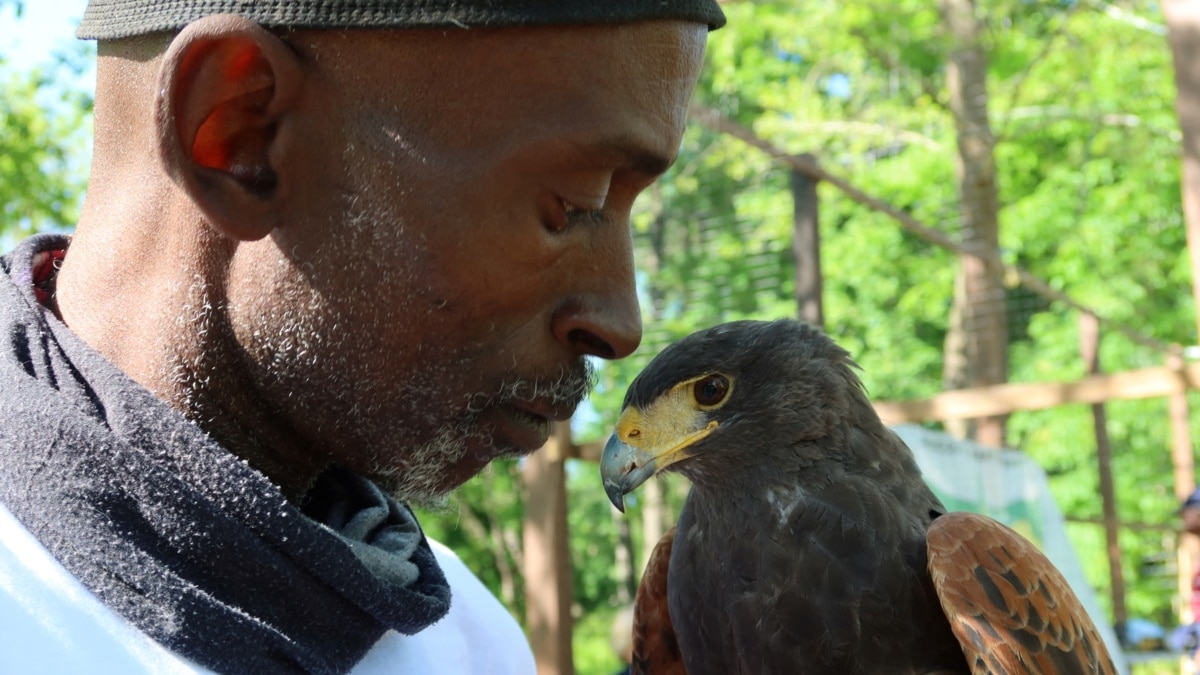 As a young man in one of Washington, DC’s toughest neighborhoods, Rodney Stotts had little to live for.

His father had been murdered. His mother was addicted to drugs. Many of his friends were dead from gun violence. And he expected to end up dead or in jail.

But then in 1992, an environmental program changed his life.

In his new book Bird Brotherthe 51-year-old writes about the “healing power of wildlife” that took him from a drug dealer to a wildlife expert.

Stotts told the Reuters news agency, “I went from ‘flipping birds’ [a street term for selling cocaine] to flying birds, and the destruction that I used to cause in that life, I’m just trying to make up for it.” He said he hopes to inspire others to take comfort in nature.

The environmental program was created by filmmaker and conservationist Bob Nixon. Nixon left Hollywood and moved to Washington, DC to start Earth Conservation Corps. Its first goal was to clean the Anacostia River. At that time, the organization called it the “most polluted river in America.” It says the river flows”through communities of color with Washington’s highest unemployment and crime rates.”

Nixon hired nine young helpers, including Stotts, from a nearby public housing community. For the next several years, Stotts spent his days cleaning up the river. He also learned about birds of prey.

The group helped bring bald eagles back to the city. Over time, Stotts found himself drawn more toward caring for birds than selling drugs.

Stots said the more he moved away from drugs, the happier he seemed to get. Along the way, Stotts also wanted to become a master falconer.

Becoming a master falconer requires two main steps: passing a state test and finding a sponsor. The sponsor teaches the important lessons of falconry: the ethics of the sport; how to identify, trap, and care for the birds; and how to release them back into the wild.

However, many possible sponsors did not take him seriously. Stotts said one man told him over the phone, “You sound like you’re a Black guy.” Stotts said that he was. The man then told Stots, “Black people don’t fly birds… they eat them.”

Eventually, he found a sponsor. And last June he officially became a “master falconer.”

Thirty years after their first meeting, Stotts and Nixon are passing their knowledge to the next generation.

On a recent May evening, Stots talked with young people in the Capital Guardian Youth Challenge Academy. It is a program for young school dropouts working to help injured birds.

Words in This Story

inspire – v. to move (someone) to act, create, or feel emotions

prey – n. an animal that is hunted or killed by another animal for food

sponsor – n. a person who takes the responsibility for some other person or thing: a person or an organization that pays for or plans and carries out a project or activity

ethics – n. a set of moral principles : a theory or system of moral values

dropout – n. one who drops out of school

Stop and smell the roses. – idiom enjoy or appreciate what is often ignored.