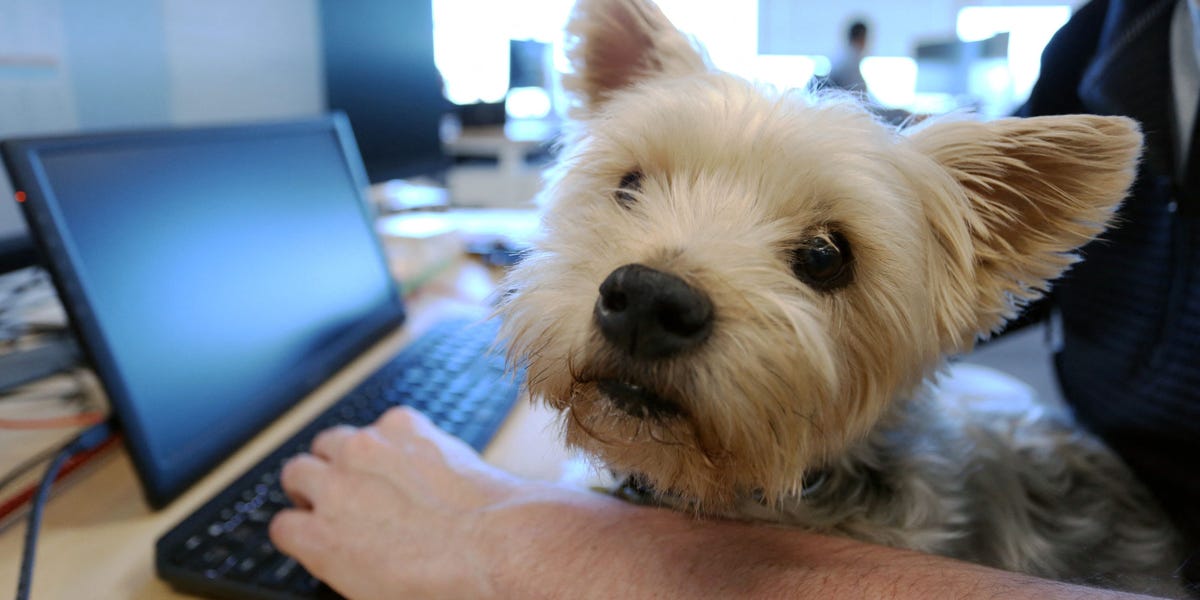 One of London’s oldest and most prestigious law firm is letting lawyers dogs to work amid an early ferocious war for top legal talent.

Slaughter and May will start letting its lawyers bring their dogs to the office, The Telegraph newspaper reported.

The “magic circle” firm, a term that refers to the capital’s five most famous law firms, will trial the new policy by allowing dogs at work once a month, according to the report.

Deborah Finkler, the new managing partner of the firm that was founded in 1889, told The Telegraph: “The benefits of all animals and especially dogs to mental health, morale and alleviating stress are widely recognised and I also hope that the trial makes for a fun and sociable day.

Dogs will not be allowed in the canteen, meeting rooms or breakout areas, staff were told.

The move comes as a number of law firms are forced to find new ways to attract and retain top legal talent.

A survey of law firms shows that the talent pool is shrinking and firms could face a bidding war for fee-earners, a report by MHA, a national association of accounting and business advisory companies, has found.

As a way to increase staff engagement and retention in a competitive landscape, firms are striving to improve staff wellbeing, the report says, and that competition for staff will escalate this year.

A number of big US companies such as Amazon and Google already have a dog-friendly office policies.

Amazon claims that it has been dog-friendly since its inception and has at least 8,000 dogs “working” at the online retail giant.

“Having dogs in our workplace is an amazing treat. They make employees smile, and we’re proud this is such a uniquely Amazonian tradition,” one employee said in a post on its website.

Google also allows staff to bring their dogs to work and rolled out a “Doogler group” in 2020, an online forum and message board for employees and their dogs, according to its website.

Smaller businesses also have similar policies, such as Lily’s Kitchen, the London-based upmarket “natural” pet food maker that was bought by Nestle in 2020.

Not only does it offer a giant treats jar and doggy doors into meeting rooms, workers can also take up to three days of “pawternity leave” to let new pet parents bond with their dog – or cat.

Slaughter and May did not immediately available to respond to Insider’s request for comment.