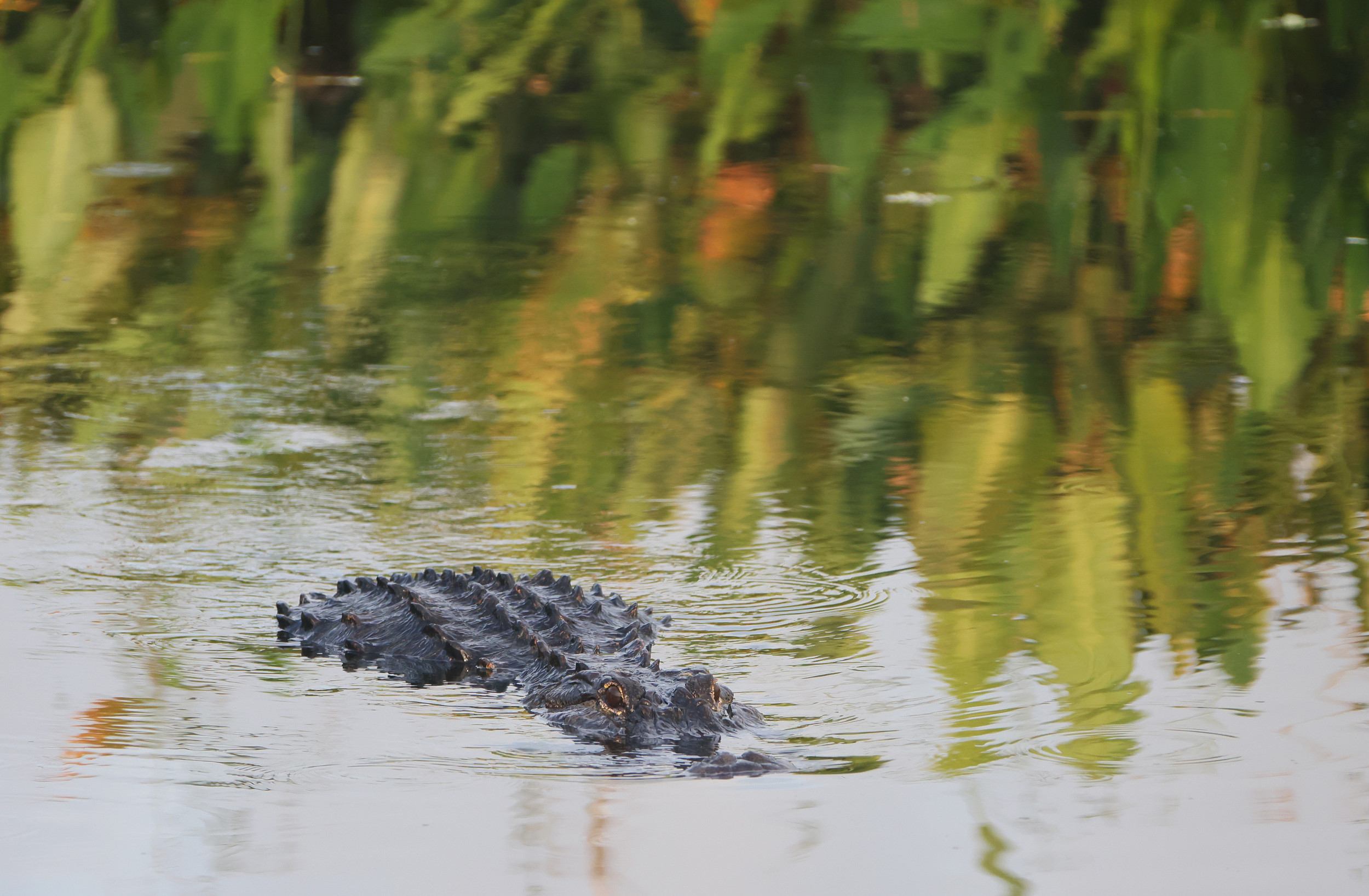 A Florida man lost his dog after an alligator that was around 9-feet-long attacked and ate his pet during a game of fetch earlier this month.

Josh Wells watched Toby, his 40-pound black labrador retriever mix, get eaten by an alligator that jumped out of the water and grabbed the dog by the head first, the Tallahassee Democrat reported.

Wells was throwing a tennis ball for his dog, who he got for his son during COVID, at the JR Alford Greenway Trail off of Buck Lake Road. The dog was standing up to his elbows in the water until he was snatched by an alligator in the water.

“Boom, the water just sort of exploded,” Wells said, according to the Tallahassee Democrat. “He never barked. He never saw it.”

“It took him down like it was nothing,” the dog owner said, adding that he tried to go after Toby but stopped after he saw the size of the alligator, which the Florida Fish and Wildlife Conservation Commission (FWC) said was 9′ 2″ inches long.

FWC Officer Benjamin Johnson searched for the alligator for two hours, according to Wells, and later found a 6’6″ alligator along with the alligator that ate the dog.

The Statewide Nuisance Alligator Program trapper removed both alligators from the waterway. Meanwhile, the alligator that ate Toby has been euthanized, according to Wells.

“There’s cul-de-sacs, you’re not expecting a gator to come out and eat your dog,” Wells said, according to the Tallahassee Democrat. Toby’s remains were found by the trapper and were returned to Wells.

Wells would frequently take his dog to the area where the attack happened, which is one of the places that also see neighborhood kids playing near the water.

The FWC warns that alligators might be found in any body of standing water in Florida, including brackish waters.

“We have about 1.3 million alligators in Florida. Alligators live in all 67 counties, and they inhabit all wild areas of Florida that can support them,” the FWC said on its website.

The FWC also said that alligators are “opportunistic feeders” and prey on easily accessible species such as small mammals, birds, fish, and snakes.

Alligators In The News

A similar incident happened in March when an alligator killed a 50-pound pit bull on the State College of Florida campus. After the incident was reported to the FWC, a nuisance alligator trapper arrived at the scene to remove two alligators. One of the alligators was 6’9″ long and the other was 7’10” long.

“Dogs are more susceptible to being bitten than humans because dogs resemble the natural prey of alligators,” the FWC said. “The sound of dogs barking and playing may draw an alligator to the area.”

Recently, in Michigan, cops engaged in a high-speed pursuit, and while they apprehended the alleged suspect, they were surprised to meet the passenger—an alligator named Karen.

And a large alligator was seen stalking outside of an apartment complex pool in a video that shocked viewers worldwide.

Newsweek reached out to the Florida Fish and Wildlife Conservation Commission for comment.