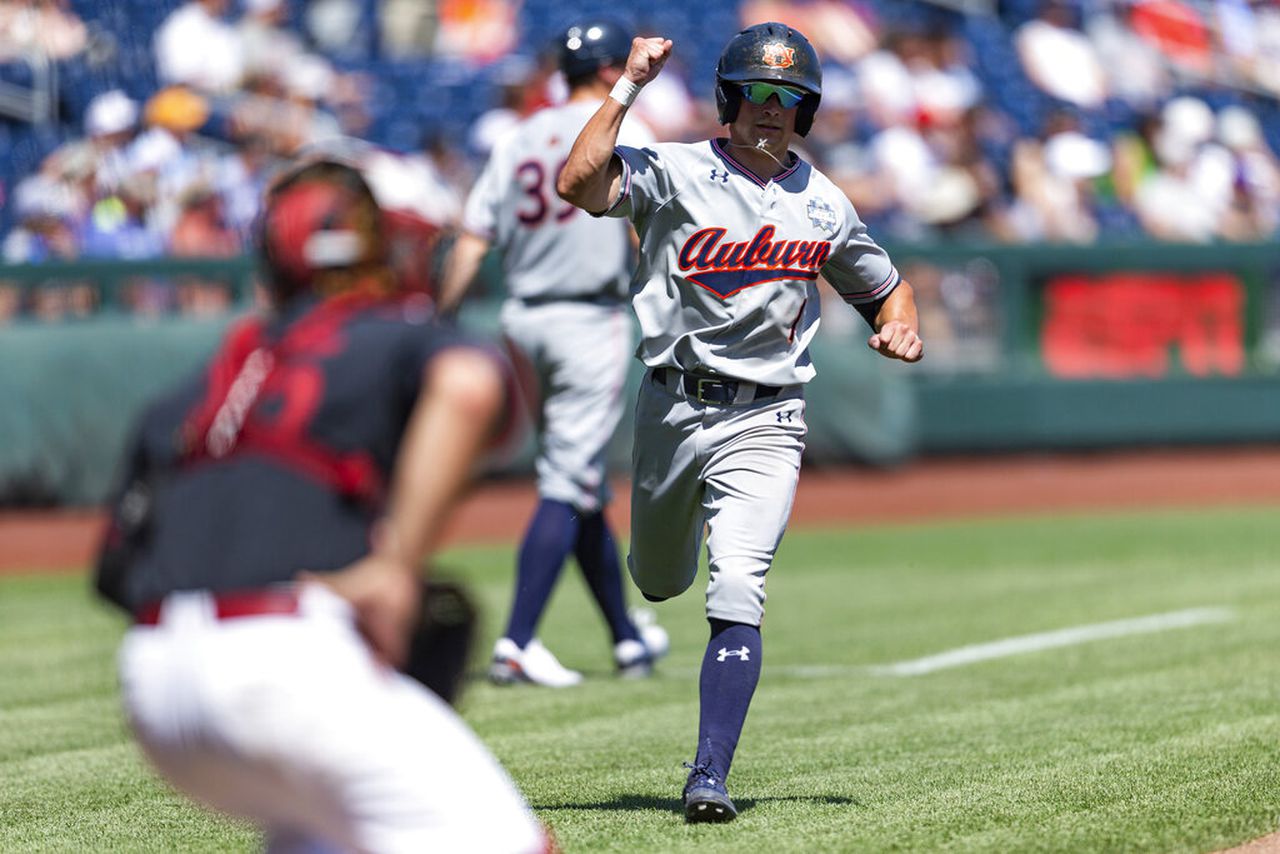 Auburn finally broke through in the College World Series, picking up its first win in Omaha, Neb., since 1997—and the Tigers may have a wayward baby bird to thank for some good luck.

A small bird found its way into Auburn’s dugout during the team’s 6-2 win against Stanford in an elimination game Monday afternoon at Charles Schwab Stadium. It’s unclear when the bird was discovered in the dugout, but it made its way onto the ESPN broadcast during the eighth inning of the Tigers’ victory.

“I was over there with front-row seats with the bird,” Auburn starting pitcher Trace Bright said. “Somehow it managed to find its way into our dugout. I don’t know, maybe a little rally bird or something? It seemed to work for us.”

Whether the bird was actually in there when Auburn mounted its rally in the sixth inning, the team still adopted the lost chick as a pseudo-mascot during a make-or-break game in Omaha. Backup catcher Jake Wyandt even took a cup and poured a puddle of water onto the floor of the dugout to provide the bird with something to drink and cool off from the blistering heat.

Eventually, two people made their way to the dugout to rescue the bird. According to the NCAA’s official Twitter account for the College World Series, the bird was delivered to a local wildlife rehab center, where it received treatment. As soon as the bird was removed from the sun—with temperatures reaching 97 in Omaha, with a heat index in the triple-digits—its condition began to improve.

The bird became the talk of Twitter late in a game in which Auburn used a sixth four-run inning — capped by Cole Foster’s clutch three-run double with two outs — to erase an early two-run deficit and eliminate the No. 2 overall seed in the tournament. Auburn coach Butch Thompson, who was so focused on the play on the field, said afterward he wasn’t even aware of the bird. Some Auburn players who were on the field were also oblivious to the adopted mascot, with third baseman Blake Rambusch saying afterward that he didn’t know about it until he got back to the locker room and saw it all over social media. At that point, it became a conversation point in the Tigers’ locker room.

“I think the bird just landed in there, and they were just trying to take it to safety and make sure it was alright,” Rambusch said. “That was it.”

It wasn’t the first time this postseason that Auburn has had a hand in rescuing a stray animal. Between the team’s loss in the SEC Tournament in Hoover last month and its first game of the Auburn Regional, the team made a trip to Thompson’s house on Lake Martin, where it noticed a dog struggling to stay afloat in the water.

The team helped return the dog, an apparent stray, safely to land and dubbed it “Butch Johnson”—making light of ESPN’s misnomer of the Tigers’ coach during the NCAA selection show.