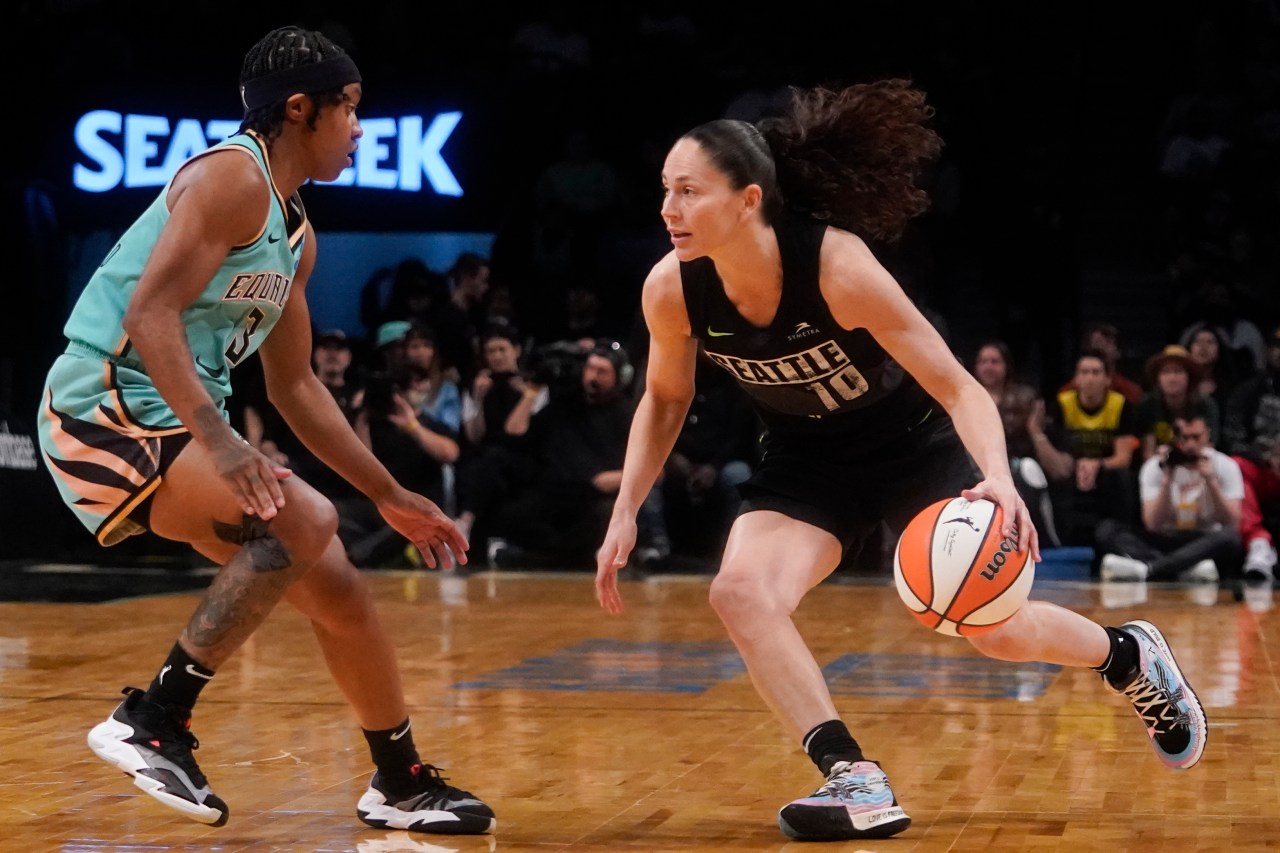 NEW YORK (AP) — Sue Bird admitted that it felt like a fairy tale.

It was only fitting that her final regular-season game in her hometown of New York ended with her hitting the last shot. The league’s all-time assist leader made a 3-pointer to seal the game and give the Seattle Storm a 81-72 win over the New York Liberty on Sunday.

“This has been amazing,” said Bird, who finished with 11 points. “In some ways, I was kind of bummed my last game in New York was so early in the season. It was one of the first places that I was going to play for the last time.”

Bird, the league’s all-time assists leader, announced Thursday that she would retire at the end of the 2022 season. She grew up in Long Island, about an hour from Barclays Center.

While the shot clock ran down with 18.9 seconds left. Bird got the ball on the wing and held her follow-through much to the admiration of the crowd, who gave her a standing ovation as she came out of the game right after.

“It was bouncing around and I knew it needed it,” Bird joked about holding her hand up.

The Liberty honored her pregame with a four-minute video tribute, and one-time teammates Sami Whitcomb and Natasha Howard gave Bird a jacket and jersey that featured every New York team stitched into them.

New York players wore shirts that said: “Thank You Sue. Love, New York” while they are warmed up an hour before the game.

“That was special for New York to do that,” Bird said. “I couldn’t have written this any better. It’s been a really fun day.”

Bird needed about 100 tickets for family and friends who wanted to take in her last game in New York. The crowd — one of the biggest of the season — included her mom, Nancy.

The 41-year-old Bird received a standing ovation from the crowd when she was introduced. She had a relatively quiet first half with two points, three assists and two rebounds as Seattle led 39-37 at the break.

The game was tight throughout, and Seattle (10-6) led 75-72 in the final minute before Williams hit a 3-pointer with 53.3 seconds left from the wing after a scramble for the ball. Then 35 seconds later Bird hit her final shot.

Gabby Williams scored a season-high 23 points to lead the Storm.

DiDi Richards played in her second game of the season, returning from a right hamstring injury. She checked in midway through the first quarter. Richards finished the game playing 13 minutes and scored one point and four rebounds.

“It’s nice seeing DiDi back out there,” Ionescu said. “She’s had a long road of rehabbing, so she’s going to continue to get better and help us.”