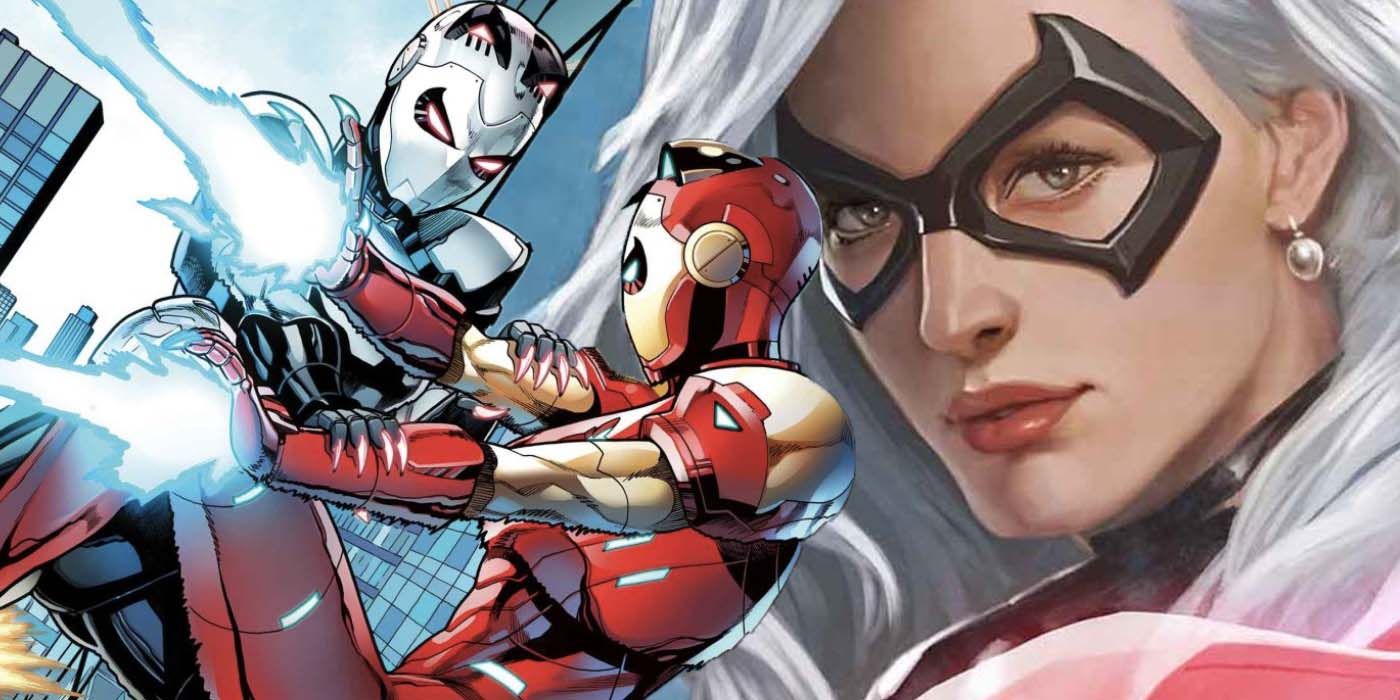 Black Cat will be getting her own Iron Man armor in the upcoming Iron Cat series, with a new tease showing the trouble she’ll get into.

Felicia Hardy is about to get her own Iron Man armor, but in Black Cat’s upcoming Iron Cat adventures, the antihero and Tony Stark are about to find themselves in some serious trouble against an AI nemesis. In new Pere Perez cover art for Iron Cat #4 from Marvel Comics, Black Cat and Iron Man find themselves in the throes of Madame Menace, as the villain will seemingly take over both characters’ armor.

Black Cat will be getting her own Iron Man armor in the upcoming Iron Cat miniseries from Marvel Comics, as she’ll be taking on the mysterious Iron Cat. The original Iron Cat was a remote suit created by Felicia Hardy using Tony Stark’s tech, but the series will explore what happens when it falls into the wrong hands. Iron Man is fighting fire with fire, as he will create his version of the Iron Cat armor for Black Cat, which looks like a cross between his and the villain they’re facing’s suit.

In a new preview of Iron Cat #4 by Jed MacKay and Pere Perez from Marvel Comics’ solicits, Black Cat and Iron Man will find themselves in trouble against a returning villain of Tony Stark’s, Madame Menace. In the cover by Perez, Felicia Hardy (in her own Iron Cat armor) alongside Tony fight the AI ​​as it infiltrates their suits. Unfortunately for both Black Cat and Iron Man, Madame Menace seems to have the upper hand in the battle.

The solicit teasing Madame Menace’s return might reveal the villain as the person responsible for taking over the original Iron Cat armor. It would make sense for the AI ​​villain to gain control of the remote suit, as it might not have any physical being inside. Regardless, Iron Man and Black Cat seem to have their hands full with Madame Menace, who presents an all-different kind of threat with her technologically-based powers and intellect. Check out the solicit for Iron Cat #4 by Marvel Comics below.

Even with her own Iron Man armor and Tony Stark by her side, Felicia Hardy will be in tough against the AI ​​nemesis whose mysterious plans are still to be revealed. Will her armor help or hinder her after the villain gets her hands on it? Readers can see Iron Man and Black Cat team up against Iron Cat and Madame Menace when Iron Cat #4 by Marvel Comics arrives in stores in September.