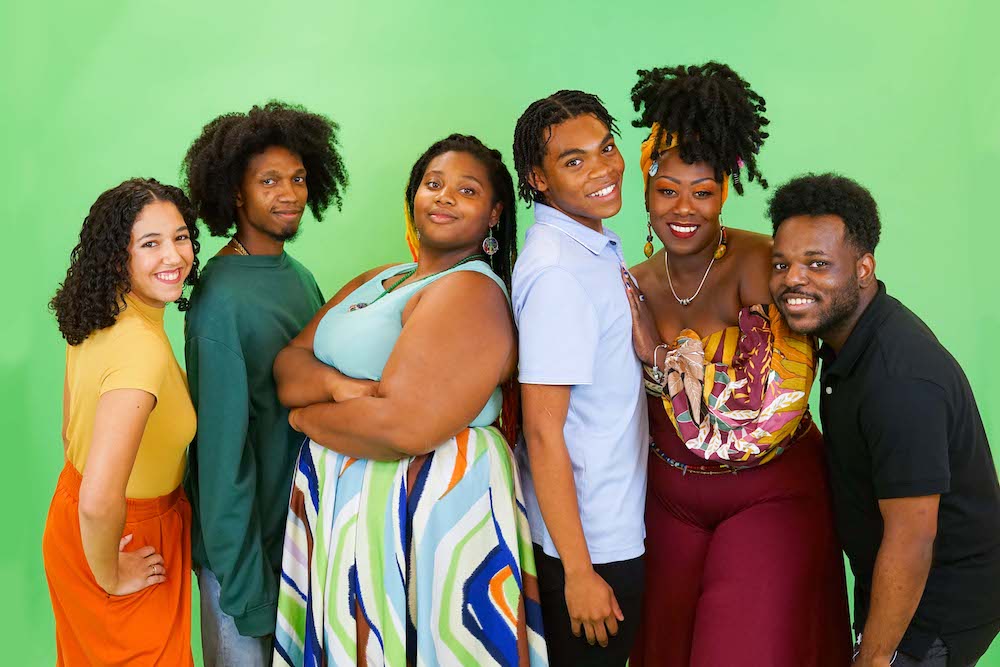 City Theater and the Adrienne Arsht Center for the Performing Arts of Miami-Dade County are proud to present BOB MARLEY’S THREE LITTLE BIRDS. This jammin’ musical featuring the timeless music and lyrics of Bob Marley is based on the children’s book (Every Little Thing) by his daughter Cedella Marley. Playing June 22-July 9 in the Arsht Center’s intimate Carnival Studio Theater, BOB MARLEY’S THREE LITTLE BIRDS features a live reggae band playing onstage and makes for an entertaining summer theater event for the whole family.

BOB MARLEY’S THREE LITTLE BIRDS is a tale of peace and love. Mama says “breathe easy,” but Ziggy’s afraid to leave the house. He’s too busy worrying about tropical storms, evil spirits and steering clear of that sneaky, hair-snatching Duppy! But with the help of Doctor Bird and his feathered friends, Ziggy’s reminded that “every little thing gonna be all right!”

“It’s an honor to see my father’s music connect with each new generation. My own children loved singing ‘Three Little Birds’ when they were little. It was like their own little mantra, and that’s what inspired me to write the book. Seeing this story come to life onstage illustrated by my father’s music gives it an added dimension. It’s positive, uplifting vibe is something the world needs more of, especially these days,” shares Cedella Marley. 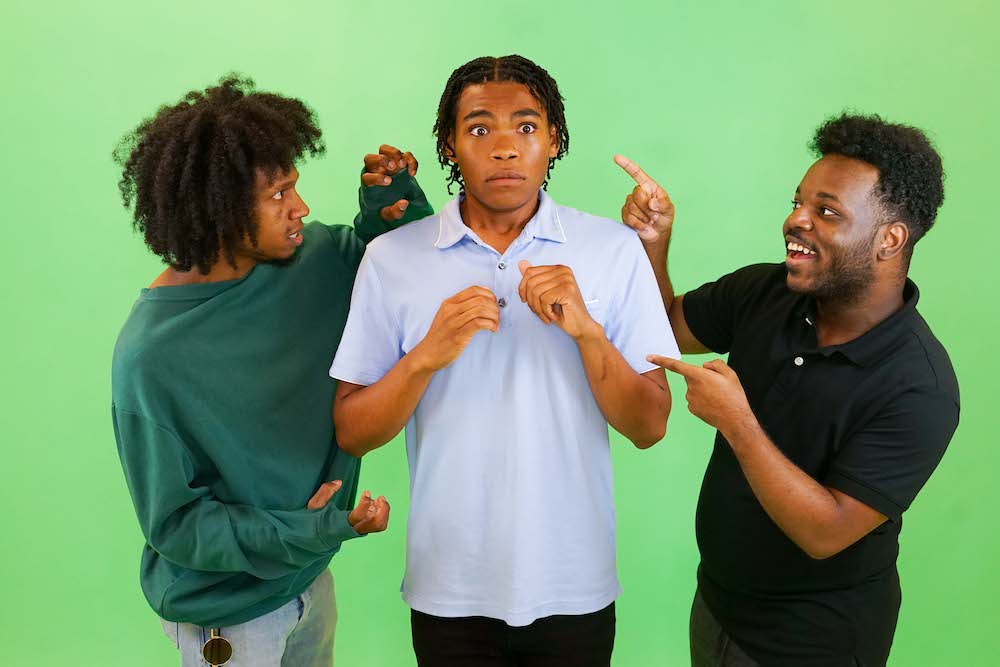 City Theater is grateful for the additional funding support for this production from the Peacock Foundation, Inc., Carnival Foundation, and Key Biscayne Community Foundation.

Launched in 1996, City Theater is one of Miami’s oldest theater company. They are nationally distinguished for being the only theater in the country producing 10-minute plays and musicals year-round and for all ages. City Theater has won four Carbonell Awards, including the Bill Von Mauer Award in 2016. The company was recognized by Miami-Dade County Mayor Daniella Levine-Cava in honor of “City Theater 25th Anniversary Day” on June 9, 2021.

*All programmes, artists, ticket prices, availability, dates and times are subject to change without notice. Visit arshtcenter.org for up-to-date information.

Given the intimate nature of performances in the Carnival Studio Theater, and by request of the performers, guests are recommended and encouraged to wear masks (over the nose and mouth) while seated in the theater for BOB MARLEY’S THREE LITTLE BIRDS. Masks are welcome and encouraged in the lobby and other Arsht Center spaces. The Arsht Center continues to maintain enhanced cleaning and air-filtration procedures for the well-being of audiences, artists and staff. Any policy changes will be sent directly to ticket holders and updated regularly at arshtcenter.org/covid-19.

About Adrienne Archt Center
Set in the heart of downtown Miami, the Adrienne Arsht Center for the Performing Arts of Miami-Dade County is committed to welcoming and connecting ALL people to the arts, to the Arsht Center and to each other. Our stages are alive year-round with artists from around the world, innovative programming from our resident companies and local arts partners, free community events that reflect Miami’s unique identity and arts education experiences for thousands of Miami children each year.

Since opening in 2006, the Arsht Center, a 501C3 non-profit organization, has been recognized as a catalyst for billions of dollars in new development in the downtown area, a leader in programming that mirrors South Florida’s diversity, a host venue for historic events and Miami’s hub for arts education.

The Arsht Center is also a home stage for three resident companies — Florida Grand Opera, Miami City Ballet and New World Symphony — and a launch pad for local artists to make their mark on the international stage. Our 300+ events each year include the Center’s Signature Series of classical, jazz, Broadway, local theater and much more. We present a robust series of touring Broadway musicals direct from New York, the largest jazz series in South Florida, a major annual Flamenco Festival and an award-winning Miami-based theater program. In addition, our Family Fest, Free Gospel Sundays, CommuniTEA LGBTQ+ celebration and Heritage Fest are among dozens of free events that bring together people from all corners of our community. For more information, visit arshtcenter.org.

City Theater is an award-winning professional theater company founded in Miami in 1996 that is dedicated to the development and production of new works and programming that entertains, informs and resonates with its diverse audiences. Now among the oldest theaters in South Florida, City Theater is nationally distinguished for being the only theater in the country producing 10-minute plays and musicals year-round and for all ages. City Theater has made its main stage home at the Adrienne Arsht Center for the Performing Arts’ Carnival Studio Theater since 2007, where its signature SUMMER SHORTS FESTIVAL will enjoy its postponed 25th Milestone Anniversary Season in 2022. City Theater has produced holiday seasons of WINTER SHORTS and full-length plays as part of the Arsht Center’s Theater Up Close Series, including JACOB MARLEY’S CHRISTMAS CAROL by Tom Mula in 2021 and Bekah Brunstetter’s THE CAKE in 2019. Recently, City Theater and the Arsht in association with the Atlantic Council, presented the Miami professional staged reading of WAR WORDS by Michelle Kholos Brooks, as part of a national project honoring veterans and Veterans Day.

City Theater has produced hundreds of shorts for its various programming by well-known and exciting new writers often discovered through its National Award for Short Playwriting Contests. It commissions plays by South Florida-connected playwrights for its SHORT CUTS middle school tours. City Shorts, She Shorts, City Reads, CityWrights and Industry Weekend are additional City Theater productions, programs and outreach efforts that showcase the multifaceted versatility of short works, and the talented artists who write them from South Florida and around the country. City Theater has recently been awarded a two-year grant by the Jorge M. Pérez Family Foundation at the Miami Foundation to nurture, elevate and promote Miami’s BIPOC writers with a dedicated 2-year playwright development initiative, to form an artist cohort engaged in creative and professional training with local/national Masters, resulting in exciting new plays authentic to Miami’s multicultural voices that would be presented at City Theater’s year-round, community-wide programming.

City Theater is an Associate Member of the National New Play Network (NNPN) and participated in the Rolling World Premiere production of Robert Schenkkan’s BUILDING THE WALL produced at the Arsht in 2018; the Theater League of South Florida; the Florida Professional Theater Association. In 2016, City Theater was honored by the Carbonell Committee with the prestigious Bill Von Maurer Award, which recognizes significant contributions to South Florida theater development by an individual or group, for the company’s dedication to the short-form play format and fostering new play development . For more information, visit citytheatre.com.