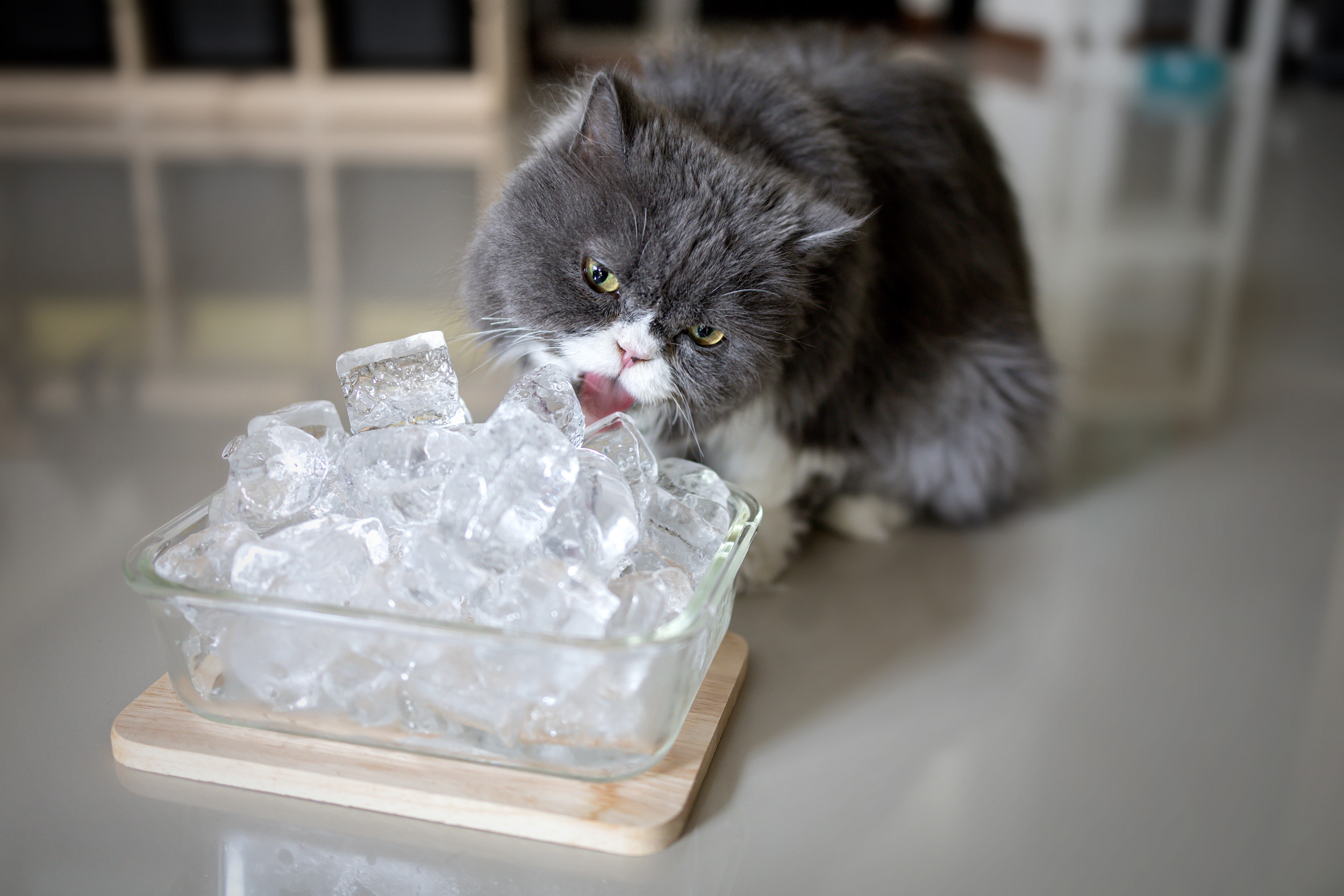 Feline experts have warned against a rising TikTok trend that sees owners place an ice cube on the head of their unsuspecting pet.

The trend, although without an official name, is sometimes dubbed the “put an ice cube on your cat” challenge, as owners film the results.

Placing the ice often induces a seemingly unfazed reaction as it sits there and begins to melt, but that doesn’t necessarily mean you should do it, say experts.

Uploading videos of it can gain people views in the millions, with one popular video racking up over 1.2 million views. Often, the clips are paired with a popular audio that demands owners to “put an ice cube on your cat.”

As with most cat videos on the internet, they have entertained people as viewers find hilarity in their melancholy reaction. You might want to think twice about trying it for yourself though.

UK animal shelter Battersea Dog and Cat’s Home’s feline welfare manager, JoAnna Puzzo, told Newsweek that it’s not something they advise “as it could appear harmless but may agitate cats and cause them anxiety.

“Cats don’t enjoy getting wet and the extreme cold of the ice could startle your cat, potentially leading them to respond and by redirected aggression onto their owner, for example, by swiping or biting.”

This is something echoes by animal charity Blue Cross’s animal behaviorist Claire Haynes, who told Newsweek that “pet owners should create a safe and loving environment for our animals, and consider the impact our actions have on our pet’s welfare and emotional state.”

“Whilst this new trend might seem entertaining for us, it may not be a nice sensation for our cats, and your cat might find it confusing and uncomfortable.”

At its core, the idea of ​​using a pet for likes and views is something that doesn’t sit right, and Puzzo added that “anything that could provoke an averse or negative reaction in cats shouldn’t be done for amusement or social media purposes .”

Just because some cats online seem to be unbothered by the trend, doesn’t mean others will too, says BISSELL Pet Foundation’s Veterinarian Dr. Alana Canupp, DVM: “This reminds me of years ago when owners scared their cats with cucumbers, which may have seemed funny, but I saw cats who were terrified. Anything done to risk scaring your pet is not good for the human-animal bond .

“People and pets need each other more than ever. Doing anything to your pet, which may seem harmless, could have unexpected negative consequences. All pets are different,” she told Newsweek. “People should be advised though that their own pet may not react the same way.”

Veterinarian Dr Anna Foreman said to Newsweek that if any TikTok users were hoping to use the trend as a way to cool their cat during the hot summer, they should try other options instead: “While there aren’t necessarily any medical dangers associated with this trend, there is no reason to Put an ice cube directly onto a cat, especially if it causes them distress or makes them feel scared.

“Cats can be offered ice cubes in a bowl to lick if they chose to, but they tend to self-regulate well in hot weather, unlike dogs, and so there is no reason to use this method to cool them down.”