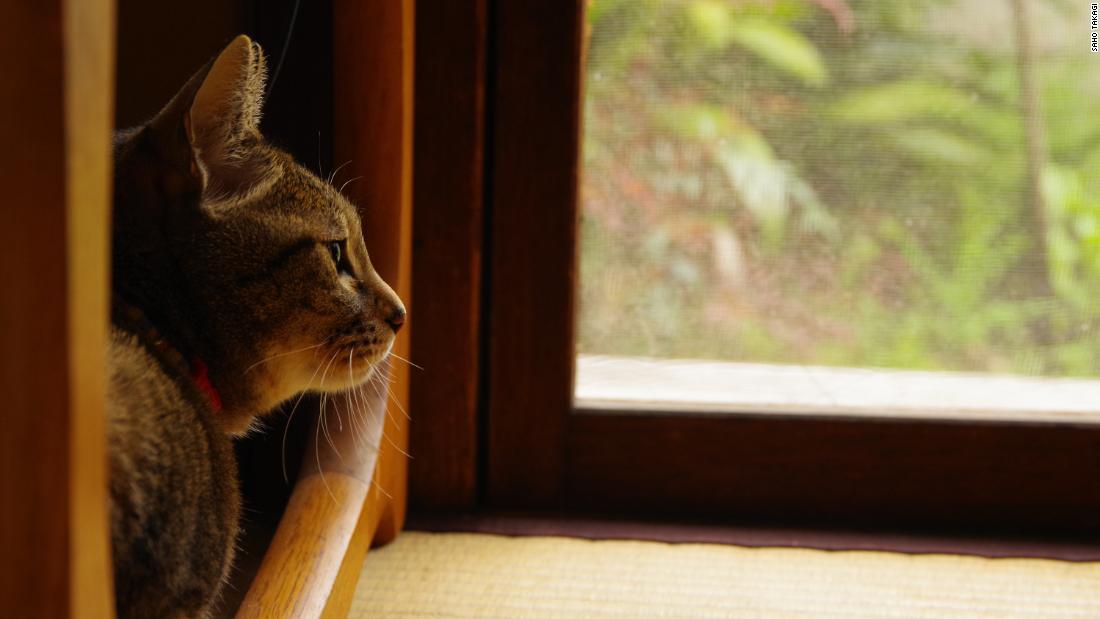 A new study out of Japan found that a stationary cat can track its owner’s location using audio cues — specifically, the owner’s voice.

Saho Takagi, first author of the study and a doctoral student at Kyoto University, said she has always been interested in cats’ hearing abilities. She’s a cat person all around, but said her favorite part is their ears. Cats have sensitive ears that can move in different directions.

“I saw a cat with only one of its ears tilted back, listening to the sound behind it, and felt that cats must be thinking about many things from the sound,” Takagi said in an email to CNN. “This time, I investigated whether they map their owner’s position spatially from sounds.”

The study, which took place in a home setting and at a cat café, observed how cats would react to their owners’ voices without visual cues by using speakers that a recording of owners saying their cats’ names. The researchers placed the speakers apart from each other, out of the cats’ sight, to see how the cats would respond to the sounds, especially if the owner’s voice appeared to teleport from one location to another. Another group of people, who were not animal experts, rated the cats’ level of surprise from a scale of 0 to 4, based on behaviors like ear and head movements.

Cats in the study were surprised when their owners appeared to “transport” from one location to another, the study concluded. Results from this study demonstrate evidence of socio-spatial cognition in cats, meaning they can mentally picture where others are through cues like sound.

“It is generally believed that cats are not as interested in their owners as dogs are, but it turns out that they were mentally representing the invisible presence of their owners,” Takagi said.

Other animals, like vervet monkeys and meerkats, demonstrate this sense as well. The study said this ability to create mental images based on sound and other stimuli indicates complex thinking. The ability is particularly important for animals that need to hunt prey under poor visibility.

“This is an ability that is the basis of creativity and imagination,” Takagi said. “Cats are thought to have a more profound mind than is thought.”

Ingrid Johnson, certified cat behavior consultant with Fundamentally Feline, said cats can get attached to their humans — especially when they’re older. She said some senior cats wake up distressed when they can’t see or hear their owners.

“This is a great example of elevating our expectation of the cat a little bit and realizing that they do have the capacity of having that bond in that relationship where they actually will take comfort in their people,” Johnson said.

Studies have found cats can also distinguish between their owners’ and a strangers’ voices, and they can recognize emotional sounds.

“Cats spend most of their time sleeping, and people often think that it’s good that cats just sleep,” Takagi said. “But cats … may be thinking about many things.”

Our feline friends might be more perceptive — and hear more — than we give them credit for.

Whether they choose to listen to you is a different story (or study).