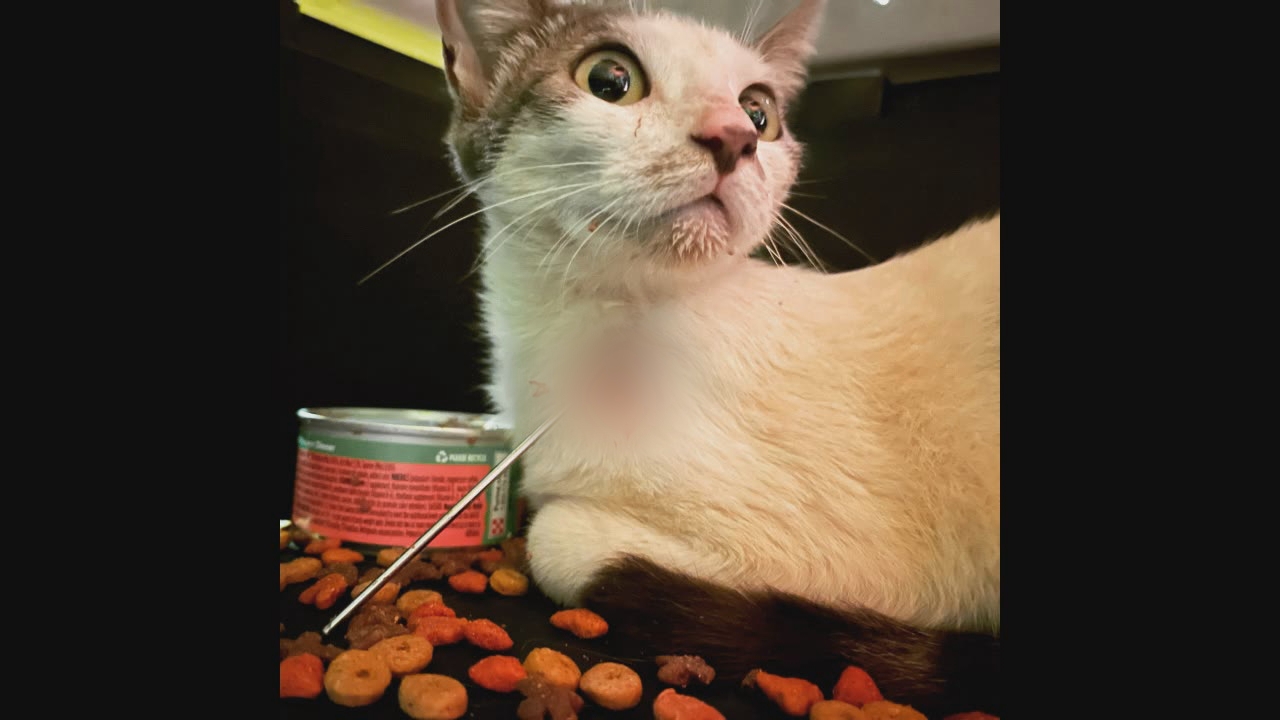 HONOLULU (KHON2) — A cat named Katniss is recovering after she was brought to the vet Thursday morning to treat a blow dart wound. Aloha Affordable Veterinary Services confirmed with KHON2 that they treated the cat.

“It is our understanding that a group of soldiers… purchased blow dart guns while on a recent training mission to Indonesia and brought them home to Hawaii,” said KAT Charities founder Dr. Karen Tyson.

Tyson added that they have seen multiple cats with darts in them and has knowledge of two cats that were found mutilated near the Popeyes on base. The cats were found with their stomachs slit open — their intestines and organs spilling out.

“While extremely graphic, we believe it is important to note that the animals appeared to have been purposefully accidentally mutilated as opposed to ally hit by a car,” Tyson said.

Volunteers with KAT Charities who reside on Schofield Barracks feed the stray cats and conduct TNR (trap, neuter, release) to curb the overpopulation of stray cats on the island. One of the volunteers found Katniss, but there are other injured cats still out there.

A spokesperson for US Army Garrison Hawaii sent KHON2 this statement:

“While we want to give the commanders the opportunity to investigate the situation, we worry
animals will continue to be harmed,” Tyson said.

According to Tyson, multiple incident reports have been filed with the military police on base. She added that there are still cats on base suffering with blow darts in them, including at least one cat with a blow dart in its head.

A fundraiser has been set up for Katniss to pay for her vet bills, and more bills are expected as more injured cats get caught.

Check out more news from around Hawaii

Those convicted of animal cruelty may be fined, imprisoned or dishonorably discharged from the military.

This story has been updated to remove the unit named by KAT Charities.