The Sturrock brothers describe their cat Tigger – a two-year-old Bengal – as a “ferocious beast” who stars down and scares off even the largest neighborhood dogs. But last week, the fearless feline took things to a whole new level.

Gavin walked out of his home in North Vancouver, carrying boxes to the car for an upcoming trip out of a town for a Nerf gun war when he saw a black bear in the driveway.

“Imagine opening your door, taking a few steps outside and seeing a bear like right in front of you. That’s exactly what happened to me,” he tells CTV News.

He tried calling to the cat, saying Tiger can be obedient on occasion. He even tried reasoning with his pet, telling Tiger he was outmatched by the massive animal and would surely lose a fight if he started one.

“He didn’t listen to me, obviously.”

‘YOU THINK I COULD DO THAT TO A BEAR?’

That’s when he started filming, and a snippet he later posted to TikTok has since been shared hundreds of times. Gavin describes what it shows.

“He protected me. You think I could do that to a bear? I mean I’m bigger, I’m human, but I don’t think I could. It’s crazy.” 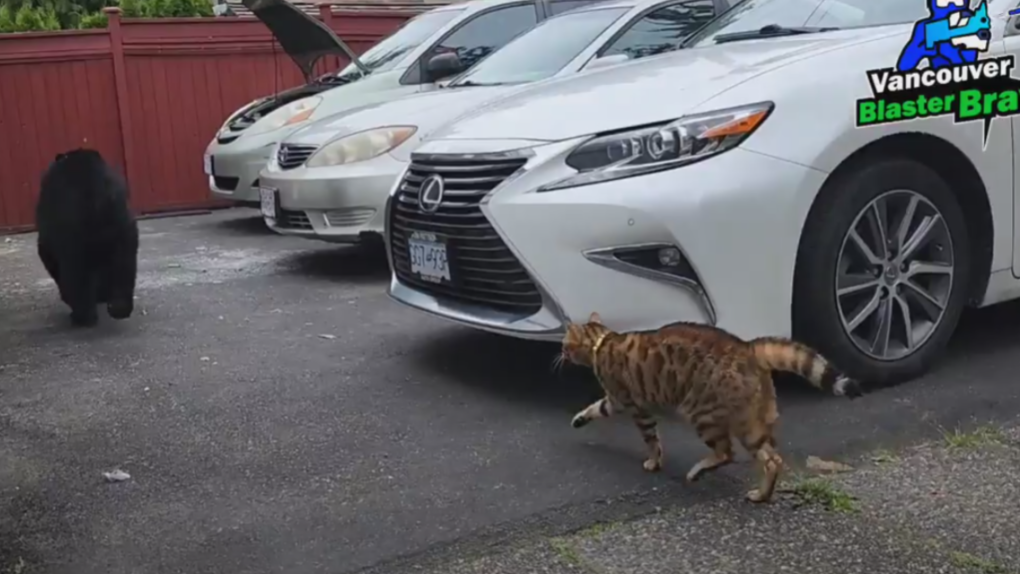 When Gavin’s brother, Cam, also carrying an armful of stuff to take to the car, walked out of the house he says he was shocked into silence.

“I’ve never been so close to a bear in my entire life. It was really crazy. I was so scared and then Tiger just walked up to the bear slowly, slowly, slowly,” he says.

“I was so scared, I thought Tiger would get hurt, but he managed to stand his ground and chase the bear off. I’ve never been that scared in my life.”

After the bear turned tail, Gavin scooped Tiger up and took him back into the house. 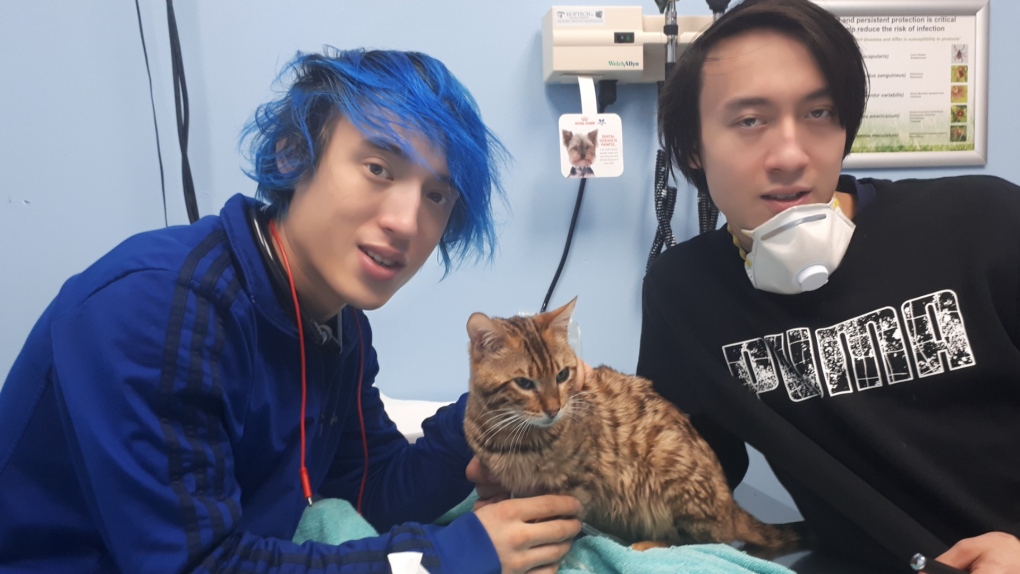 Both brothers note that Tigger didn’t start off as a feisty, daring pet. Instead, he was very sick when the family brought him home as a kitten, suffering from feline infectious peritonitis. The virus is often fatal but the brothers say an experimental treatment cured their cat.

“He was sick for a long time but then he got better, he actually overcame it. He went from being a super sick cat to becoming a full-on bear chaser,” Cam says.

The bear hasn’t been back to the home since its encounter with Tiger last Tuesday.