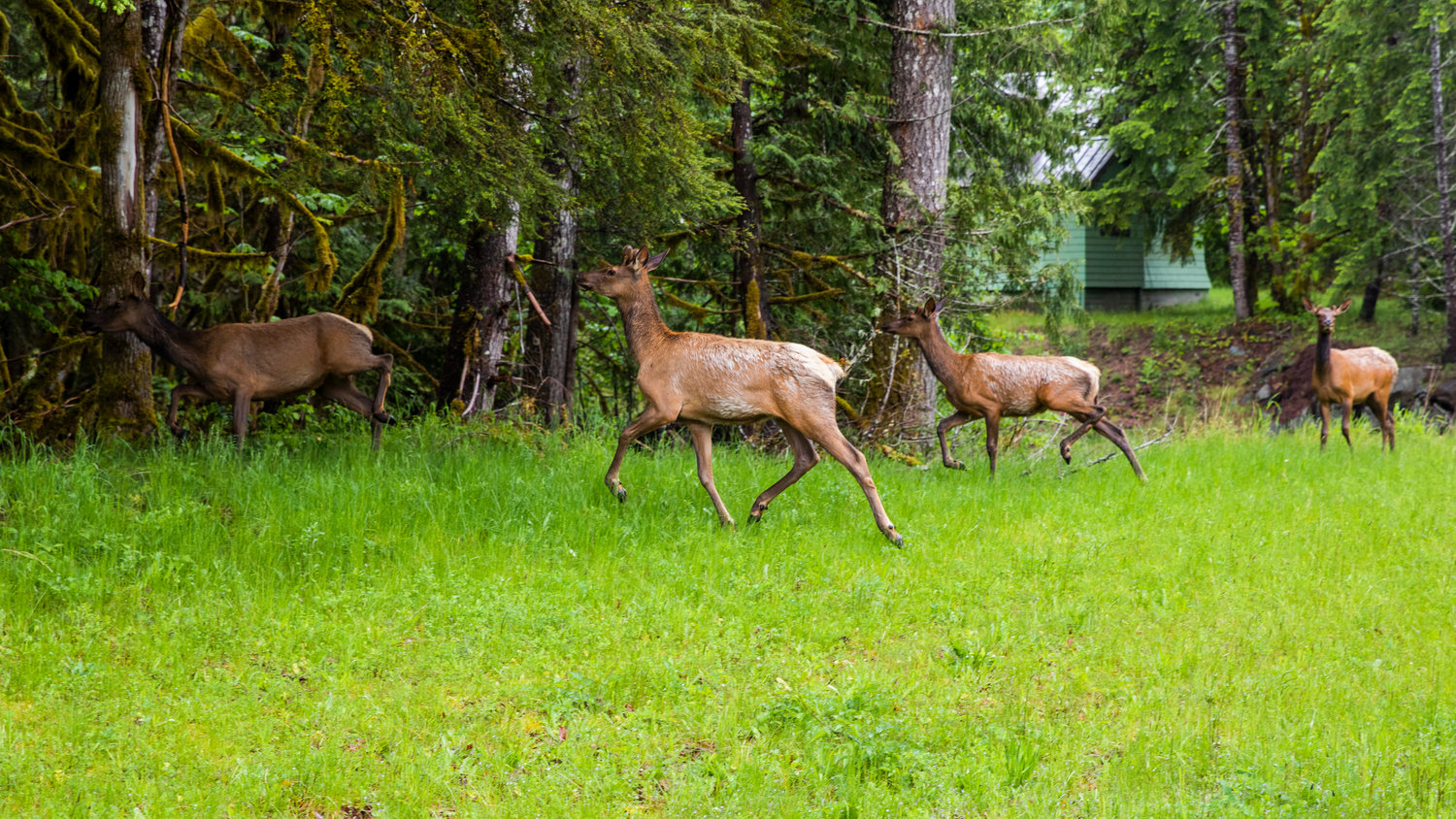 An unusually cold and wet spring, one in which 4.97 inches of rain fell between April 1 and Wednesday, may be a boon for deer and elk.

But for ground-nesting birds, including imperled sage-grouse, the weather is a mixed bag, said Michael Atamian, the district biologist for the Washington Department of Fish and Wildlife.

“Typically, for our ground-nesting upland birds it’s a mixed blessing. The increased rains lead to increased growth and increased insect density,” he said. “In that sense, it’s a bonus. The downside … (with) the timing of the rain is that if the chicks just hatched, they don’t have any good thermal regulatory ability. If they get soaked, they are a goner .”

In general, ground-nesting birds hatch between March 1 and July 1, with hatching peaking in April and May, he said. While the chicks have down feathers that are more than sufficient to keep them warm during cold and dry weather, if they get soaked they likely will die, although hens protect as many of their chicks from the rain as possible. WDFW isn’t monitoring any ground-nesting birds and the agency doesn’t have any hard data about how rain is impacting them, but Atamian said, “I would say that the amount of rain we’ve gotten this spring and the duration of it, we will have lost some of our chicks.”

One potential protection against hypothermic chicks is a good nest. That, however, requires good habitat, which is something Washington’s ground-nesting birds have seen evaporate due to wildfire and development.

“For our ground-nesting upland birds, the habitat loss is what we’re battling,” he said. “In particular for areas that just burned in the 2020 fires, that’s going to be a hard one. We already have the one-two punch of a large fire followed by a drought and heat wave.”

That’s especially true for sage-grouse, which are on the state-endangered species list.

“I would tell you, as far as sage-grouse go, to be honest, this rain hasn’t been good,” he said. “But the bigger impact to our sage-grouse is the lack of cover.”

All that being said, for chicks that survive the spring, the increased plant growth and increased insect density will be a good thing.

“In that sense, it’s a bonus,” Atamian said.

For larger animals, like deer and elk, the rain is all good.

“It’s probably a bonus for most of our big game animals,” Atamian said “That’s one of the advantages of being bigger.”

Plus, ungulates have their babies later, with most fawns being born now, he said. The increased rain will mean more forage for the animals. Of course, this could become a negative if once the rain stops the state is hit by a heat wave, thus drying out all the forage.

But Atamian and others caution a lot can change in the next few months.

“Just because it’s trending wetter and cooler now doesn’t guarantee what the rest of the summer could bring — there’s still an opportunity for a scorcher summer that results in fires and drought conditions by September,” said Dan Wilson, the Washington chapter secretary for Backcountry Hunters and Anglers.

“Overall, I’d say hunters should be tentatively optimistic for an upward trend this year, but that answer could change in a month or two.”