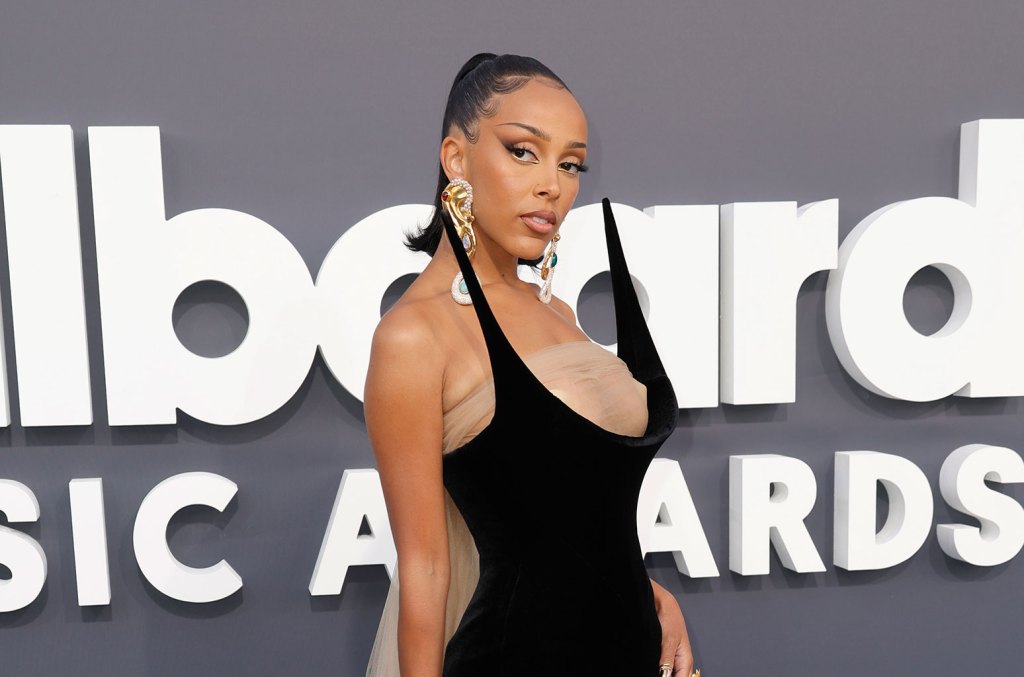 Doja Cat may have just had throat surgery, but that’s not stopping her from rapping to one of her favorite artists’ songs. Following a procedure she recently had done on her tonsils — which she previously revealed had developed a potentially dangerous growth — the 26-year-old “Kiss Me More” artist shared a video on Thursday (June 16) in which she raspily delivers the lyrics to Nicki Minaj’s verse on Trey Songz’ “Bottoms Up” while still wearing her hospital gown.

“Could I get that margarita on the rock-rock-rocks?” Doja quietly raps in the Twitter video, laying back on a pillow and sounding a little like she’s struggling slightly to get the words out. “Could I get that salt all around that rim, rim- rim-rim? Trey, I was like, ‘Yo, Trey,’ do you think you could buy me a bottle of Rosé?”

The Planet Her artist — who has raved several times before about her love for her “Say So” collaborator Minaj — also shared three selfies from the same spot in bed. In one, she flashes a backward peace sign, revealing an IV needle stuck in the back of her hand.

When asked by a fan if the photos meant she was about to go into surgery, Doja replied that she “did it already.” She went on to tweet several times about how she’s been playing the Sims video games, which means fans now know exactly what she’s doing to pass the time while in recovery.

The rapper has been candid in the past few weeks about her tonsil infection, which began the night of the 2022 Billboard Music Awards. “I was taking f—in antibiotics but forgot that i was taking them and then i drank wine and was vaping all day long and then i started getting a nasty ass growth on my tonsil so they had to do surgery on it today,” she tweeted last month, later pleading to quit vaping altogether.

A day later, she revealed that she would be needing a second surgery and that her condition had become so severe, she would need to cancel her planned festival shows and her run with The Weeknd on his After Hours Til Dawn tour. “I feel horrible about this,” she wrote. “But can’t wait for this to heal and get back to making music and create an experience for y’all.”