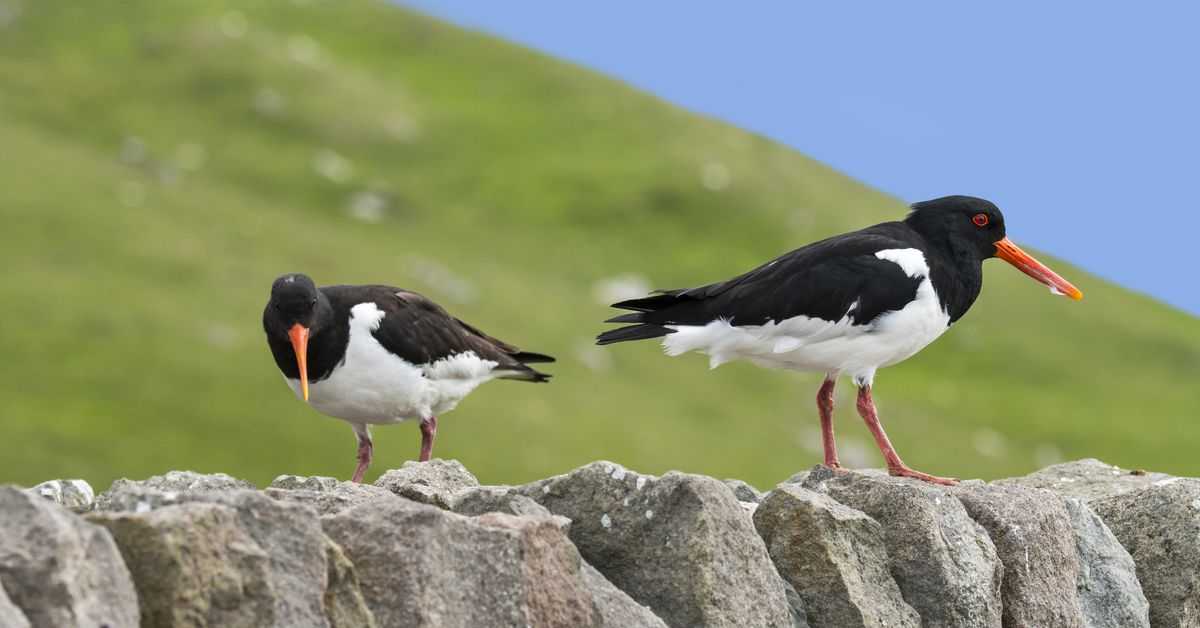 The hunt is on for a bird tracking device that, instead of logging the bird’s movements, is likely tracking the travels of an unwitting tourist. Researchers are asking for the public’s help to retrieve the tracker so that it can be used to study birds again.

An oystercatcher, a black and white bird with a long, red-orange beak for breaking through shellfish, initially brought the tracker from Dublin, Ireland, to Orkney, an archipelago of the islands north of Scotland.

The bird seemed to have lost the tracker at the beach on one of the islands, Sanday, on April 7th. It stayed there until late May, when the device started tracking unusual movements for a bird.

“It’s gone on a bit of a Tiki tour,” Steph Trapp, a PhD student at the University of Exer leading the research project that the trackers, said in a BBC video. It made its way to a campsite and stayed overnight before visiting a pizza shop. Eventually, the tracker caught a flight down from Edinburgh, Scotland, to London, England. Now, researchers believe the tracker has found a home on a residential street in Ealing in West London.

The GPS device, which looks like a flash drive with a little solar panel attached, sends out signals about its location every couple of hours. That’s how researchers were able to map out the journey they think it’s taken with a tourist from Orkney back to London.

Twitter can you please help? We have a tag that has fallen off one of @mindthetrap‘s oystercatchers. Someone visiting Orkney in the last few days seems to have found it and taken it to London. Can you please RT and/or get in touch if you think you can help us get it back! pic.twitter.com/a2IoXzI02h

“We assume that someone’s been on holiday in the Orkneys and come across this tag laying on a beach not really knowing what it was, picked it up, maybe stuck it in a pocket and forgot about it,” Trapp told the BBC. “I’m sure they don’t realize that we have been able to follow where they’ve been almost their entire holiday and almost down to the exact house that we think it must be in.”

Trapp and her colleagues are hoping the person will realize what they’ve picked up and send it back to them. They’re offering a £100 reward for its return, BBC reports. The tracker reportedly costs about £1,000. The tracker’s new host can contact the College of Life and Environmental Studies at the University of Exeter to return the device. And there are no hard feelings — Trapp tells BBC she likely would have done the same thing if she came across a similar device at the beach.

There are no hard feelings

The researchers placed the trackers on several types of birds that typically wade through shallow waters along north Dublin, ITV reports. The birds move further inland to places like public parks when high tides inundate the places where they normally forage. While much of the birds’ typical coastal habitat around Dublin Bay is protected as a UNESCO-recognized biosphere, those protections don’t necessarily extend to more urban areas inland. Trapp is working with the County Dublin to figure out which urban areas are most important to the birds in an effort to better protect them, according to ITV.