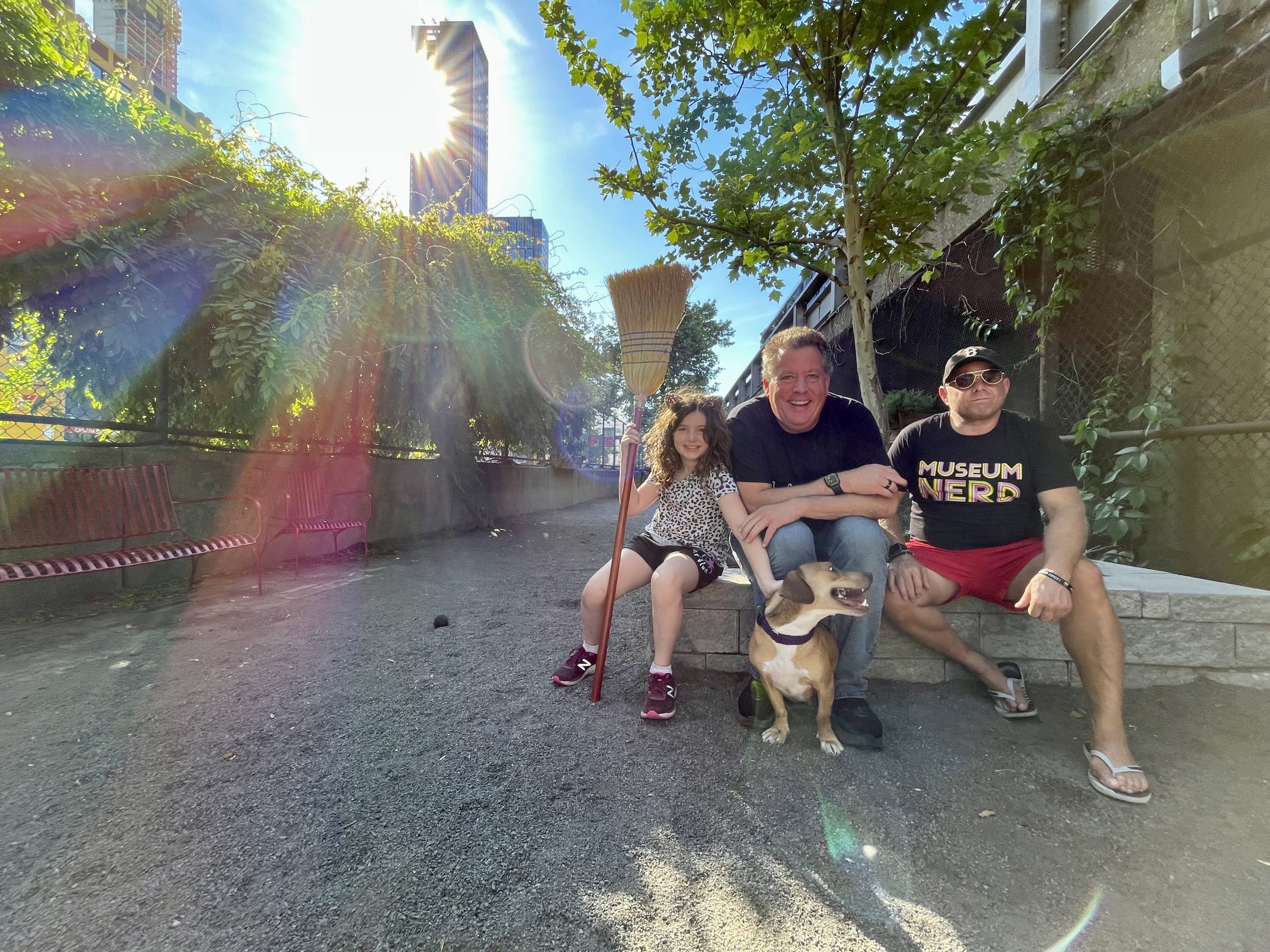 A new team of Hell’s Kitchen and Hudson Yards neighbors has come together to revamp and reopen the Astro’s Community Dog Run — touted by the New York Times as the “one of the last, best bargains in New York” — and this weekend you can see it for yourself at an open house rekey event!

For those seeking a fresh hangout for Fido while Pier 84’s dog run shuts down for renovation, new and returning Astro’s members can pick up the keys to the park (located on 10th Avenue between W39th and W40th Streets) this Saturday from 9am to 1pm and Sunday from 1pm to 5pm. New members should apply here and all applicants can pay the $50 yearly fee through cash in-person or over PayPal.

“It really is the best value,” said Peter Shankman, an Astro’s board member and the owner of Waffle the dog. “It’s like the cost of three lattes.” Shankman, with fellow community members Ryan Brodsky and Mike Mellinger, stepped up to take over the Port Authority-owned dog run when the previous organizer abandoned its maintenance.

The trio met while hanging out at the dog run — a cheerful triangular strip of land discreetly nestled behind a community garden and next to the Port Authority Bus Ramp (quieter than you’d think!) — and Shankman, Brodsky, and Mellinger were eager to keep Astro’s up and functioning as a gathering spot for West Side dog owners.

“We really wanted to keep it going because the people are awesome,” Shankman said. “The members that we’ve had are phenomenal people. We’ve got people from all walks of life — dogs are a great equalizer in that regard. I don’t care if you’re a multimillionaire, or you’re trying to find a job on Broadway — if you have a dog, you come to the dog run and you’re there as the dog’s servant,” he laughed.

Brodsky, Mellinger, and Shankman also thanked the volunteers who have helped with maintenance while they revamped member logistics. “People have been coming in and doing what needs to be done,” said Brodsky. “But this is the first time that we’re having a formal list of members and so it’ll probably become, I think, a little bit more organized.”

The active community of dog owners has kept Astro’s a stress-free and safe oasis for dogs and their owners over the course of the pandemic — something that the board wants to maintain. “I come here at night, and I felt totally safe coming here during the pandemic,” said Shankman. “We want it to be a place where people come in and help out.”

They’d like to eventually organize additional events to get to know each other — “We’d like to build a community during the summer, like a ‘come hang out with your dog on Friday nights’ type thing,” Brodsky said, adding that they hope to rally members to protect the future of the run in the face of constant Midtown development.

“When the Port Authority changes, this land is going to change. We’ll need people to advocate for our space in the future,” he said. “The Port Authority has their eyes set on 14 new skyscraper high rises,” Shankman added. “We might very well lose this — or at least have to fight for it.”

For now, their relationship with the transit landlord is good. “The people on the Port Authority Board right now are wonderful people,” Shankman said. “We’re always thinking about what happens in 10, 15, or 20 years, but right now the board is phenomenal. They give us everything to help us out — filtered running water for the dogs, storage, whatever we need.”

And the city agency isn’t the only org to offer support — the nearby Manhattan Plaza Health Club provides dead tennis balls for dog toys.

All that’s needed now are new locals to complete the canine community. Shankman said: “The goal is — happy people, happy dogs — on a tract of land that otherwise wouldn’t be anything.”