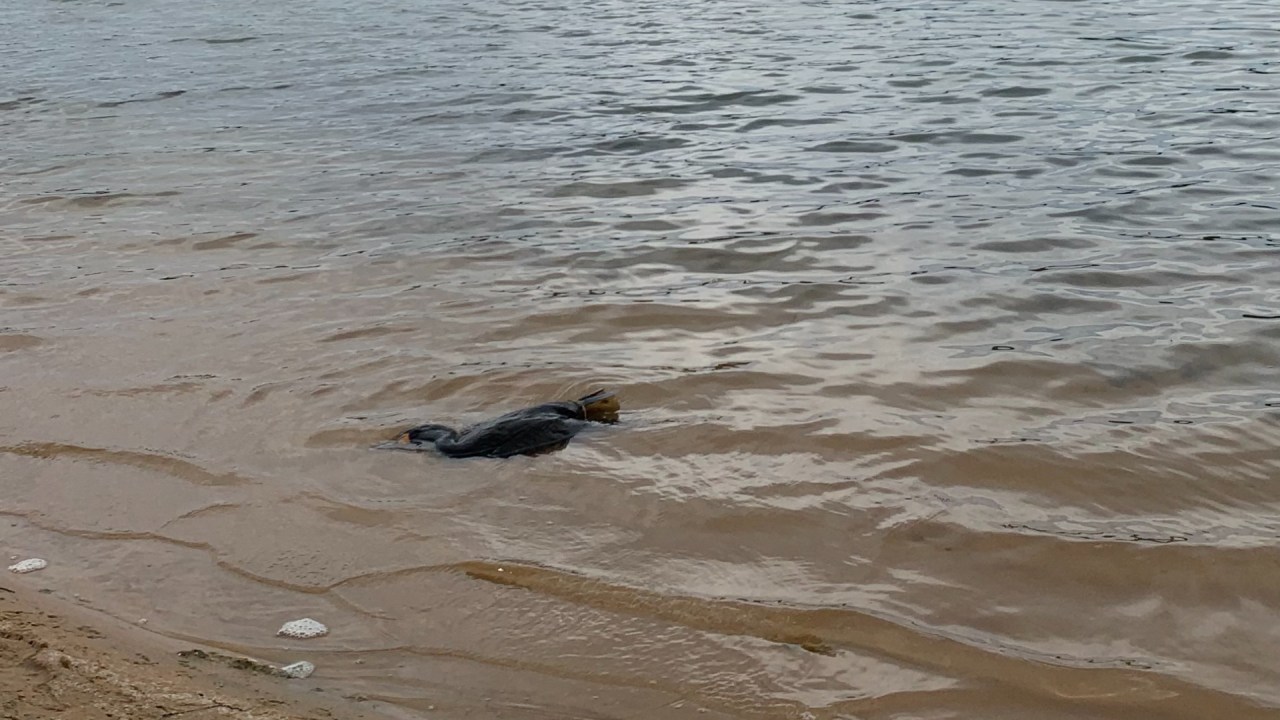 MUSKEGON, Mich. (WOOD) — A growing number of dead birds are showing up in the recently-opened Dune Harbor Park in Muskegon.

Muskegon County bought the property last December and partially opened it to the public in March. The county says it’s perfect for kayaking and fishing. But only a few months since it opened, visitors are finding dead birds washed ashore. It’s unclear why they died.

Jodie Diehl and her husband have come to the park once a week since it opened.

Diehl said they’ve seen cormorants ever since the park opened.

“Before the ice was totally even out, the cormorants were here,” she said. “So they’ve been here for a long time. We thought they’d just be passing through, but they’ve remained.”

They’ve seen hundreds of cormorants gathered on an island on the water. She said there were so many the island looked black from afar.

“We kind of affectionately call it cormorant island,” Diehl said with a smile.

But on May 21, she found multiple dead cormorants along the shoreline. About a week later, she came across more than a dozen dead birds scattered for miles surrounding the lake.

“You can’t disregard that many cormorants in just a seven-day time span,” Diehl said. “To go from three to four, to 10 to 12 cormorants.”

What shock her the most was seeing some birds that were in the process of dying.

News 8 went to the park on Saturday and saw three dead birds in the span of 100 yards along the shore.

“I don’t want to see the cormorants dying,” Diehl said. “What have we got to do to keep them from dying from the numbers that they are?”

Diehl said this is startling other visitors too.

“Someone else had noticed, ‘yeah there’s all kinds of dead things along this lake, we’re not quite sure if we want to hang out here,’” Diehl said. “That’s literally what they said to us.”

Bird flu was discovered at a commercial turkey farm in Muskegon County in May. There could be many causes of the dead birds in Dune Harbor Park.

News 8 reached out to the DNR for answers on Tuesday. A representative said this is the first time they’ve heard about this, and they will be looking into it.

Jodie is eagerly waiting for answers.

“You just have to start asking questions,” she said. “Why are they dying? Why are there so many? Why doesn’t anybody know about it?”