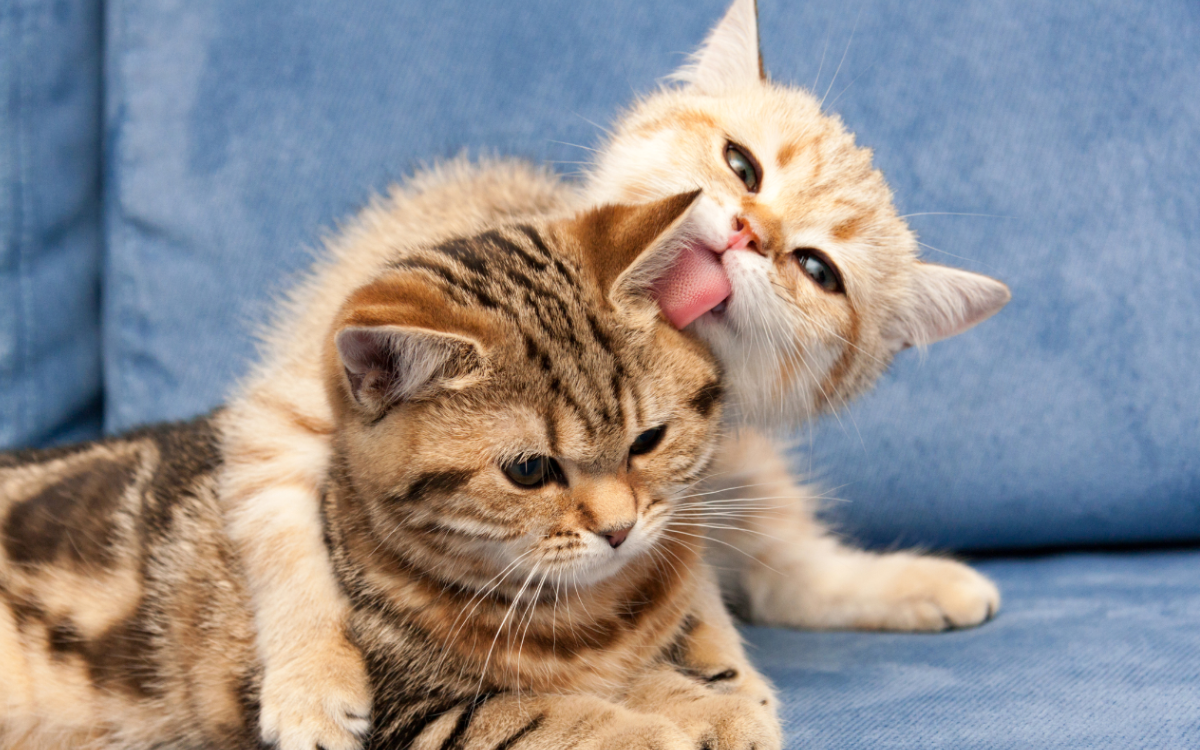 The moment a homesick rescue kitten turned to his new owner’s older cat for comfort has been captured in footage shared to TikTok.

In a video shared to social media by the cats’ owner, posting under the handle hopperkitten, the younger cat can be seen cozying up to the older feline while he naps on an inviting looking cushion underneath his owner’s bed.

“Introducing my cat to my new kitten,” the accompanying caption on the clip reads, with the heartwarming footage already accruing more than 2.6 million views.

It can be viewed here.

Integrating a new cat with an older one is difficult enough, but there’s an extra layer of complexity when a rescue cat is involved.

Rescue cats can sometimes come into a new and welcoming home from difficult living situations. It can take time and space for the trauma of their previous circumstances to fade. Alternatively, they may feel a sense of separation from their previous carers.

Research from the Swedish University of Agricultural Sciences highlighted how many cats interact more with their owners after a period of separation, indicating that they weren’t only aware of their absence but missed them too.

In this instance, the kitten featured in the clip didn’t appear to be pining for any human companion but instead seemed to be missing the comfort and warmth of the other cats in their litter.

Eager to fill the void, she sought out her owner’s older cat, Hopper, who had up until this point lived alone. As the video shows, while Hopper is slightly hesitant around his new four-legged companion, he doesn’t bat her away in a manner many less friendly felines would.

The good news too is that a bond formed between the two in the weeks since the video was first filmed, with the pet owner explaining that after some “confusion he fell in love with her.” She added: “It only took a few days for them to be besties.”

Though Hopper appears slightly standoffish, the burgeoning bond highlighted in the short clip was enough to leave cat fans feeling warm and fuzzy on social media.

Edriananana thought it was “so cute” with nctreeza writing: “He secretly loves her.”
Sadisticsapphire, meanwhile, noted that Hopper gave the younger cat “a slow blink” which is apparently an indicator he is not “displeased with the setup.”

Another user, Tina Morrison, shared her own heartwarming story of a similar experience. “I had a 16 year old cat who hated everyone and everything,” she wrote. When we brought home a kitten he was having none of it or so we thought…”

“Every morning at 4 am they would chase each other around the house. When my old man was crossing the rainbow bridge, my other cat didn’t leave his side at all.”

Drug.bby also loved the footage having had a similar experience with their pets. “As someone with a mean cat who loves my kittens it’s an amazing thing to see,” they said.

Do you have funny and adorable videos or pictures of your pet you want to share? We want to see the best ones! Send them in to life@newsweek.com and they could appear on our site.