By Andrea Pluck For Mailonline

Grim footage of big cats believed to be showing signs of eating their own tails in a Mexican wildlife sanctuary has been circulating on social media amid claims that animals are living in ‘holocaust’ conditions.

Mexican actor Arturo Islas Allende, 35, highlighted the animal’s plight in a viral post, which is believed to have been taken at The Black Jaguar White Tiger Foundation’s wildlife centre.

The emotional video shows a number of big cats looking frail and emaciated with various sores all over their skin.

Actor Arturo Islas Allende calls the big cat habitat a ‘holocaust’, saying ‘he doesn’t understand how for so long, no one has done anything’ 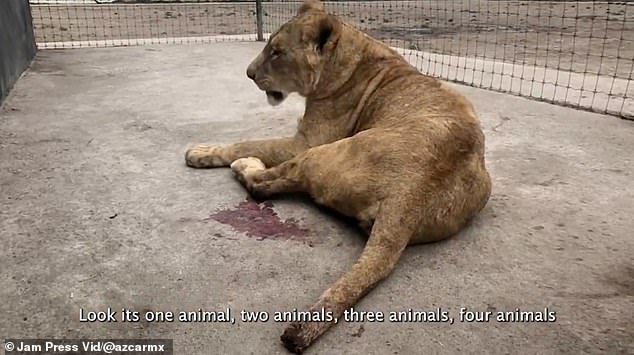 The footage shows various big cats with mutilated tails, which is alleged to be down to the felines gnawing at them. It is believed the Black Jaguar-White Tiger Foundation has been reported by animal named for abuse

During the video, Mr Allende calls the habitat ‘a holocaust’ and says he ‘doesn’t understand how for so long, no one has done anything’ to put a stop to the suffering of the animals.

The foundation, located in the borough of Tlalpan in Mexico City, is reportedly dedicated to rescuing wild cats and other animals from terrible conditions at circuses, zoos and illegal breeding centres.

However, the actor revealed that animal activist Yael Ruiz reported the center to the Federal Attorney for Environmental Protection (PROFEPA) after working there for two years and witnessing the neglect the animals have faced, but allegedly failed to hear back. 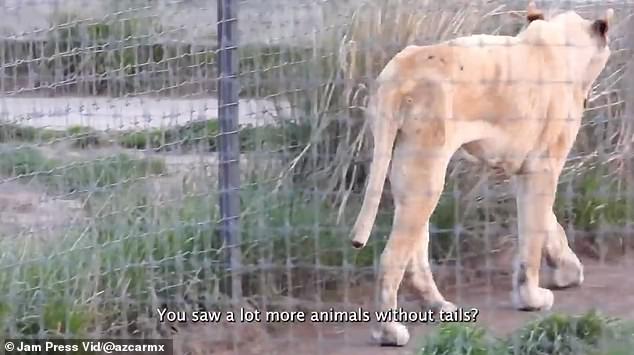 The footage goes on to show more animals without tails at all, with many looking frail and thin 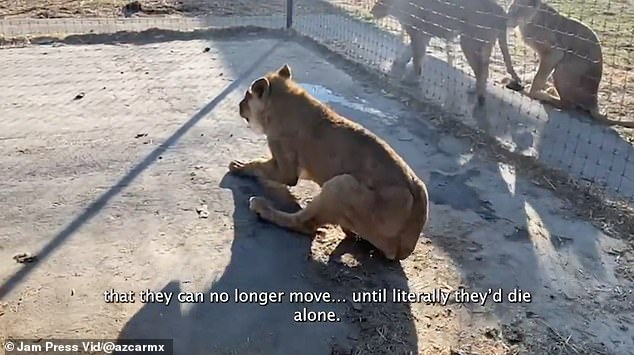 Animal activist Yael Ruiz reported the center to the Federal Attorney for Environmental Protection (PROFEPA) after working there for two years. Throughout the video, Ruiz shares her experiences working with the animals and details how many of them can no longer move and will soon die

He said: ‘[Ruiz] looked for me and asked to take me; I went and was able to see, record and witness the horror for myself.

‘A complaint was filed with @profepa_mx and other authorities days ago and nothing has happened.’

The video goes on to show several felines with mutilated tails as Ms Ruiz explains the big cats eating their tails ‘out of anxiety’.

Mr Allende and animal rights groups such as the Association of Zoos, Breeders and Aquariums of Mexico (AZCARM) have reported the foundation for animal abuse.