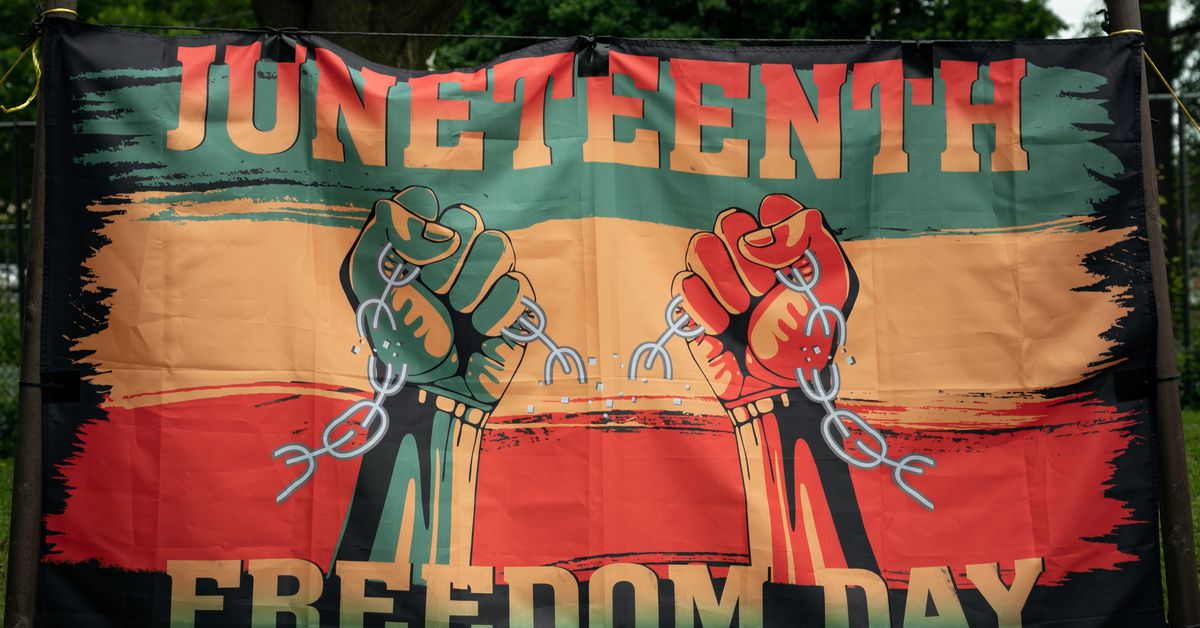 Background: Utica held its Juneteenth Celebration a day early at Chancellor Park on Saturday, June 18th, 2022. Juneteenth is the anniversary of June 19, 1865, when the news slavery was outlawed finally reached Galveston, Texas. Utica’s longstanding annual celebration goes back to when African American Heritage Day was celebrated in August in the park. Juneteeth Celebration

One of the most important themes of American history for US citizens to discern from a sociological and psychological standpoint is the fundamental difference between the plights of oppressors and those of the oppressed.

There is no in between, in my opinion.

In order for a person to feel empathy for someone else —- s/he must experience a level of humiliation that would help him/her imagine what another person might feel under somewhat similar circumstances.

For me, a scenario occurred on a Christmas Eve nearly 30 years ago that forever changed my life and the way I view prejudice.

I was doing to some last minute Christmas shopping at a Boston area Filenes (department store). Understandably, the store was packed to the rafters with Christmas shoppers.

Outside, a light snow was falling ever so gently, as if the snowflakes were suspended in mid-air. Literally, someone was roasting chestnuts over an open fire while groups of carolers were singing “We Wish You a Merry Christmas.”

As I entered the store, my heart was overflowing with the pure ambrosia of Christmas.

A mere five minutes into my browsing, I had a weird feeling that I was being followed. Every time I turned down an aisle, a tall man in a black sweater and brown boots came around the corner. Maybe we were looking for the same gift, I thought.

After seeing the man appear at the end of the fifth aisle that I was browsing, I approached him and asked if he was following me.

The man said he was an undercover security guard and he was being paid to make sure that patrons weren’t stuffing gifts inside their hefty parks.

Thus, I was standing there right in front of the man realizing that of all of the hundreds of shoppers in Filenes on Christmas Eve, he had picked me out as the most likely thief.

The mere thought of this made me irate in a way I had never felt before. I screamed at the man and told him he was barking up the wrong tree. Within a matter of seconds, I was stomping toward my car and vowing to myself that I would never shop at a Filenes again.

The joy in my heart had suddenly been replaced with contempt.

I told myself, hey it’s Christmas Eve, go to another store and forget about it,

I didn’t feel a sense of freedom to be able to do that. I will never forget looking at my eyes in the rear view mirror and wondering then what it must be like for people who have to look over their shoulder every time they walk up the street or enter a store.

Imagine what it would feel like to be looked at every day as some sort of a criminal or monster.

Another life lesson I learned came in an epiphany I experienced while reading Mary Shelley’s Frankenstein. I was preparing to teach the novel to a class of high school seniors and suddenly came to the realization that when I had read it myself in high school, I had somehow missed or skipped over what might have been the most important nuance of the text.

The profound irony with regard to the monster is that he is inherently good and desperately wants to be embraced and loved. Yet, from his very first eye-opening inception, the monster is abandoned and ostracized by his own creator.

The monster is cast adrift and one day rescues a little girl from drowning. And yet for all of his goodness, the monster is shot and badly wounded by the girl’s father.

Time and time again, the monster is greeted with screams and horrified cries of derision.

The only person who engages in friendly banter with the monster is a blind man whose children arrive on the scene and quickly shoot the monster away.

And then —- comes the monster’s moment of truth:

While pondering his fate while sitting in a freezing cold hovel at the top of a mountain, the monster avows:

“I will avenge my injuries. If I cannot inspire love, I will cause fear.”

As applied to the plights of oppressed people in America, is it really that difficult for anyone to understand how they can relate to the monster’s moment of truth?

Therefore, it was a historical misunderstanding that Washington Commanders’ defensive coordinator Jack Del Rio manifested when he compared the looting and burning of stores during the Black Lives Matter protesters to what he described euphemistically as a “dust up” at the United Staes Capital on January 6th.

To be certain, no law-abiding citizen should ever condone the acts of violence that occurred on both occasions.

But, law-abiding citizens need to be able to understand the, psychological and sociological causes of the violence that occurred on occasions —- so as to know why those causes are not historical comparable.

As in —- understanding how different life is in America for the oppressors and the oppressed.

As in —- understanding the plights between those seeking equality and those fighting for superiority.

Jack Del Rio was not fired by the Commanders…which, in my opinion paved the way for the best possible outcome.

Instead, Del Rio was fined $100K, ironically by one of the five head coaches of color in the NFL —- not for exercising his 1st amendment right of free speech —- but for being what Ron Rivera described as “a distraction to the team .”

Rivera said that free speech is every American’s right, but that it often comes with a good deal of responsibility and accountability.

Jack Del Rio has since apologized to the team for the distraction, and has welcomed his players to talk openly with him about the gist of what he said.

Ron Rivera, who has been engaging in numerous conversations with Del Rio himself, reported that from everything that he has heard from the players —- the conversations have been very positive and constructive.

As in —- these are the types of conversations that can enlighten the minds and hearts on both sides.

As in —- these are the types of conversations that can inspire change.

“Darkness cannot drive out darkness, only light can do that;

Hate cannot drive out hate, only love can do that.” Martin Luther King

I hear America singing, the varied carols I hear,

Those of mechanics, each one singing his as it should be blithe and strong,

The carpenter singing his as he measures his plan or beam,

The mason singing his as he makes ready for work, or leaves off work,

The boatman singing what belongs to him in his boat, the deckhand singing on the steamboat deck,

The wood-cutter’s song, the plowboy’s on his way in the morning, or at noon intermission or at sundown,

The delicious singing of the mother, or of the young wife at work, or of the girl sewing or washing,

Each singing what belongs to him or her and to none else,

The day what belongs to the day—at night the party of young fellows, robust, friendly,

I, too, sing America!

I am the darker brother.

They send me to eat in the kitchen

I’ll be at the table

“Eat in the kitchen,”

They’ll see how beautiful I am