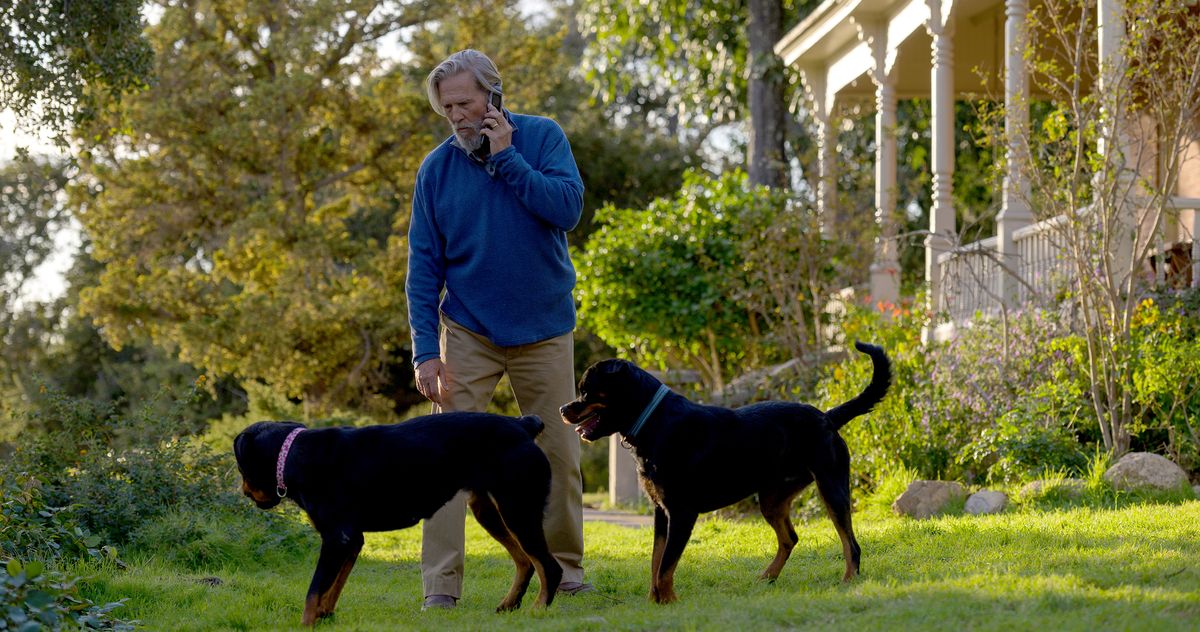 If I asked you whether your favorite character in FX’s The Old Man was Jeff Bridges’s grizzled former CIA operative Dan Chase or John Lithgow’s grizzled FBI director Harold Harper, your answer would be wrong, because that’s a trick question. Your favorite characters are Dan Chase’s two dogs, Dave and Carol. “They have people’s names, those are people’s names,” notes a bemused doctor in the first episode, trying to make sense of these two perfect Rottweilers lying in his office. Chase brings these dogs everywhere: restaurants, apartment rentals, gun fights with much younger CIA dudes — and they are very good in each scenario, yes they are!

But their addition to the cast also creates a great deal of tension for those of us who would rather be in a minor car accident with no injuries than see a good dog die on screen. What will become of this good boy and good girl? We’ll be keeping track in this very specific recap of only things that happen to or are done by the dogs.

The Old Man’s dogs get their first big moment in the doctor’s office, where they remain polite, even as the doctor rudely marvels at their “people names,” as though these dogs aren’t better than almost every human Dave or Carol you’ve ever met .

They’re also perhaps the quietest dogs you’ll ever see, and go into full stealth mode when an assassin breaks into Chase’s home later that night. Nary a bark escapes the lips of these buddies as they hunt down and rough up the dastardly killer, who only escapes the jaws of the beast when Chase calmly calls out “Aus,” revealing that the dogs also speak German — they are dogs of culture !

Later, the dogs accompany Chase to a local diner where they again remain polite even as the waitress declares “service animals only!” “Warming my feet’s not a service?” Chase asks, in a way that would be annoying if it weren’t in defense of such extremely good li’l buds. Later that night, the dogs end up in the midst of a real dustup when Chase confronts two CIA operatives — they come to his aid with a whistle and chomp a guy!

“They are exceptionally well-behaved dogs,” Chase offers as he pleads with his new landlady Zoe to not throw him and the dogs out of his no-dogs-allowed apartment. For some reason, Zoe is obsessed with the idea that the dogs will eat her husband’s couch. It’s unclear what unresolved trauma she has around dogs and her husband’s couch, but she eventually realizes how good the dogs are and decides to look the other way — husband’s couchs be damned! The next time we see the dogs, they’re getting to go in the car (!!) as Chase considers leaving landlady Zoe, to whom he fears getting a little too close.