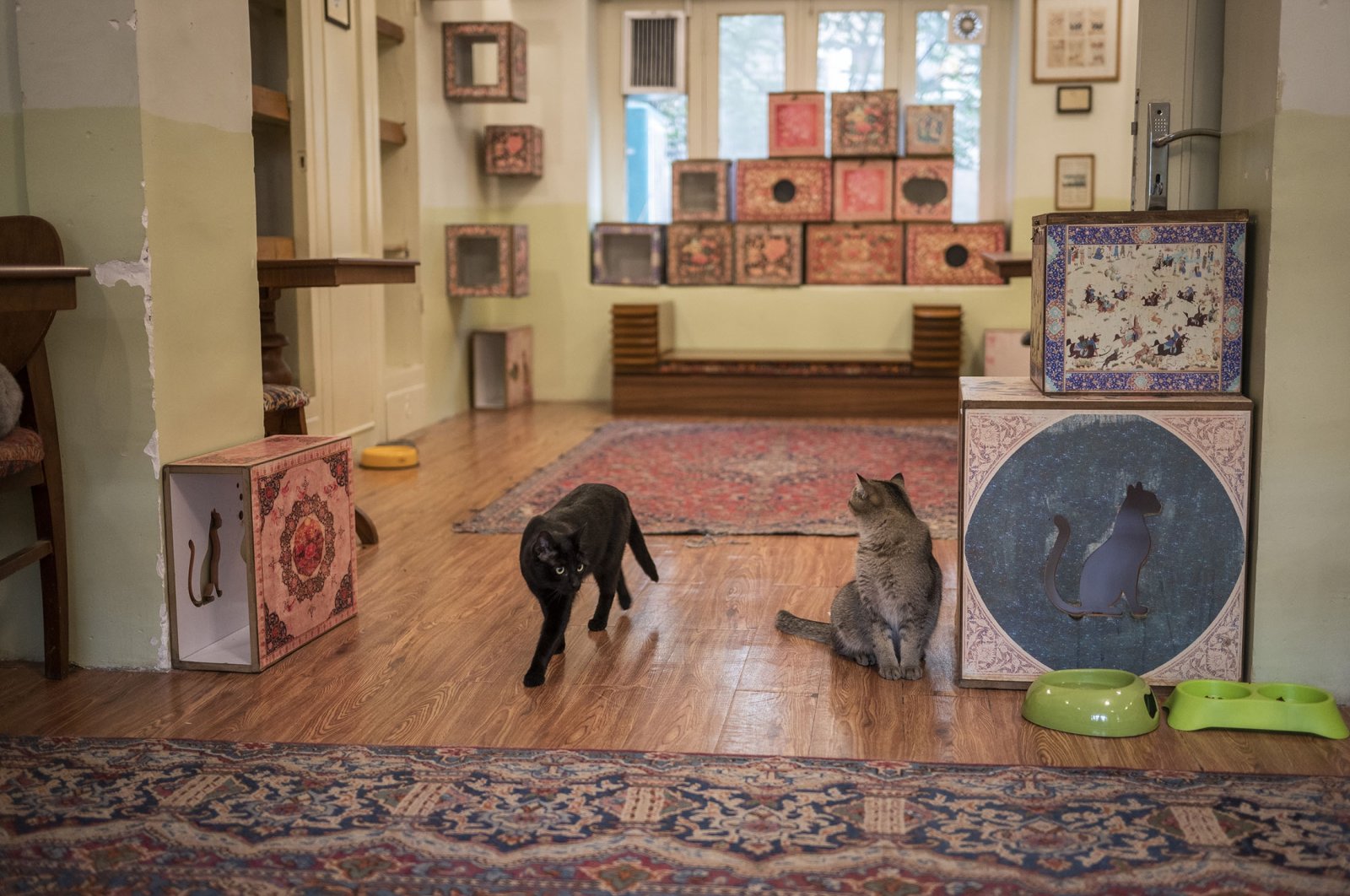 A museum dedicated to cats sounds like a dreamland for most people, particularly cat lovers. It gets even better as in the Iranian capital Tehran, a museum dedicated to Persian cats not only tells the history of this breed – among the most popular in the world – but also hosts a wide range of actual cats in its space to see paintings of old Persian dynasty rulers with their long-haired cats.

Almost 30 living cats roam the museum rooms and nap in its many cozy corners, with museum organizers regularly posting photos of them to tens of thousands of followers on Instagram.

The museum has been around for three years now, says veterinarian Haleh, who says she’s happy to take care of the animals on a voluntary basis two to three days a week. “When you care for cats or play with them, happiness hormones are released,” she says.

Not only Persian cats are represented in the museum, and a handful of other breeds also live here, Haleh tells us. All 27 cats have names that they share with well-known figures from Persian mythology and history.

“A third of the cats come from the street,” says the vet. The rest were given to the museum, especially during the pandemic.

Again and again, visitors look delighted and listen to what she says about the cats. It’s mostly young people visiting the space, mainly financed by the entrance fee and the income from an affiliated café.

Pets are not tolerated by some parts of society in Iran, especially by the strict religious class. But unlike dogs, cats are not considered unclean in Islam.

Pets have long since ceased to be unusual in Iran. In the wealthy north of the capital Tehran, people can often be seen walking small dogs.

The museum for Persian cats is gradually becoming too small for its growing number of pets, say the owners. At the same time, the rental contract has not been renewed. But even a change in location would be unlikely to harm the popularity of the museum with its tens of thousands of fans on social media.

Keep up to date with what’s happening in Turkey, it’s region and the world.