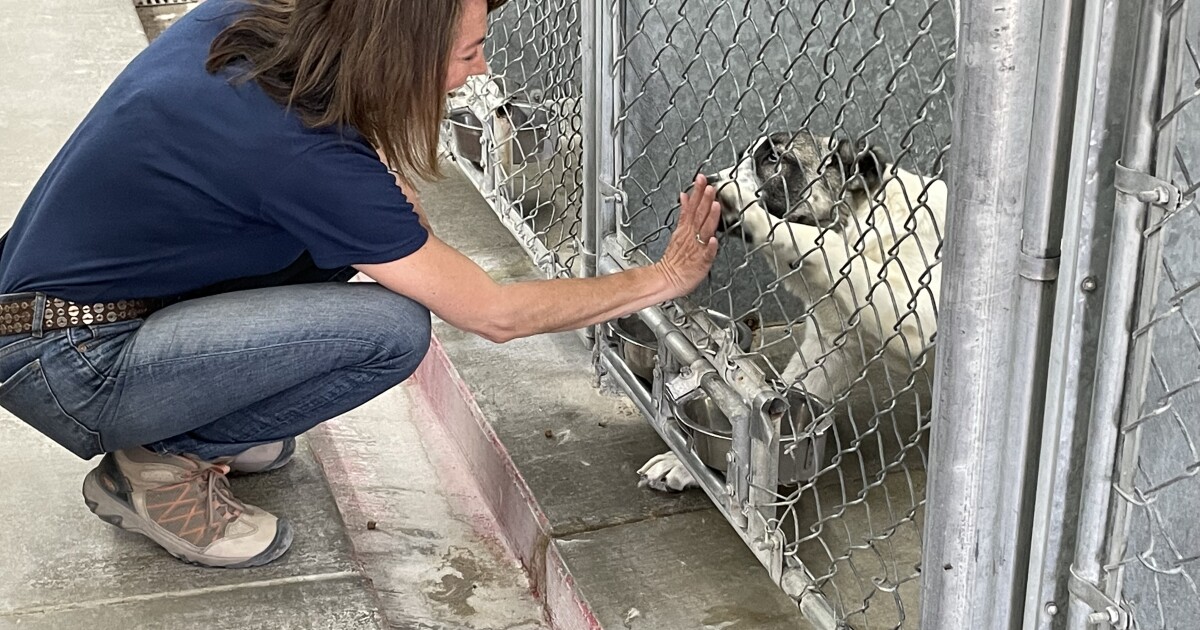 LAS VEGAS (KTNV) — One of the country’s biggest breeding operations is next door to us in Nye County. However, 13 Investigates found that the man who runs it is breeding problems as quickly as he’s breeding dogs.

It’s a fight that’s gone from the neighborhood to the courtroom with hundreds of animals caught in the crossfire.

“It was horrifying,” said Beth Kakavulias. “Their first meal with us, literally, I watched them just scarf it down. And then because they came it so fast, they threw it right back up.”

Kakavulias is Executive Director at Desert Haven Animal Society. This is the shelter in Pahrump that is contracted with Nye County to house lost and abandoned animals.

“I did see lots of war wounds, if you will, over the food,” Kakavulias said. “They definitely have some nicks and scratches and some old wounds that are healing from that process.”

Kakavulias has worked in animal welfare for 20 years. She’s a former Nye County Animal Control officer, and spent 10 years as a veterinary technician.

On April 20, she helped Animal Control rescue over two dozen dogs from the Est-Alfa kennel in Pahrump, owned and operated by Vasili Platunov who is one of only a handful of Caucasian shepherd breeders in the country.

A Russian breed with a history of protecting livestock from predators, they’re often sold as guard dogs.

That’s about twice the size of an average German shepherd.

Kakavulias said Desert Haven took the dogs that were in the worst shape, “We had, on the low end, one of the adults was about 38 pounds. We had on a higher end about 55 to 60 pounds.”

Kakavulias points to a photo of the dog in worst shape, “You could literally count the ribs on him. And these are fluffy dogs.”

Vasili Platunov’s Pahrump property is on Camillia Street where, until recently, we’re told he had about 150 dogs. He has a second property in Amargosa with as many animals. Platunov told us he was too busy to do an on-camera interview, or let us tour the property. However, Animal Control has been on the property recently, citing him both times, once for care and conditions, and most recently for cruelty. That’s according to a source with direct knowledge of the situation.

Nye County calls for service records obtained by 13 Investigates show Animal Control has been called out to Platunov’s properties at least a dozen times since 2019. 13 Investigates also obtained body camera video from October 4, 2020.

“So I am out here because somebody called us about the dogs barking last night,” said an Animal Control officer.

Platunov blames neighbors for setting off the dogs by driving ATV’s or walking near his property. Then, they call Animal Control complaining about the noise.

“Why do you walk this way?” Platunov said to the Animal Control officer. “Go like some different way. If you scared of my dogs, why you go [here]?”

He was cited for excessive noise and fined $195. Platunov asks the Animal Control officer if he can write her a check on the spot. She tells him he must take care of it at the court house.

On February 7 of this year, Animal Control was called over concerns that dogs appeared sick, and feces were everywhere. Officers confirmed several dogs were very underweight and told Platunov to separate them so they could get enough to eat.

Records show he was a no-show for the scheduled follow up, and later refused to meet officers. Records also show he got angry when Animal Control said they needed to check conditions on his property, and he hung up on them when they called.

“To me, it says that he has something to hide,” Kakavulias said. “The way I see it, if you have nothing to hide, people can show up at any time.”

Nye County officials tell us Platunov does not have a kennel license. So, county code only allows him to have five dogs. He’s been fighting the county in court for years, claiming a permit wasn’t required when he bought the property in 2007.

However, the court ordered him to shut down and relocate the dogs. He’s been moving them to his Amargosa property, which is also generating complaints. When Animal Control was there in May, they counted nearly 200 dogs, but noted kennels were acceptably clean and there was plenty of food and water.

An April 17th video provided by animal advocate Gina Greisen was taken at the Amargosa location. The video shows a dog missing his right back leg, which was the result of a fight with another dog. In another video, Greisen questioned the dogs’ clipped ears.

Greisen said, “Do you clip the ear or do you take them all to the vet?”
Platunov replied, “Most of time I clip them.”

Kakavulias says the jagged cut of the clipped ears indicates a painful experience for the pups.

We tried to ask Platunov about all of that on the phone. He told us he’s worked with Caucasian shepherd for over 40 years and any proper claims he’s not taking care of them are, “BS and fake.”

“I say that he’s delusional,” Kakavulias said. “Any responsible, dog owner, breeder, just animal lover would see that this is not the way that this should be going. This is not how these animals should be living.”

Nye County officials say they’re keeping a close eye on both of Platunov’s properties, and that he’s on track to have most of the dogs moved out of Pahrump by the end of the month.

Desert Haven has adopted out several of the dogs they took in, and they tell us all of them will be ready for a forever home.