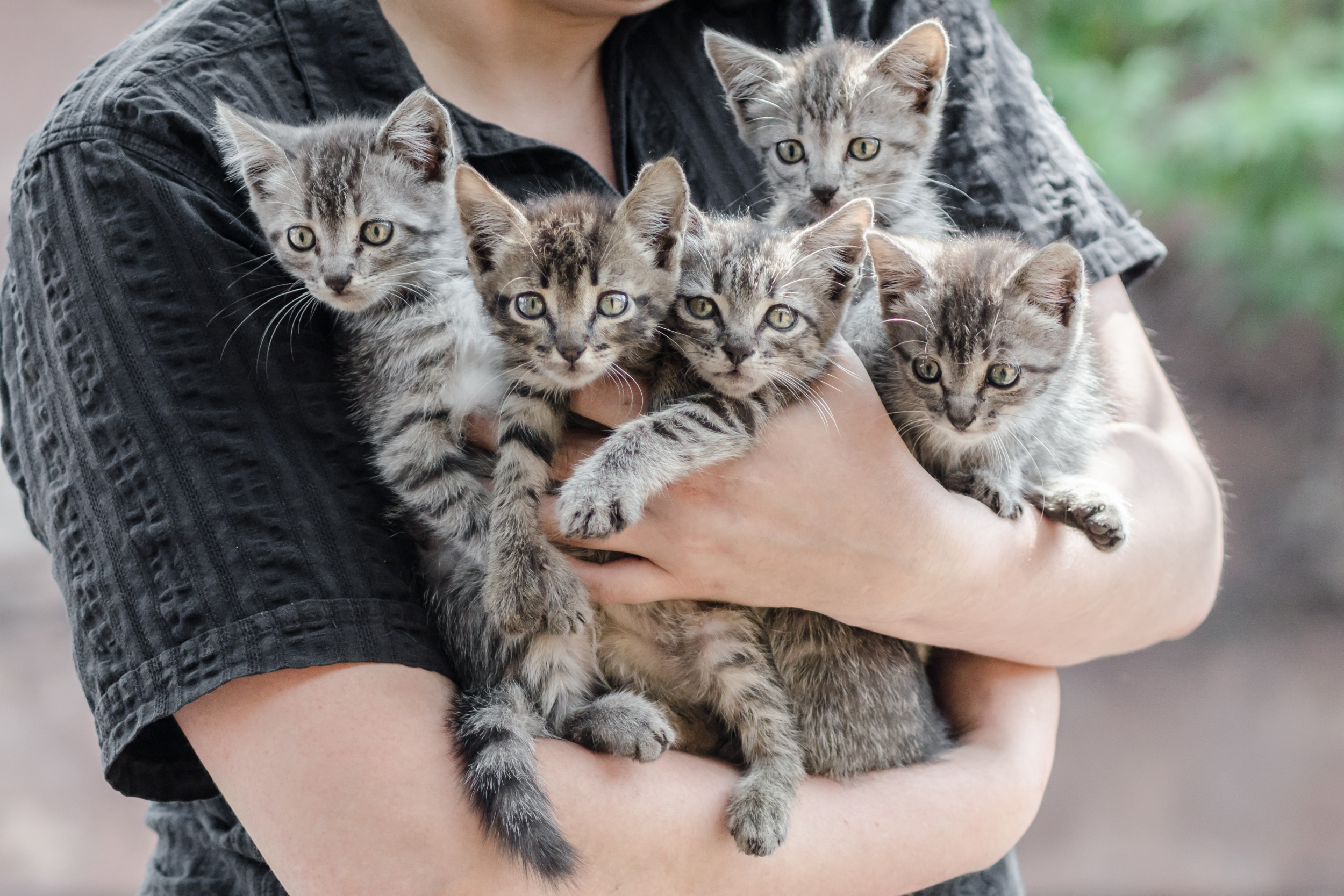 Internet users have a soft spot for cats, particularly when it comes to kittens and their adorable behavior. Recently, a Reddit post went viral after one user shared a video of a man getting “ambushed” by an army of kittens shortly after he had stopped his car to rescue one of them.

Captioned “Man stops to rescue kitten, gets ambushed by platoon,” Reddit user JediWithAnM4 shared the video on the r/aww subreddit on Wednesday.

Since then, the post has generated a total of 240,000 upvotes and over 5,600 comments. However, it’s worth noting that it appears that the original poster (OP) who submitted the video was not the person in the video.

The 43-second-long video starts as a person steps out of their car and points the camera at a small kitten that was wandering on the side of the road. As the man proceeds to pick up the kitten, the camera turns to reveal a clowder of over 10 kittens running out of the grass. “Oh my gosh, I can’t take y’all,” the person on the video said.

“Guy: look, a kitten! 12 other kittens: you’re our mom now! We love you! Guy never had a chance,” shared one user.

“We’re gonna need a bigger box,” joked another, making a reference to the 1975 film Jaws.

Some of those who commented on the post also poked fun by insinuating that the “ambush” was a coordinated attack planned by the kittens.

“They send out the smolest, knowing that you’ll stop. Then the reinforcements attack,” wrote one user.

Other commenters theorized as to what the man in the video did after such an adorable encounter.

“I wanna see the sequel of him trying to drive while they’re all going bananas in the car,” one Redditor wrote.

Incidentally, one of the users in the comment section shared a link to a second follow-up video from the man. This shorter clip showed the clowder of cats crawling across the back of the man’s car, indicating that he did, in fact, manage to “take them all.”

The OP who submitted the video also shared a message from the man in the video: “Thank you to all those offering to help. Working on getting them all a good home! The kids are loving on them in the meantime and we’re fattening them up!”

According to the American Society for the Prevention of Cruelty to Animals, approximately 6.3 million pets are brought into US animal shelters every year, of which around 3.2 million are cats. Of the cats that enter the shelters, only about 37 percent are adopted.

This wouldn’t be the first time that kittens have taken the internet by storm. Newsweek Previously wrote about a kitten who tried to fight its own reflection after seeing a mirror for the first time. On another occasion, Newsweek also reported on a rescue kitten who snuggled up to its new owner’s grumpy cat.