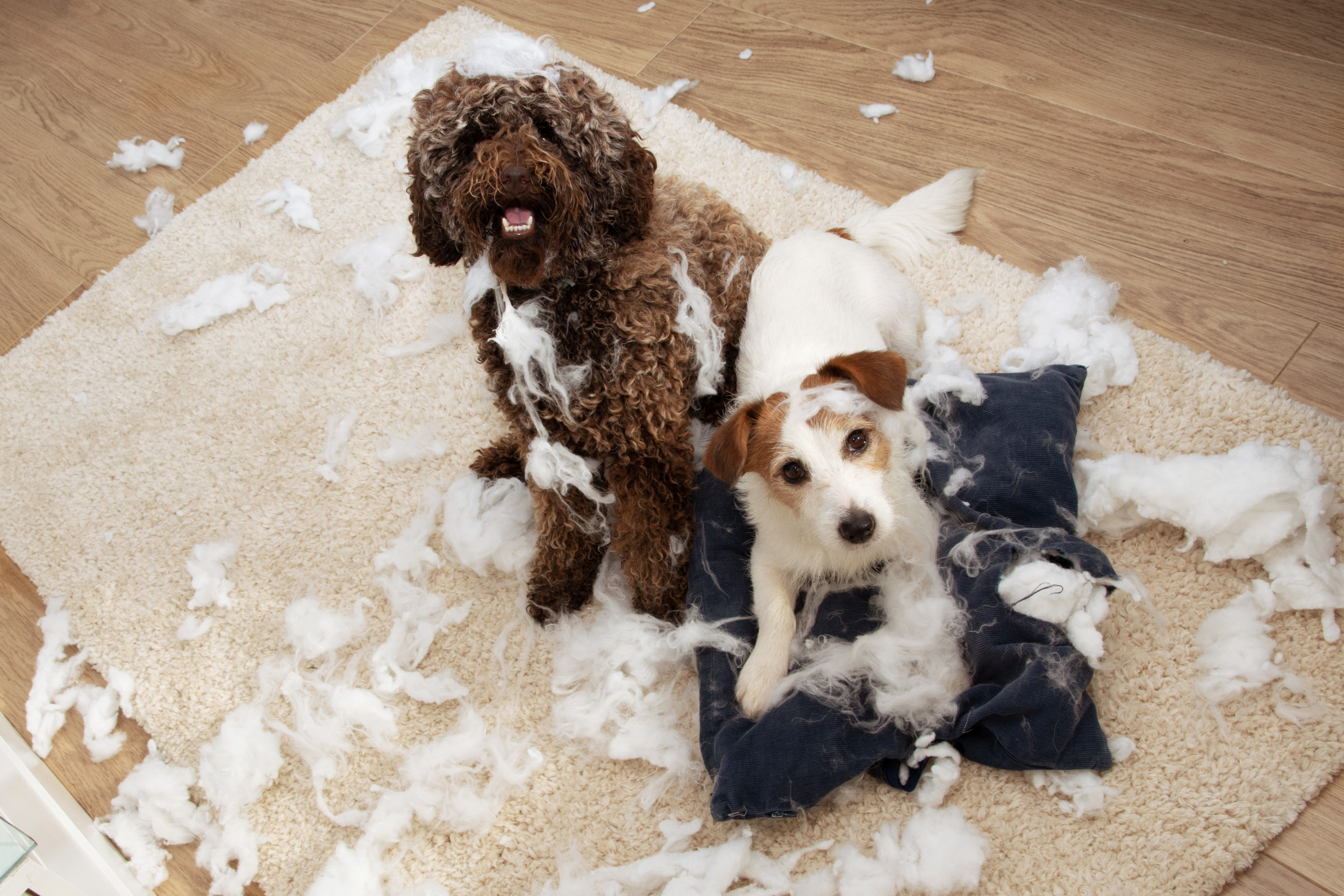 A trio of mischievous dogs left internet users in hysterics after chewing up their owner’s sofa and covering themselves in dragon fruit.

Three naughty dogs were found waiting for their owner in their living room with bright pink stains all over their fur and fruit juice all over the floor, besides a sofa which had been torn to pieces.

After discovering the group of pooches had been misbehaving, their owner, who posts under the username mjutrdgji5, shared footage of the discovery on TikTok—which racked up over 312,000 views and nearly 5,000 likes.

The social media account, which has 25,500 followers, shares clips of various animals, many of which appear to belong to the user, including cats, hamsters, birds and even alpacas.

The video, which can be found here, sees the owner walking into a room to discover a Samoyed, Husky and golden retriever sitting in front of a dragon fruit which had been destroyed and smeared all over the floor.

Besides the animals was a red sofa, which appeared to have been chewed up so badly by the pooches that most of the leather was missing.

The dog owner captioned the footage with the words: “See my sofa and the dragon fruit? Yes, I love my dogs more.”

Other users were quick to comment on the hilarious footage, with one writing: “Lol I cant stop laughing,” while another said: “That’s hilarious.”

“That’s going to be fun cleaning up,” wrote another. “But we love them so much.”

“Can we just acknowledge how adorable they all look with some pink,” said a third.

Many users said the dogs looked “guilty” for their exploits, with one writing: “Guilt and dragon food all over their faces. Lol.”

Another added: “At least you know they are guilty. no doubt about that one.”

According to the American Kennel Club, a 2009 study examining “guilty” canine expressions by dog ​​cognition scientist and author Dr. Alexandra Horowitz found that dogs who were scolded by their owners were more likely to show “guilty” body language.

However, Horowitz said it’s impossible to tell whether the animals actually feel guilt, or are simply exhibiting guilty body language because they know what their human owner considers to be bad behaviour.

“My study was decidedly not about whether dogs ‘feel guilt’ or not. I would feel dreadful if people then thought the case was closed on dogs (not) feeling guilt, which is definitely not the case,” she said.