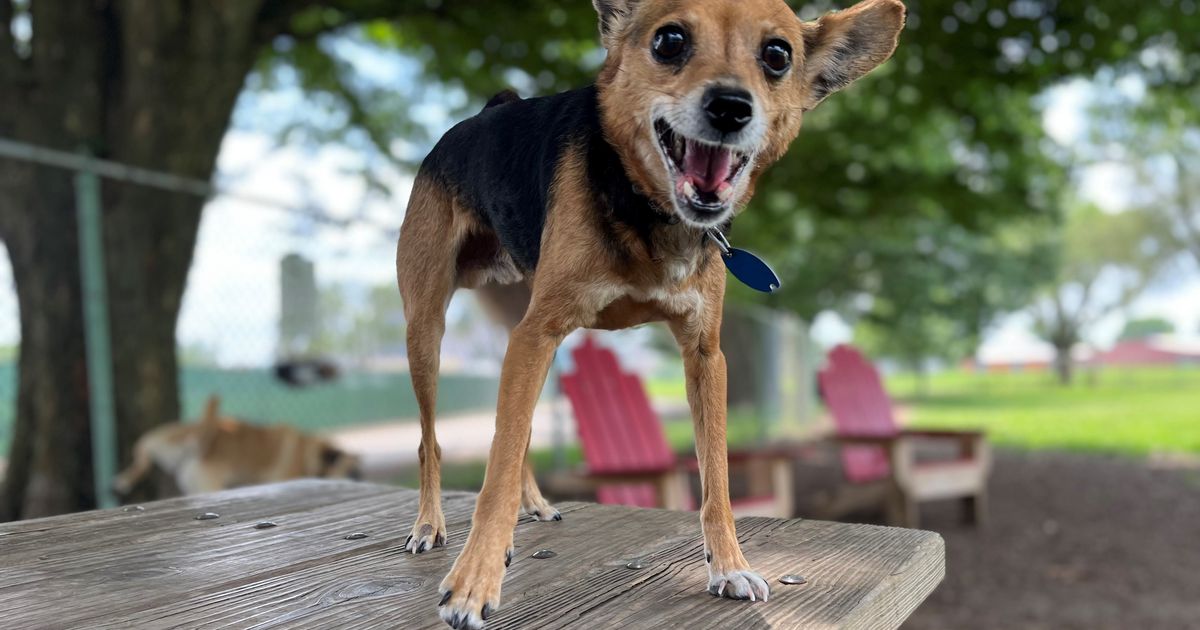 “This should be a jewel for the city — it should be something they are proud of,” Richardson said. “We want everybody to know it’s here, what’s here and what needs to be worked on.”

“And can we get some help from people in the community — businesses, private citizens — to come out and do some things?” he said.

City officials have said the new park is bigger and better than the existing property. The city plans a grand opening ceremony on July 1.

“The new dog park is a larger and, more importantly, permanent dog park amenity for the use and enjoyment of dog owners throughout the city,” said Jeff Green, a city planner.

The Connor Group is building a new school north of Deeds Point MetroPark and will redevelop the land currently occupied by Deeds Point Dog Park. 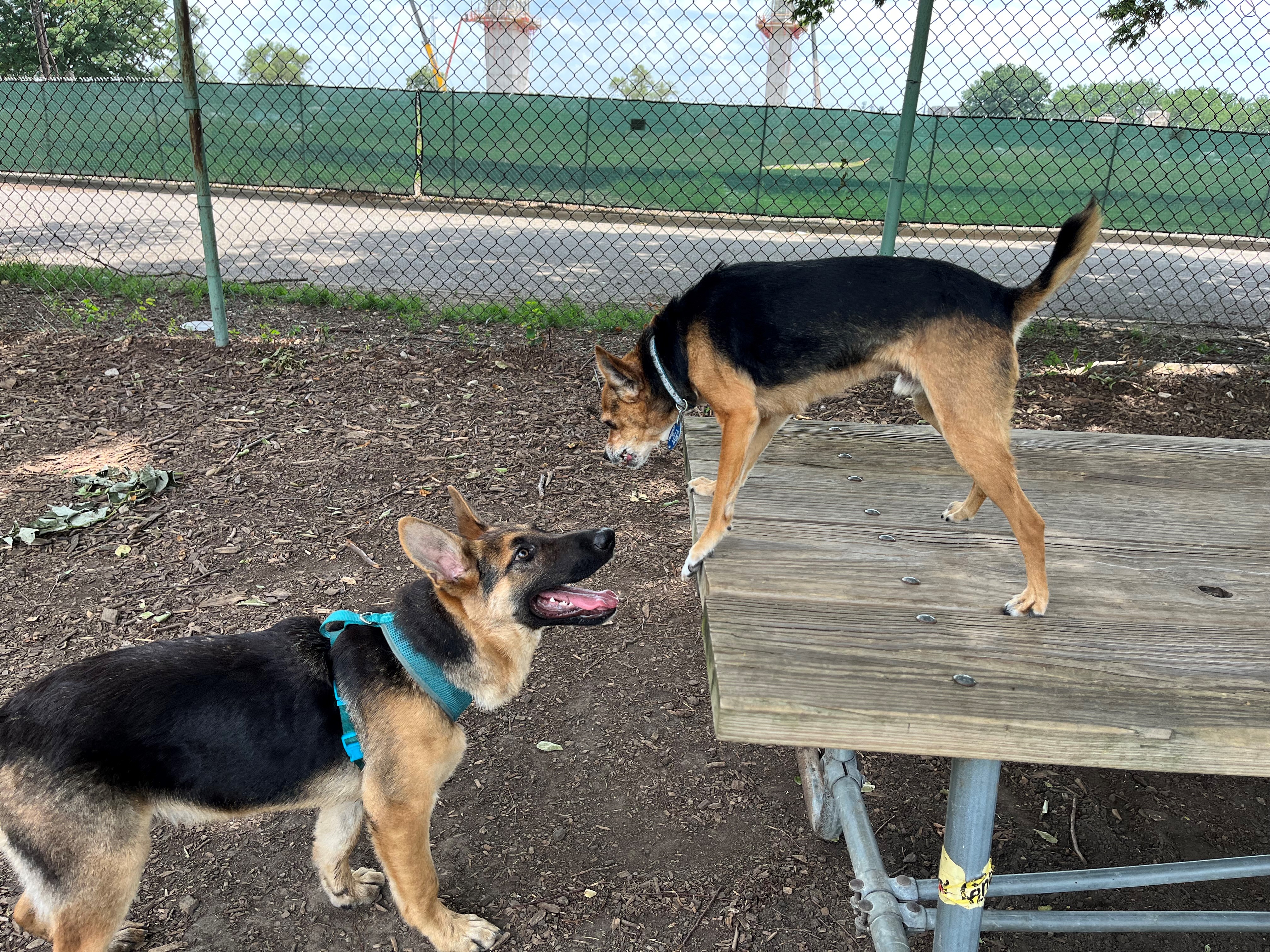 The current dog park — located north of the Mad River, across from downtown and RiverScape MetroPark — opened 10 years ago, and hundreds of dogs and their owners regularly flock to the property on Saturdays and Sundays, when the weather’s good.

Connor Group will padlock the park gates on July 3, as it begins construction to transition the property into a new open, public park.

The new dog park is about 1.5 miles north of the current site, near the southeast corner of the intersection of Ridge Avenue and Embury Park Road.

The new dog park is 4 acres — about 1.2 acres larger than the existing park. Unlike the current park, the new one has a concrete walking trail, and it has two shelters instead of one. 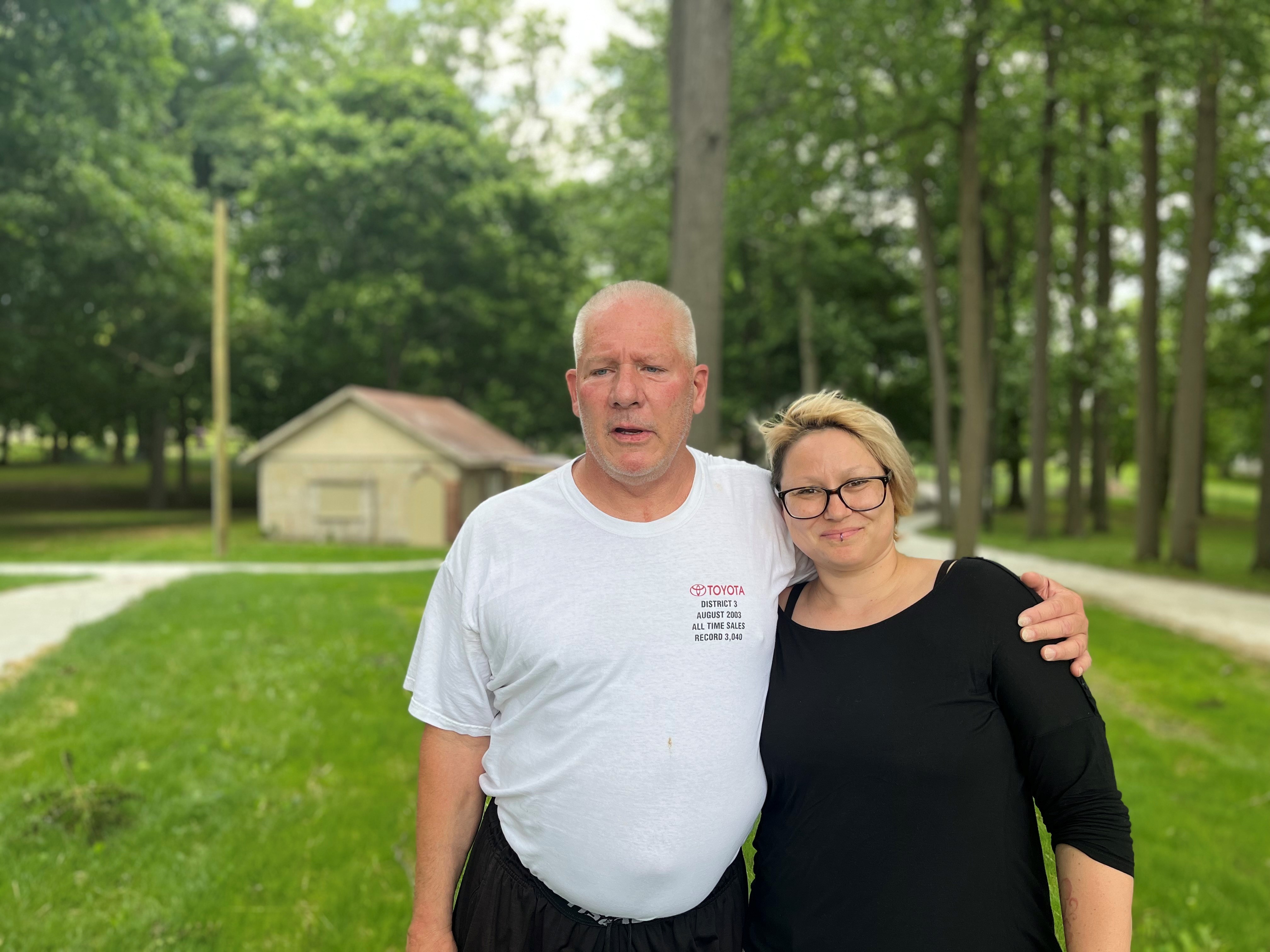 The new park is ADA accessible, has a concrete walking path loop measuring 743 feet and offers a paved parking area and will have good lighting, Green said.

“While it will not be known how popular it is, this is (a) large asset that further activates a portion of Triangle Park into a community asset,” he said.

Of the city’s $400,000 expenditure on the new dog park, three-fourths of the funding comes from the sale of the land for the new school.

The new dog park certainly has the potential to be a special amenity for the city, said Emily Broyles, treasurer with Friends of Deeds Point Dog Park.

But Broyles said dog owners and members of Friends of Deeds Point Dog Park right now are a little disappointed because the new space is not quite what they expected.

“We are really thankful we are getting a new dog park, and we’re really thankful about the work the city of Dayton has put into it, it’s just we don’t feel they necessarily see the (full) value of this dog park she said.

She said the walking trail isn’t nearly as long as it was originally proposed, and it does not extend the full perimeter of the park and the city changed project plans without consulting park users and supporters to get feedback. 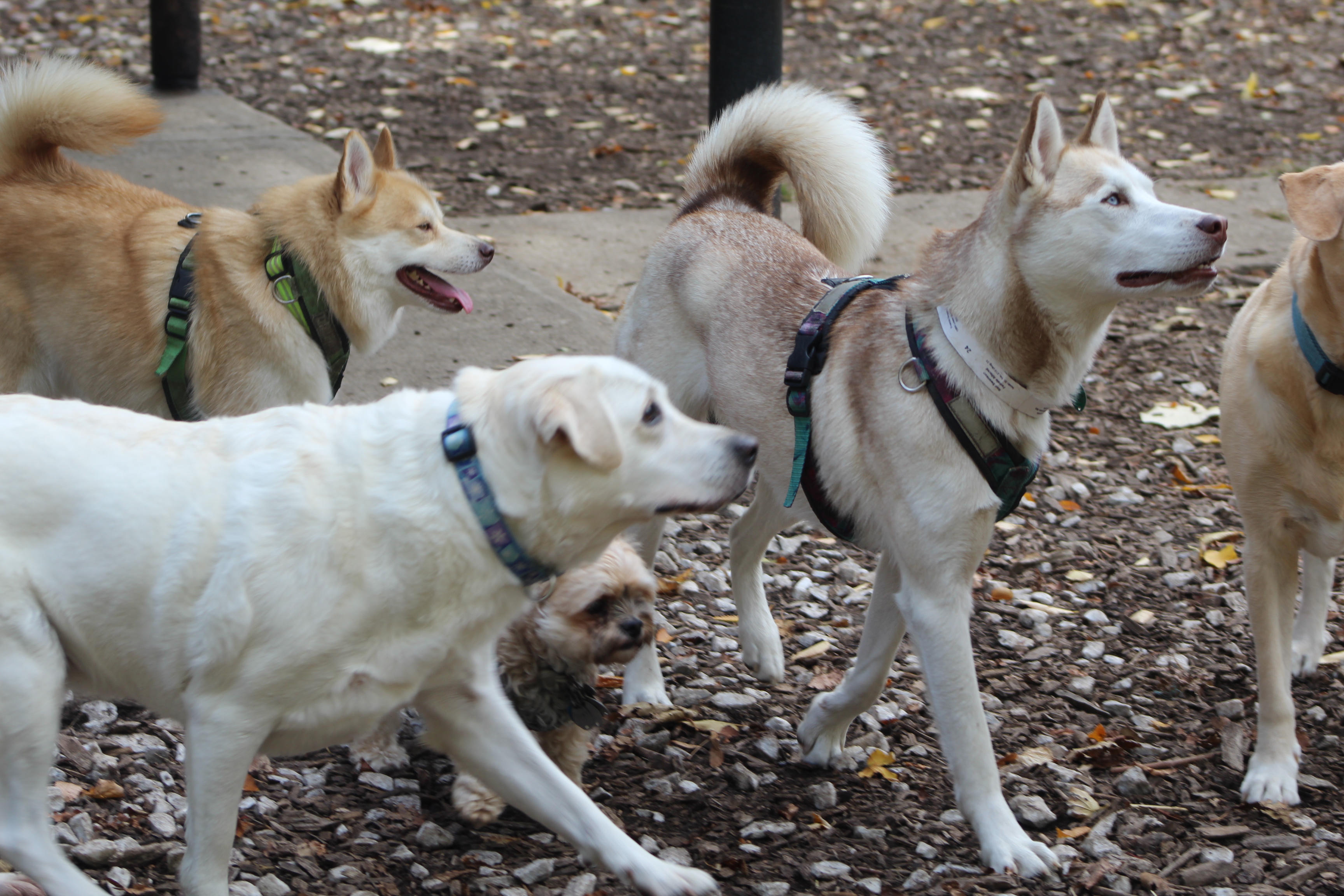 The fencing around the park does not go down into the ground, she said, and some small gaps could allow a small or determined dog to escape.

Gravel has been laid in some areas and logs will be put down to block gaps, which hopefully will help, Broyles said, but she’s still concerned about dogs getting loose, especially when it rains and the ground is wet and soft.

The new park’s covered outdoor space is smaller than the current park’s, and it won’t be able to fit nearly as many picnic tables and people underneath, which is where dog owners like to sit and socialize, Broyles said.

Also, she said, the roof is on the south end of the shelter, which means it does not face the bulk of the park, so owners who sit there won’t be able to watch and monitor their dogs. 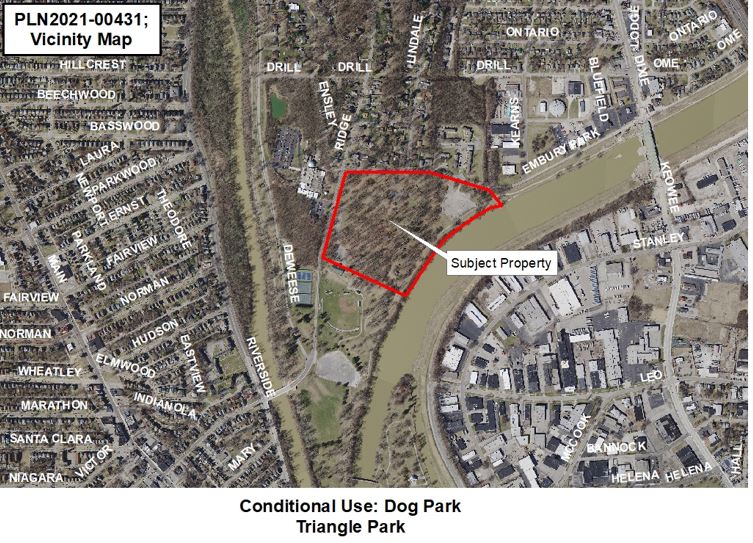 She said little details and improvements could make a big difference, like if a dog-wash station can be installed.

City staff and a representative from Friends of Deeds Point Dog Park held a walkthrough at the site to identify any issues and try to address them, the city said.

Broyles and Richardson said they would like to try to raise private or corporate funds to expand the concrete trail and make other upgrades.

They say the city hopefully will make some additional improvements to take care of concerns like mud puddles that form in some areas even when it’s not wet outside. 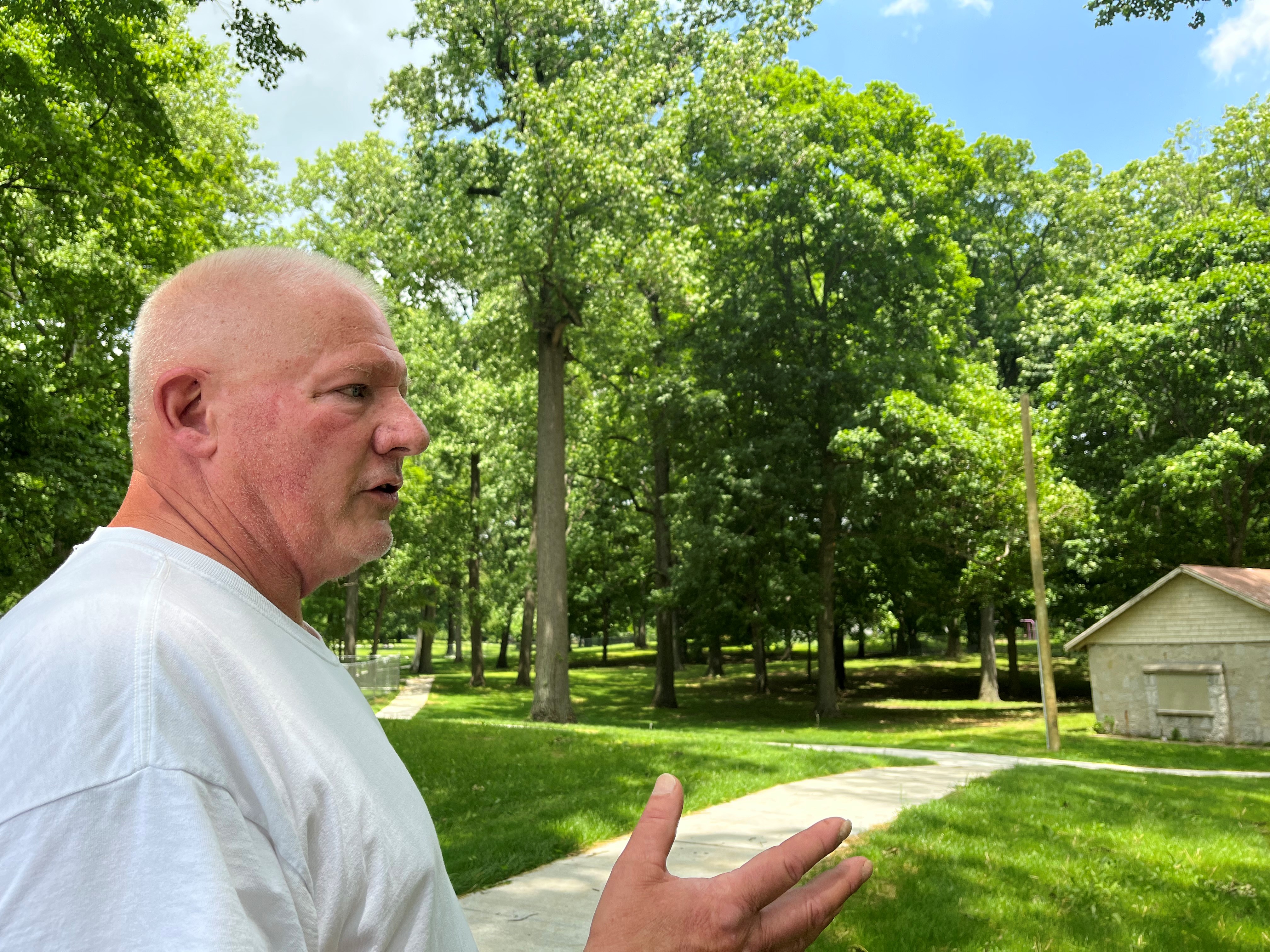 The park’s “bigger — it’s not better,” Richardson said. “But that’s something that can be worked on and be improved and made better, and maybe it will take the city or it will take the patrons of the park and corporate donors or private citizens or whatever.”

Primarily, Friends of Deeds Dog Park wants to get the word out about the opening of the new dog park and the closure of the park that many people have used and cherished for years, Richardson said.