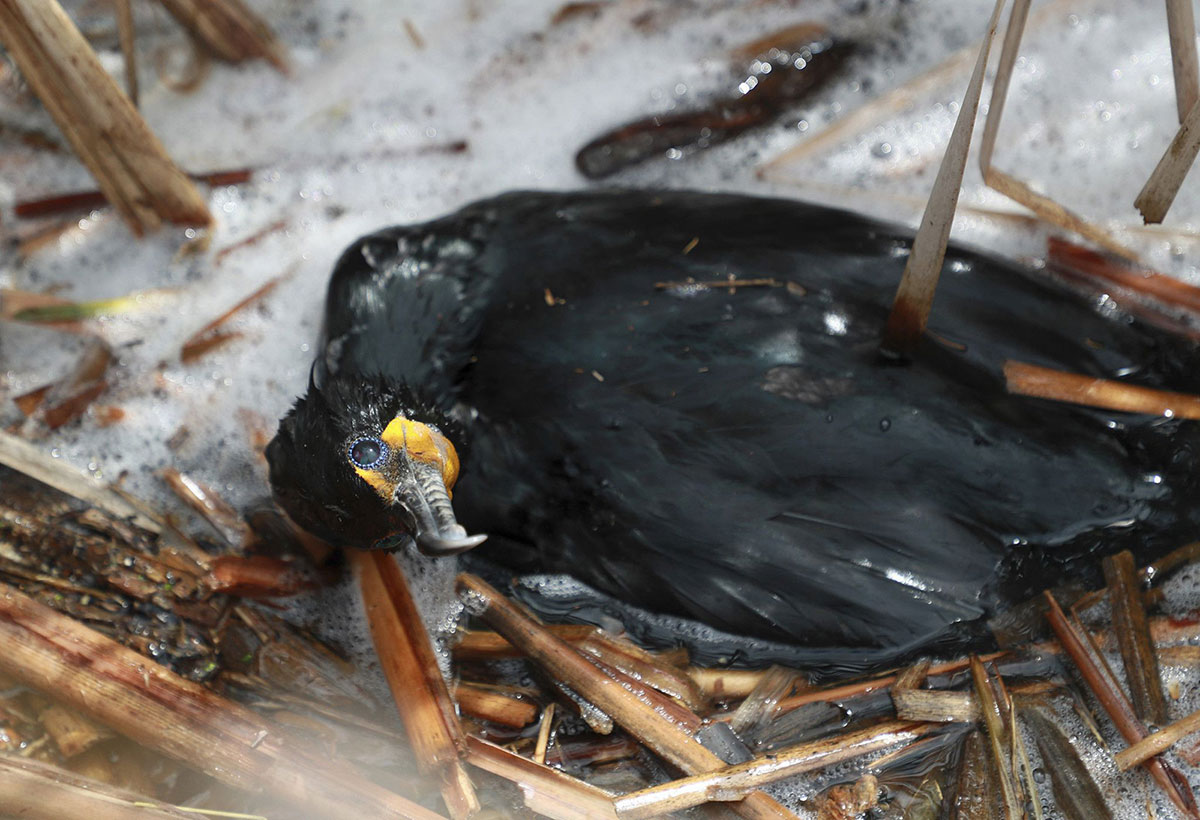 An outbreak of avian flu that has been spreading across the United States and Canada over the past six months only seems to be getting worse. First appearing in Canada last fall, the flu has ravaged industrial flocks and has now been detected in a wide variety of North American wild birds, raising alarms among ecologists.

A particularly virulent strain known as highly pathogenic avian influenza A (H5N1), or HPAI, the flu has already killed millions of domestic North American fowl, according to the US Department of Agriculture’s Animal and Plant Health Inspection Service (APHIS). To date, more than 28 million domestic poultry in 29 states have died either through infection or preventative culling. In Canada, seven provinces have detected the virus in commercial and backyard poultry.

The flu has also appeared in wild flocks in numbers, with more than 700 positive birds collected from 31 states and nine Canadian provinces—numbers that indicate a much larger outbreak as they only account for sick or dead birds that have been tested. All together, more than 40 species have been confirmed infected with the virus, a list that includes everything from Mallards and Black-billed Magpies to Bald Eagles and Great Blue Herons. Wild waterfowl, such as ducks and geese, and raptors, which prey on these species, make up the majority of cases. In Florida, more than 1,000 Lesser Scaups died as part of an ongoing mortality event. And last week at Baker’s Lake Nature Preserve in Chicago, 200 wild birds believed to be infected were found dead.

This particular strain of HPAI appears to be more infectious and deadly to wild birds than previous versions, but gAuging the pathogen’s true impact on wild populations is more difficult than with domestic poultry, whose numbers are regularly recorded, says Andy Ramey, director of the Molecular Ecology Laboratory at the United State Geological Survey’s (USGS) Alaska Science Center. “There might be numerous birds affected, but only a small subset of the carcasses are actually collected and sent in for diagnostics.”

So far, the strain is a low public health threat with no cases of human infection having occurred in the United States, according to the CDC.

The severe virus, which can cause neurological and respiratory issues in avians, was likely transmitted by wild birds contaminated from last year’s Eurasian HPAI outbreak, says Julianna Lenoch, a veterinary epidemiologist with APHIS whose team followed the year’s strain’s-and-a-half spread throughout Europe and Asia. Lenoch believes migratory birds may have carried the strain from Western Europe through Iceland and Greenland before arriving in Eastern Canada. Once the flu made landfall in North America, the National Wildlife Disease Program at APHIS sequenced positive samples collected along the Atlantic Flyway. “Those sequences match very, very closely with what was circulating in Europe in the spring of 2021,” she says.

A milder version of the avian flu, called low pathogenic avian influenza (LPAI,) is present year-round in North American wild birds, usually leading to mild infections at most. Many wild birds infected with LPAI may show no symptoms at all. But when LPAI spreads to domestic poultry, it can mutate into the much more aggressive HPAI strain, which can then be transmitted back to wild populations.

The last case of HPAI in North American wild birds occurred in 2015. That outbreak resulted in the deaths of more than 50 million domestic birds in 15 states and accounted for 98 detections in infected wild birds—a number that pales in comparison to this year’s confirmed cases. “In previous outbreaks, we’ve appreciated that wild birds carry the virus, but they don’t actually get sick from it,” says Lenoch. “They’re kind of silent carriers.”

Experts believe the strain’s spread is largely being fueled by migrating waterfowl this spring.

Experts believe the strain’s spread is largely being fueled by migrating waterfowl this spring. The first confirmed cases in Canada and the United States occurred late last year from a Great Black-backed Gull in Newfoundland and a Blue-winged Teal and an American Wigeon found in South Carolina this January. In February, the outbreak started making its way up the Mississippi Flyway, a telltale sign that waterfowl are active vectors for the current strain, says Bryan Richards, a wildlife biologist and emerging disease coordinator for the USGS National Wildlife Health Center.

“It was really interesting to watch the early cases following the Missouri River Basin,” Richards says. “You can plot them going straight up the Missouri River all the way up into South Dakota. The movers and shakers of this are migratory waterfowl, no doubt, no doubt whatsoever.”

The most common hosts for avian flu, waterfowl often show no symptoms and can quickly spread the virus as they congregate along thousands of miles of waterways. Raptors usually become infected by eating contaminated birds, while domestic poultry contract the virus primarily through feces left by waterfowl passing over or sharing grazing spaces. Domestic birds can also become indirectly exposed through contaminants tracked into enclosures. This risk of infection from migrating flocks has prompted zoos around the country to start bringing their birds indoors and take preventative measures such as installing netting around enclosures and washing or changing clothes and gear before entering exhibit areas.

Tammy O’Neil, wildlife manager of the Lake Metroparks Wildlife Care in Ohio, says her facility decided to stop accepting wild birds after confirmed cases started popping up in the state. She says the lack of symptoms seen in waterfowl and the virus’s ability to survive for long periods outside of its host make the outbreak difficult to monitor.

“[The virus] can also live on different types of surfaces, like your clothes, your boots, any equipment you might be using—countertops, cages, things like that,” says O’Neil, whose facility houses animal ambassadors for education programs. “So we didn’t want to risk bringing it into our facility and potentially, you know, wiping out our whole bird collection that we use for programs.”

Birds that do show symptoms often act disoriented or uncoordinated and exhibit strange head movements, O’Neil says. Respiratory symptoms such as sneezing and nasal discharge are also often present. According to the CDC, anyone who sees birds exhibiting strange symptoms should call their state health or wildlife agency for guidance, a move which can also help track the progression of the outbreak.

Historically, avian influenza has posed little risk to common songbirds, but recent infections in Canada and the United States of corvids such as Blue Jays, American Crows, and Common Ravens concern researchers about the possibilty of an even larger outbreak. And a confirmed case of an infected Black-billed Magpie in Wyoming has Audubon Rockies Community Science Coordinator Zach Hutchinson worried about the possible spread of avian flu through bird feeders. “In the West, Magpies are a common feeder bird for many folks,” says Hutchinson. He points out that corvids, like raptors, are scavengers that could possibly pick up the virus from infected carcasses.

At this point, guidance on whether the public should take down bird feeders has been mixed. While some groups such as the University of Minnesota’s Raptor Center and Cornell Cooperative Extension are advising people to do so, others say cleaning bird feeders, gear, and baths regularly should suffice. The National Audubon Society currently recommends its members to follow the guidelines provided by local and state agencies. As spring migration ramps up, Hutchinson also urges birders visiting parks with waterfowl to disinfect their shoes afterward, which can help prevent transmitting the virus to unaffected areas.

Lenoch, for her part, says the USDA will continue to work with other government agencies to track the flu’s spread and keep concerned citizens informed. She also notes that the public can help limit the spread of this outbreak by reporting suspected cases and exercise the utmost caution if they may have been exposed. “This is a virus to take seriously,” Lenoch says. “We just don’t want to have any further introductions if we can help it.”