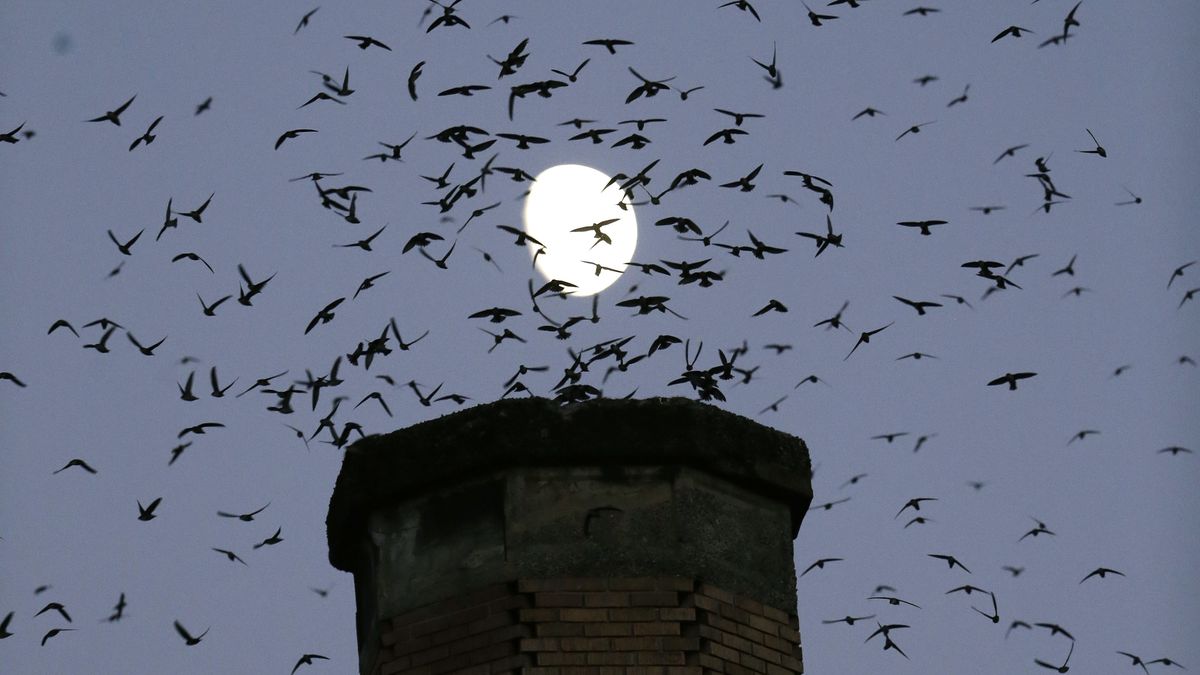 During migration season, millions of birds fly though Oregon as they head north for the summer.

Most of their journey happens after the sun goes down.

“You can’t see them at night, but the sky is literally full of birds,” Sallinger said

Portland Audobon shared a “lights-out alert” on Tuesday, based on data published by Colorado State University’s AreoEco Lab. The lab forecasts bird migration patterns across the country and suggests varying levels of lights-out alerts based on how many birds are passing overhead.

“Light has serious impacts on migration,” Sallinger said. “A lot of birds migrate at night and it blocks out the stars. They use the stars to navigate.”

Light pollution can disorient birds, causing them to exhaust themselves. It also can draw them into urban areas where they can face hazards, like crashing into windows.

“Having people reduce unnecessary lighting during migratory periods does help,” Sallinger said. “That can be as simple as shutting off your porch lights and your outside lights at night.”

On Tuesday alone, nearly 5 million birds were expected to migrate over Oregon skies. While numbers wane throughout the week, the call to keep lights off at night continues through Friday night when over 3 million birds are anticipated to pass over the state. Out of Oregon’s three most populated cities, Portland sees the largest portion of the birds overhead. Sallinger said it’s because Portland is toward the center of the course that birds take as they head north through West Coast states.

Sallinger acknowledges there are large sources of light not operated by single households.

“We need to be adopting policies that prevent light pollution,” Sallinger said. “And that’s not just about preventing lights; lights are an important part of our landscape. It’s preventing unnecessary lighting and lighting that goes where we don’t need it.”

The Audubon Society helped the city of Portland complete a report about light pollution as part of the city’s Dark Skies Project. The final report was published a couple of years ago, and called for regulations to address light pollution. The project got suspended when COVID-19 hit, but Sallinger said the council assured the nonprofit that they were going to bring it back and pursue it.

“There’s a tremendous opportunity here to put into place common-sense policies,” Sallinger said. “So we look forward to continuing to work with the city of Portland and other jurisdictions to accomplish that goal.”

In addition to struggling with light pollution, many bird populations are in decline.

“A lot of that has to do with habitat loss, but also hazards and light pollution is a big hazard,” Sallinger said.

Comparatively, Oregon’s light population isn’t as severe as other states. Still, Sallinger said there is work to do and he is confident that Oregonians will be on board.

“People like to see the night sky,” he said. “They want their communities to be safe and safely lit, but we don’t find a whole lot of advocates out there that say, ‘Yeah, we want unnecessary wasteful lighting.’”