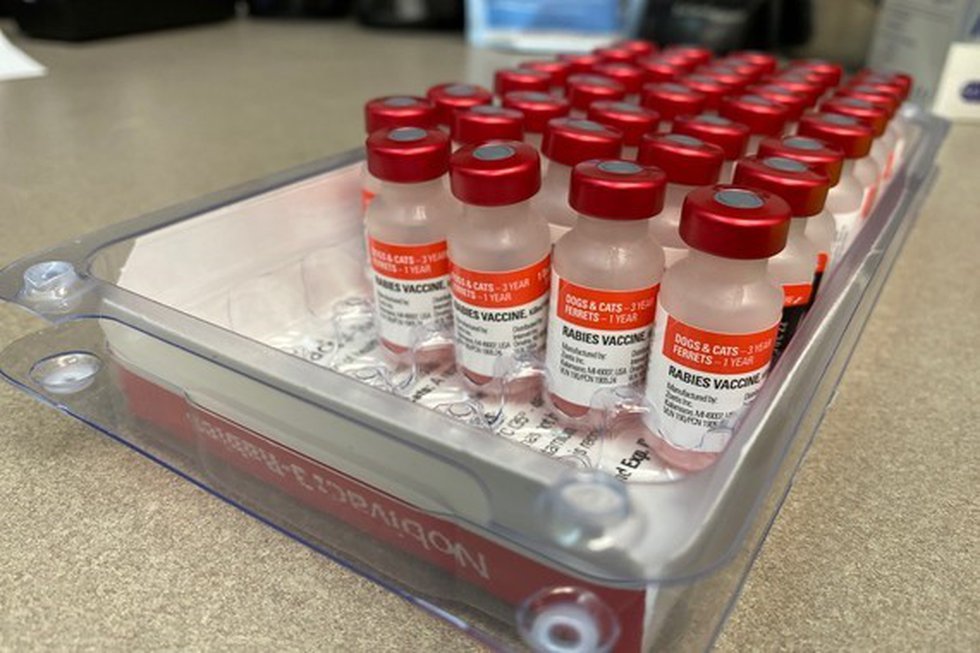 JEFFERSON COUNTY, Tenn. (WVLT) – A Jefferson County veterinarian reported that a dog treated for complications at a clinic in May tested positive for rabies, prompting staff to encourage the community to ensure their pets are vaccinated.

The veterinarian, Dr. Vickie Mellon with the White Pine Veterinary Practice, treated a 9-year-old non-neutered hunting dog that arrived at the care center due to trouble swallowing and closing his mouth, she told WVLT News. She said the dog did not have a rabies vaccine and had never visited the clinic.

Other than mild dehydration, the dog was sent home following treatment as she said it was “fairly normal.” Over the next several days, the dog’s health declined, which resulted in him being humanely euthanized. Afterward, Dr. Mellon said she submitted brain tissue samples to be tested for rabies and they came back positive.

Dr. Mellon told WVLT News that the test results showed the disease was a skunk variant, meaning the dog was bitten through a chain-link fence and contracted rabies.

According to the vet, there were no “warning signs” that the dog had rabies, saying the dog didn’t have a fever and was not foaming at the mouth. However, she said he was pawing at his face and had constricted pupils.

There is a condition called masticatory muscle myositis in dogs that caused the muscles that control chewing to get paralysis, which is what was believed to be wrong with the dog, according to Dr. Mellon.

“We do see that quite frequently in the summertime,” Dr. Mellon said. “I guess I just assumed he was vaccinated.”

Over two weeks, over a dozen people between the family and animal clinic had to get rabies postexposure prophylaxis, including immune globulins and rabies vaccines. Dr. Mellon said it costs more than $10,000 per person. Previously vaccinated individuals received rabies vaccine boosters, the vet told WVLT News.

Dr. Mellon said when people or dogs get bit by an animal with rabies, the disease moves up nerve tissue into the brain, which is fatal but can be prevented by a vaccine in animals and humans.

According to the Centers for Disease Control and Prevention, rabies in the United States is most commonly found in wild animals like raccoons, bats, skunks and foxes.

Approximately 60 to 70 domestic dogs and more than 250 cats are reported rabid every year, with nearly all the animals unvaccinated and having acquired rabies from wildlife, the CDC stated.

“Rabies is very rarely diagnosed in dogs,” Dr. Mellon said. “I’ve never seen rabies in a dog, and I graduated vet school in 1998.”

The Jefferson County family described the dog as sweet and friendly.

WVLT News has reached out to a nearby health department and the sheriff’s office.