Caleb Henry and his best friend, Lucas Teague, began their hunt for black bear on Oct. 17th, the opening day of the North Carolina season. On that day, Teague harvested his first bear, weighing 475 pounds. After the successful opening day, Henry and Teague were eager to get back out there for their next hunt.

On their second early, cold morning in Haywood county, Henry reported that it didn’t take long for them to begin their pursuit of another bear. “Within five minutes of turning them loose, the dogs jumped the bear and started walking it through the woods,” Henry told MeatEater.

At this point, Henry began doing everything he could to get ahead of the bear for a good shot. The bear crossed a road and went down into a deep holler, so they jumped into his truck and raced down another road in an attempt to get in front of the bear. After successfully maneuvering down a ridge, Henry was able to position himself in front of the bear, where he patiently waited for it to come around a hill and move into range. 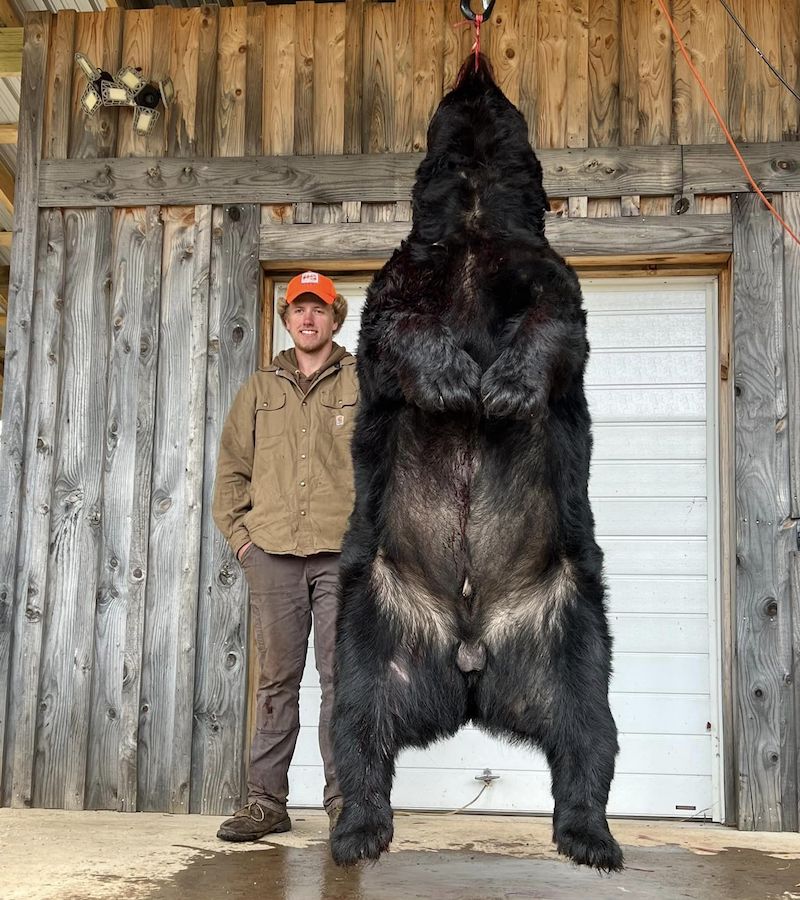 At 8 am that morning, Henry took the fatal shot with a .35 caliber rifle into the neck of the record-breaking bear. Fortunately, it dropped only about 100 yards from the road, so they didn’t have to haul the massive bruin too far. Henry describes feeling that the hunting season was going “pretty great so far” after harvesting his bear on the second day of the 2022 season.

After bringing the bear back from the field, a local biologist from the Haywood County office came to weigh the bear officially. Upon learning the bear’s weight of 695 pounds compared to the previous record of 688, Henry tells us that his “mind of him was blown” and that he “never would have thought the bear would have been that big.” His girlfriend, Kenzie Eakes, also accompanied Henry during the hunt and expressed feeling “so happy and proud to see him kill this bear of a lifetime.”

The couple shares that hunting is an activity they have enjoyed together throughout their relationship. Experiencing this hunt of a lifetime together will be a memory that “will never be forgotten,” Eakes said.

Although Henry and Eakes were excited and proud of this great bear, reactions to Eakes’ Facebook post about the hunt were not all supportive. Many negative comments were left on the post, causing Eakes to make an edit asking those who disagreed to “keep scrolling.” When asked how these negative comments made him feel, Henry replied by saying, “nothing that these people are saying will change my opinion on hunting.” 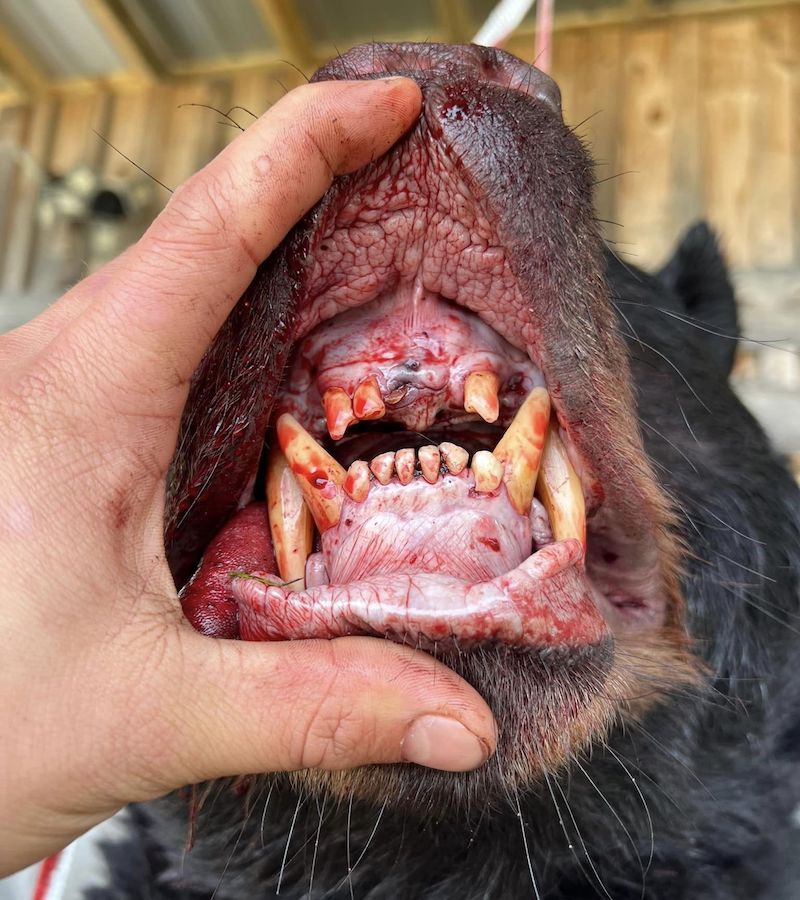 Despite the negativity, Henry plans to continue training his dogs this season for next year’s bear hunt. He also plans to participate in whitetail deer season this upcoming November. 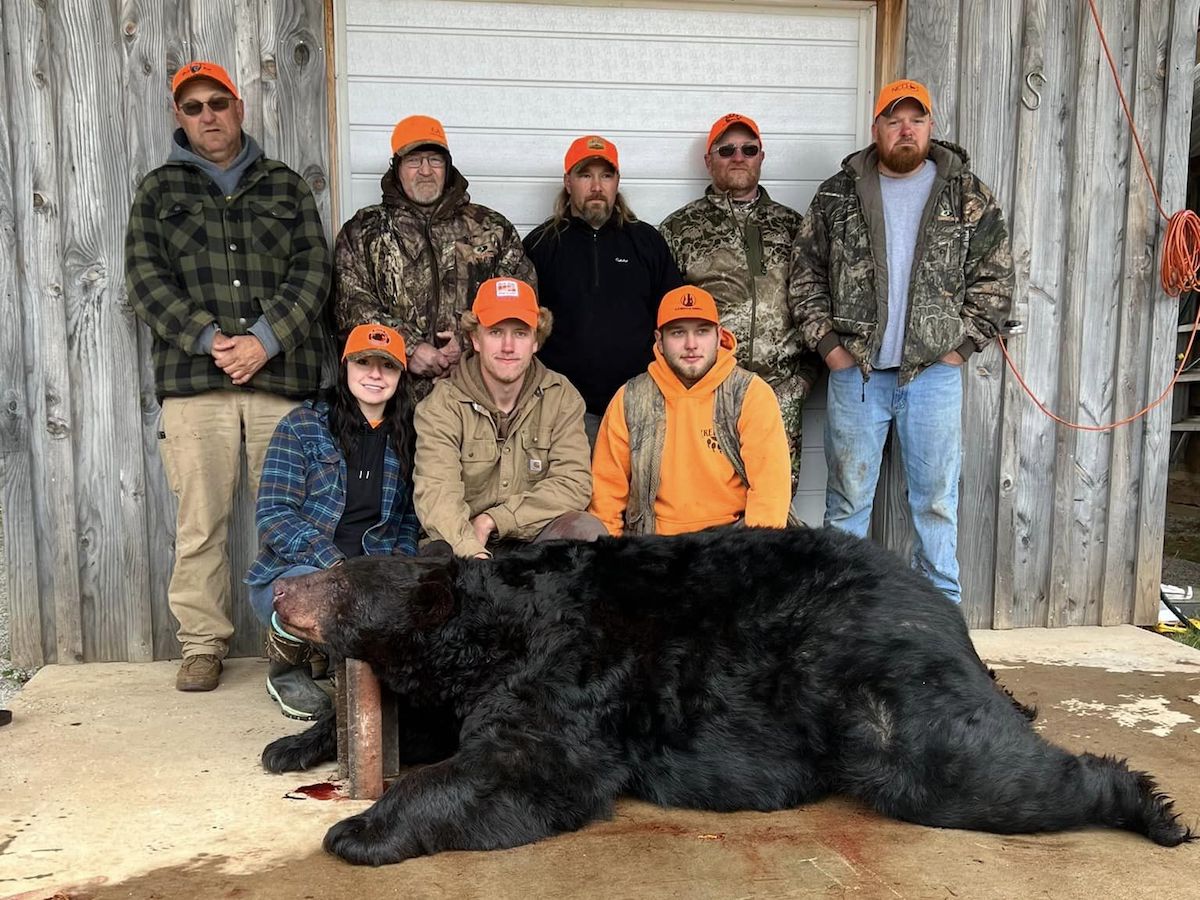