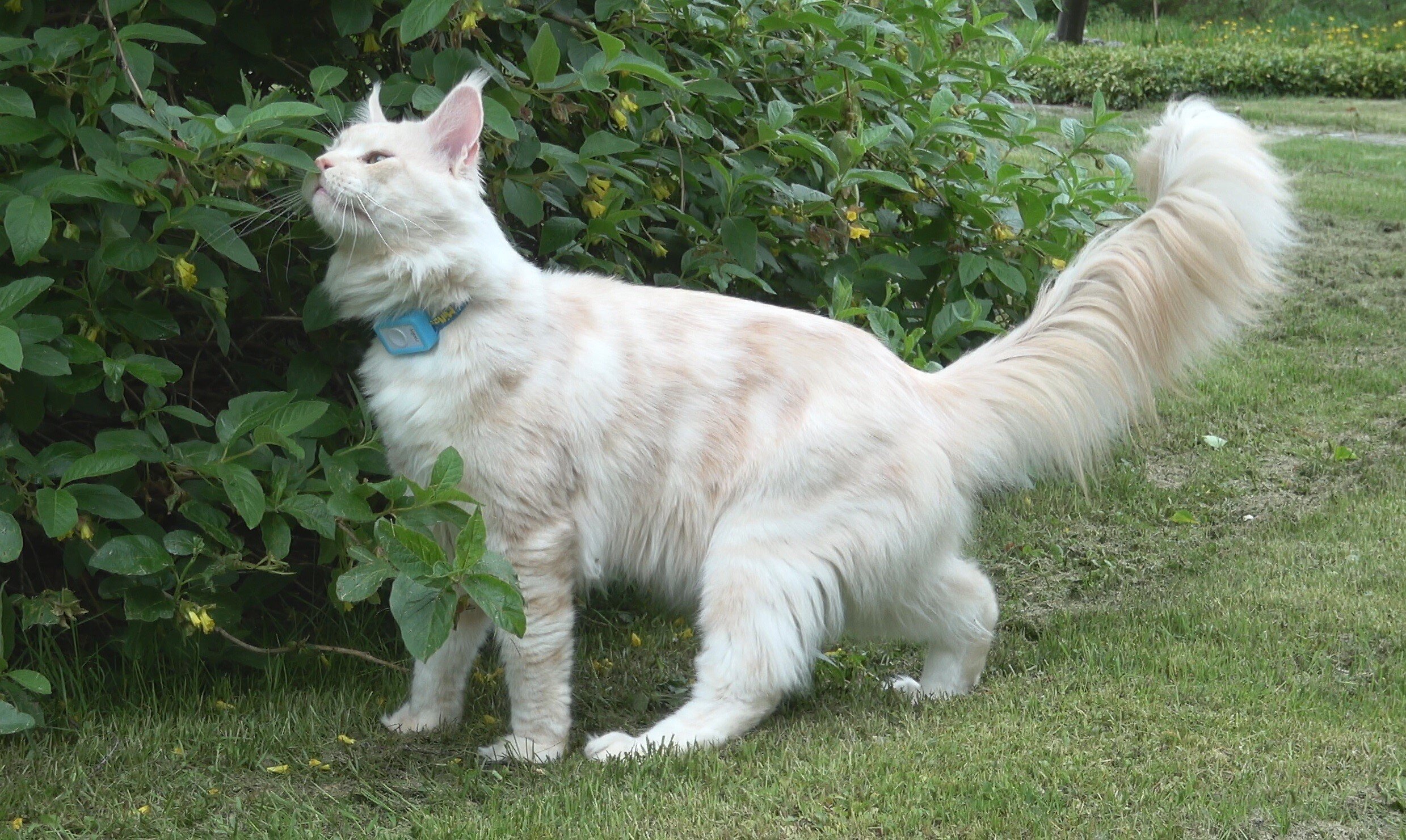 The domestic cat is one of our most popular pets. In Norway alone, 5.4 million people own approximately 770,000 cats. But where do our four-legged friends go? The cat wants to go outside, you open the door, it leaves and disappears. After a while it returns, but where it was in the meantime?

Researchers and master’s students at NMBU, the Norwegian University of Life Sciences, are shedding some light on the feline mystery. They have GPS-marked almost 100 pet cats in a small town in Eastern Norway and tracked the cats when they were outside. “The goal was to map the movements of an entire population of pet cats within the same area,” says NMBU-professor Richard Bischof. The cat owners all lived within about one square kilometer, which gave the researchers a very detailed insight into many cats’ activities within a limited area. The high number of cats within such a small area makes this cat tracking study unique.

In your neighbor’s garden

The results from this small Norwegian town corresponds with similar research from other European countries: the answer to the cat mystery lies significantly closer to home than the owners probably expected. The cats spent an average of 79% of their time outdoors within 50 meters of the owner’s home. The average maximum distance for all cats was 352 meters. “Some individuals traveled relatively far, sometimes several kilometers, but those were the exceptions,” says Bischof. Most cats are literally just around the corner when they are outside.

“As far as we know, no one has ever tracked that many cats in one small area. This made it possible for us to show what a domestic cat population looks like in time and space,” Bischof says. “We tend to think of animal populations as a collection of individuals or a single number,” Bischof continues. “Instead, I prefer to see them as surfaces that envelop and interact with the landscape.” Bischof also points out that most cat owners probably do not think of their cat as a member of a larger animal population. But they are clearly part of what the researchers called the “catscape” in their article. “The catscape is the combined intensity with which an area is used by all cats living there, and we were able to create a map of it using GPS data,” Bischof says.

The results showed that there was great variation between the individual cats in how they used the landscape. “This is quite typical,” says Bjarne O. Braastad, professor emeritus of ethology at NMBU. “Cats have different personalities, and research results reflect this: there is often great variation.” He goes on explaining that the cats probably spend a lot of time near the home in their own garden to rest. “It is also worth noting that almost all the cats were neutered,” he adds. “It will of course play an important role. Neutered cats are less likely to roam.”

How the animals use the landscape also dictates how they interact with the environment. And cats definitely have some effects on their natural surroundings. “An interesting topic for further studies is of course the effects on local wildlife,” says project manager and professor Torbjørn Haugaasen.”We did not have the opportunity to include it in this project period, but in the future we would like to take a Closer look at that as well.”

A large part of the project has been carried out by NMBU’s master’s students. “It has been a good combination of research and education,” says Haugaasen.”The students have gained a lot of practical experience with applied science, and also been co-authors of the scientific article.”

Although the study has so far been focused on eastern Norway, rumors spread, and the project received inquiries from across the country to join. “People are obviously very curious about what their cat does when it is out and about. Interest has been really high,” says Haugaasen.

After the data collection and data analysis was complete, the cat owners gained access to digital maps where they could see where their pet had been. The researchers conclude by pointing out how important the cat owners’ help has been. “We could not have done this without them. As an added bonus, we had the opportunity to include many families with children in our research. Maybe we have inspired some budding scientists?”

The research was published in Scientific Reports.