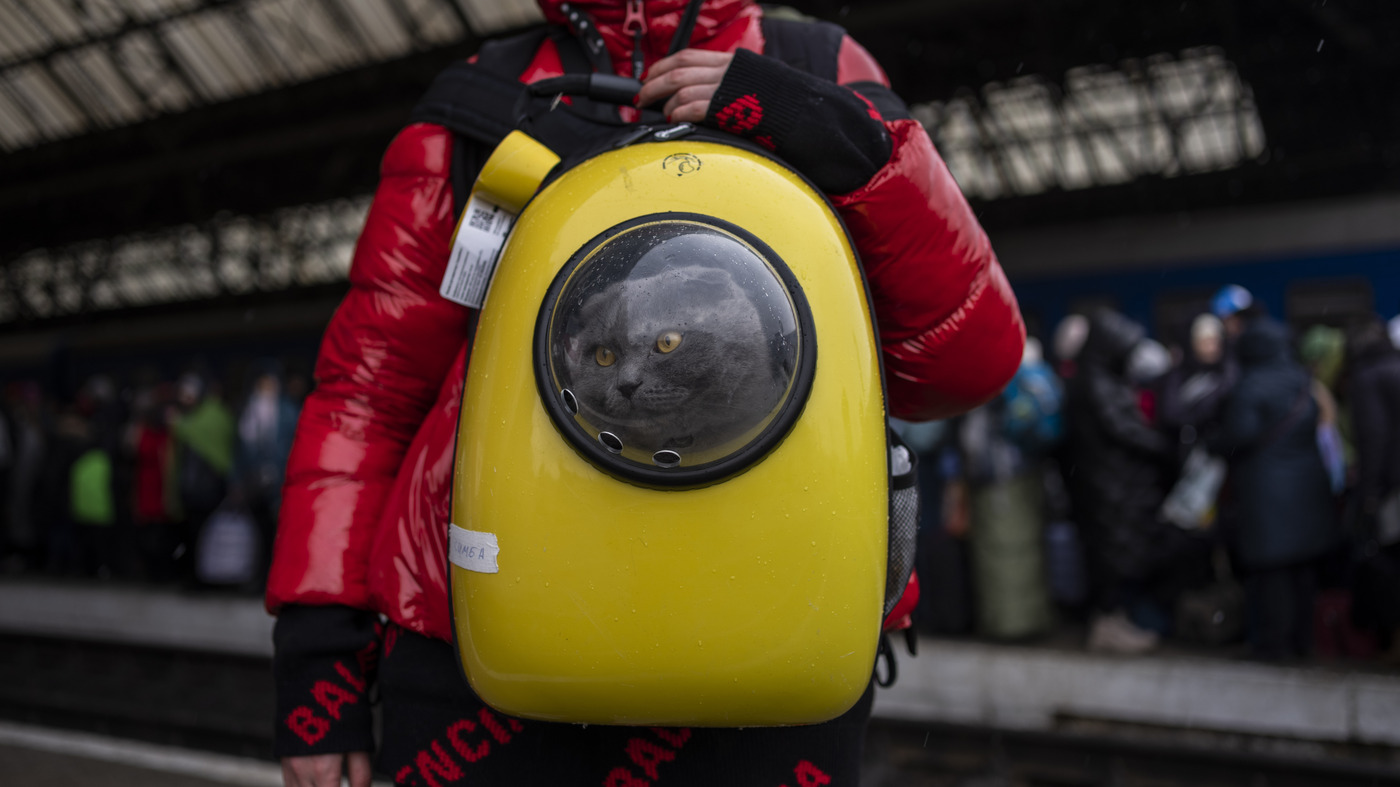 A Ukrainian girl and her cat wait at the platform inside Lviv railway station in Ukraine on Sunday. An international cat federation is banning Russian cats from its competitions for the next three months over its invasion of Ukraine.

A Ukrainian girl and her cat wait at the platform inside Lviv railway station in Ukraine on Sunday. An international cat federation is banning Russian cats from its competitions for the next three months over its invasion of Ukraine.

First Eurovision, then the Paralympics and now … cat exhibitions.

Fédération Internationale Féline (FIFe), an international cat federation with members in about 40 countries, is banning Russian cats from its competitions for the next three months, joining the growing global backlash to Russia’s invasion of Ukraine.

FIFE announced this week that it is enacting certain restrictions on cats bred in Russia and belonging to exhibitors who live there, citing the mass destruction and civilian fatalities caused by what it called Russia’s “unprecedented act of aggression.”

“The Board of FIFe feels it cannot just witness these atrocities and do nothing,” it added.

As of Tuesday, no cats bred in Russia may be imported and registered in any FIFe pedigree book outside Russia, and no cats belonging to exhibitors living in Russia may enter any FIFe shows outside the country.

The restrictions are valid through the end of May and will be reviewed as necessary, officials said.

The organization describes itself as “the United Nations of Cat Federations,” representing more than 100,000 individual members. It organizes more than 700 shows per year exhibiting more than 200,000 cats, according to its website. FIFe is officially headquartered in Luxembourg.

“The name of FIFe is synonymous with quality and unity,” it says in a fact sheet. “It represents the interests of cats on a world-wide basis.”

Officials said in their statement that its executive board was “shocked and horrified that the army of the Russian Federation invaded the Republic of Ukraine and started a war.”

“On top of that our Ukrainian fellow feline fans are desperately trying to take care of their cats and other animals in these trying circumstances,” they added.

A million Ukrainians have fled for safety in the week since Russia first invaded, and many have been pictured bringing their cats and dogs with them.

Member of FIFe clubs in countries bordering Ukraine, including Poland, Romania, Hungary, Slovakia and Moldova, are “lending a helping hand to their Ukrainian breeder friends,” the statement continued.

FIFe is also pitching in, with its board deciding to dedicate a portion of its budget to support cat breeders and “fanciers” in Ukraine who are impacted by the conflict. It said it consulted its members in Ukraine and would countries about the best way to so.

News of the temporary ban elicited a mixed response.

Some social media users scoffed, while others applauded the act of solidarity, as the Washington Post reported. The announcement garnered a particular backlash in China, where Business Insider reports the hashtag “Russian cats are banned” went viral on Weibo on Wednesday, receiving some 118 million views in 24 hours.