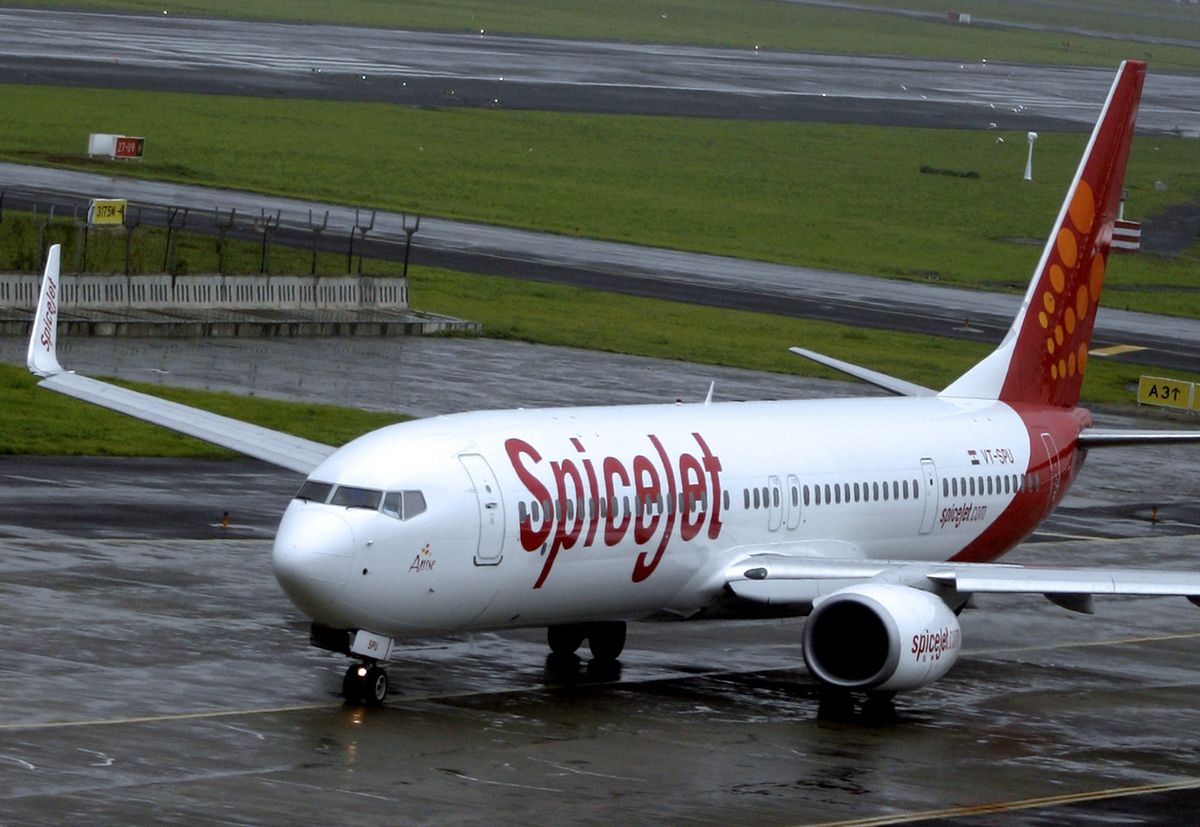 Around 12:10 local time, on 19th June, a Boeing 737 operated by SpiceJet made a successful emergency landing in Patna, India. The flight carrying 185 passengers was bound for Delhi when shortly after rotation, the left engine encountered a bird strike which caused an engine fire. Following this, the pilots shut down the left engine and successfully executed an emergency landing back at Jayprakash Narayan International Airport, Patna.

The flight in question was a regular route operated by SpiceJet aboard a Boeing 737. The aircraft contained a reported 185 passengers with an intended destination of Delhi. During the takeoff procedure, what has been confirmed to be a bird strike, occurred in the left engine upon rotation. Sparks were noticed coming from the left engine by both passengers and cabin crew. The aircraft continued its climb to a safe circling altitude as prescribed.

The pilots reacted properly by shutting down the left engine to avoid further damage and risk. Flying on one engine the flight crew managed to gain sufficient altitude to circle back around and execute a safe single-engine landing. According to a representative from SpiceJet,

“Cockpit crew of Patna-Delhi SpiceJet flight after take-off during rotation suspected bird hit on engine no. 1. As a precautionary measure, the flight captain shut down the affected engine and returned to Patna. Post-flight inspection shows bird hit with three fan blades damaged,”

Several videos were recorded during the incident both in the air and on the ground. Below is a video posted to Twitter of the incident.

Multiple passengers have reported that immediately after the aircraft became airborne, they experienced tremors in the aircraft and the interior lights began switching off. This is exactly what should have happened.

Every aircraft with a power plant (engine) shares a close affiliation with the said power plant. If an engine starts running rough, which this one was, it will cause the entire aircraft to run rough. By shutting down engine number one, the pilots managed to starve the engine of both fuel and electricity rendering a continued fire impossible.

Engines power a device known as an alternator. This alternator produces electricity which is what powers aircraft electronics. Everything from flight instruments to interior lighting receives power from these alternators in-flight. When one engine is shut down on a twin-engine aircraft, such as a Boeing 737. It is left with only one generator of electricity. For this reason, it is a standard procedure for the flight crew to shut off all items that drain electricity that is not essential to the flight.

This incident recently occurred and is currently undergoing further investigation. When the investigation team finalizes a report on the incident, more details will be shared with the public. It is important to note that select pieces of information have begun circling the internet concerning this incident that has been proven to be incorrect.

The most popular of these is that passengers reported an inflight fire which forced the emergency landing. The airline has denied this information and has instead confirmed that the only known fire was in engine number one.

In time the official investigation findings will be released which will paint a full picture of the incident. For now, what is known is that engine number one had a bird strike which caused an engine fire. The flight crew reacted promptly and properly, by ensuring a safe landing and all of those aboard were able to safely disembark the aircraft.

Have you ever experienced an emergency landing? Let us know in the comments below.