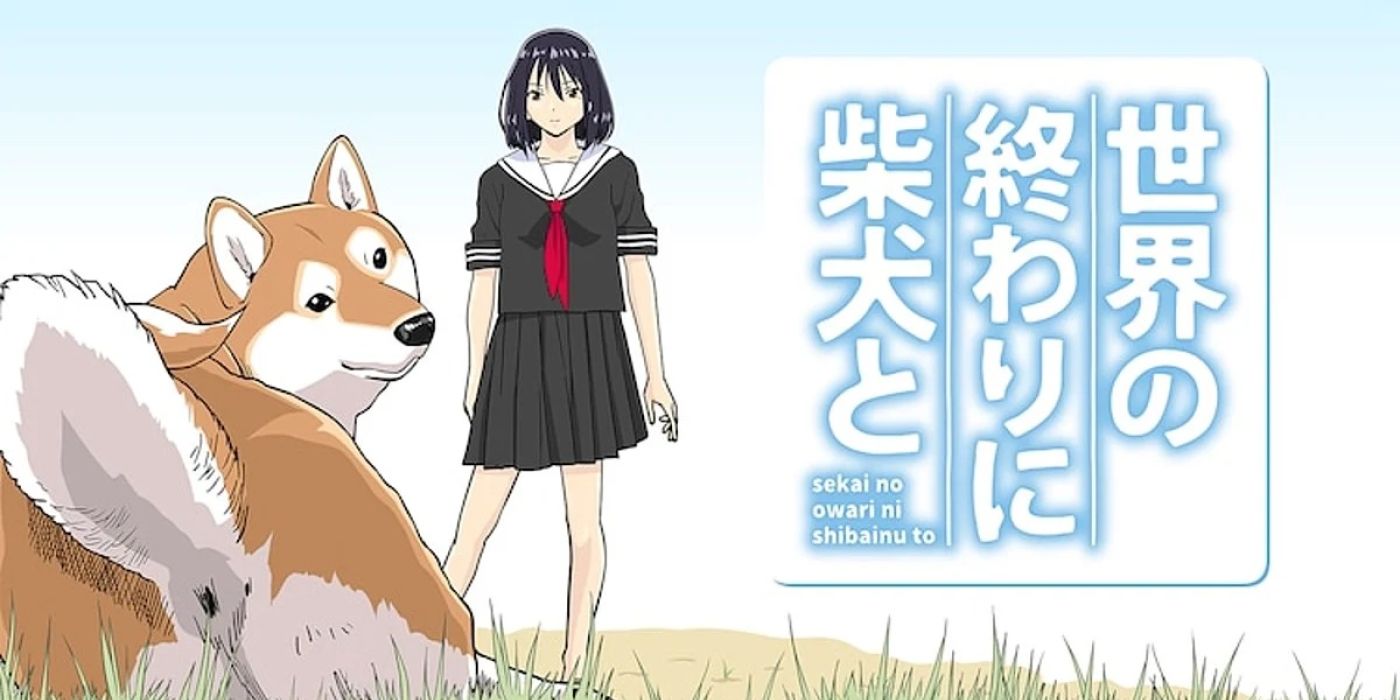 Dogs are man’s best friend, especially after the end of the world in the upcoming Summer 2022 anime Doomsday With My Dog.

Sentai Filmworks has announced it will be adapting Yu Ishihara’s webcomic Doomsday With My Dog (Sekai no Owari ni Shiba Inu to), a four-panel webcomic about a high school girl living in an apocalyptic world with her Shiba Inu named Haru. Despite the depressing setting, the comic’s content is light-hearted, with Haru, who can speak, helping his owner keep her spirits up in a depressing world as the last living human. The series’ humor comes from Haru’s observations and interactions with the girl, as well as some other characters who appear. It also explores philosophical ideas and concepts, with Haru taking part in many of these conversations.

The Doomsday With My Dog webcomic was originally posted to Ishihara’s Twitter and was picked up by Kadokawa for serialization on ComicWalker in 2018. It was then compiled into three tankobon volumes by December 2020, with new chapters still being released as of this writing. The animated comic will stream on HIDIVE beginning in Summer 2022. It will be directed by Aoi Shimoyama and Sorosoro Tanigawa, with the voices provided by Mutsumi Tamura and Maaya Uchida. The series will be animated by DLE, also known for the popular Skull-faced Bookseller Honda-san.

Doomsday With My Dog is another entry in a trend of laid-back, post-apocalyptic titles. Yokohama Kaidashi Kikou also took this approach when exploring life after a cataclysmic event led to the destruction of a modern civilization. While the protagonist isn’t the last living person in that series, some episodes did not feature any interaction and focused on her instead. While it leans more into comedy rather than yashikei, it does share the genre’s light-hearted nature given the circumstances.

The Doomsday With My Dog comic became popular on Twitter due to its take on post-apocalyptic life and the conversations Haru has with his owner and other characters. As of writing, it has a score of 7.4 on MyAnimeList with 367 votes. One reviewer cites the charming characters and the art style as some of the series’ strong points.

Other high points are the characters Haru and the girl meet — including aliens and yokai — and the philosophical conversations Haru partakes in, whether it’s the meaning of love with other dogs or Schrödinger’s Cat with his owner. It’s definitely an underrated series that many fans of cute dogs and philosophy will enjoy and should check out this summer.