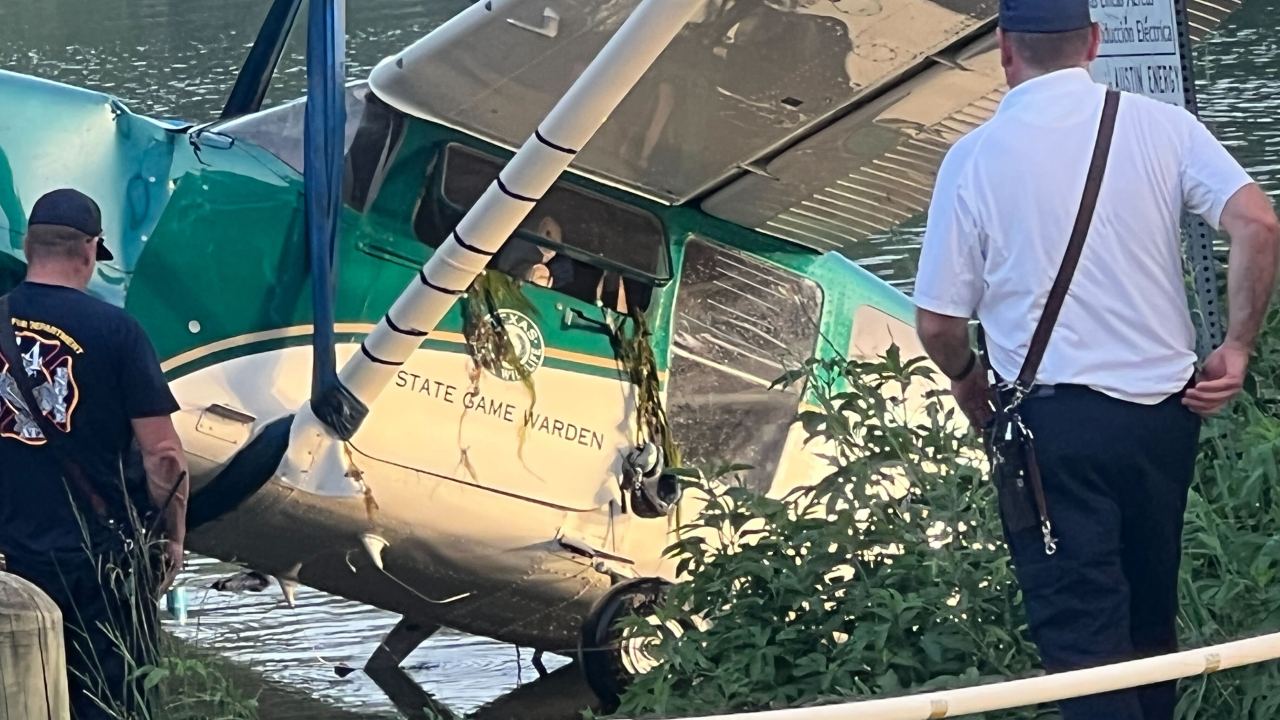 AUSTIN (KXAN) — A small plane crashed into Lady Bird Lake Thursday and the pilot was rescued by nearby paddleboarders, according to the Austin Police Department. That pilot is at the hospital being evaluated, officials said in an afternoon news conference.

One bystander said he heard a crash and assumed something was happening on the nearby highway, but when a paddleboarder yelled out that a plane had landed in the river, Nicholas Compton rushed out with a life jacket and found the pilot, he told us.

‘He was very out of it’: Man talks about helping pilot who crashed into Lady Bird Lake

He said the pilot was panting heavily and in distress and that the plane was smoking. It took about five minutes to get the pilot to shore, Compton said.

“I was expecting to see something much worse than a man still alive floating so I was very relieved to see that he was still conscious and everything so, it wasn’t much thinking except just getting him to the shore to medical services,” Compton told KXAN.

The incident happened Thursday just west of Interstate 35. Texas Parks and Wildlife confirmed it was a game warden pilot that crashed.

“The Texas Parks and Wildlife Department is aware that a Game Warden pilot was involved in a plane crash today in Austin on Lady Bird Lake. We are gathering more information about the status of the pilot and the airplane,” a spokesperson said.

A TPWD spokesperson said the plane “had just come out of routine maintenance and the pilot was on a test flight when they reported mechanical issues which forced them to land the plane in Lady Bird Lake.”

A spokesperson for the Austin Bergstrom International Airport said air traffic control got a notification about an inbound emergency landing but the reporting pilot didn’t make it to the runway.

The plane was a 2009 Cessna T206 and took off from the Texas Department of Transportation terminal at Austin-Bergstrom International Airport, according to officials.

The pilot, a man, survived but Austin-Travis County EMS and other officials said he was taken to the hospital with potentially serious injuries after the crash.

The Federal Aviation Administration said it would release information regarding the crash on its incident reporting website as early as Friday. The National Transportation Safety Board is in charge of the investigation, the FAA said.

TPWD said there’s no timetable for getting the plane out of the lake, but crews are securing the crash site “to reduce any environmental impacts.”

Several people posted photos and sent details to KXAN on Twitter. One said, “pilot taken to shore by paddle boarder.”

APD asked people to avoid the hike-and-bike trail from IH-35 to East Avenue.