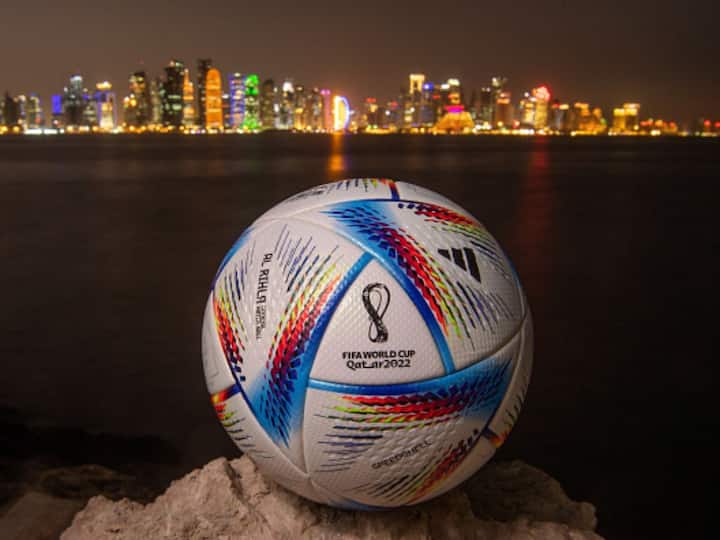 The World Cup started in Qatar less than a week ago and, my oh my, it has set the world on fire. What else is there in life to compete with the feverish, beautiful, almost inexplicable madness of the World Cup?

There is, in reality, only one World Cup. India and a few other countries that, with the exception of the late entrant to cricket, The Netherlands, inherited the game from England as former colonies recently competed in the ICC T20 World Cup. There is similarly the ICC One Day International version. America has the gumption to call its baseball finals the “World Series” and similarly the National Basketball Association (NBA), which is confined to the United States (with a slight nod to Canada) and until a couple of decades ago barely even had any players from outside the US, describe the winners of the finals as “world champions”. But the inescapable truth is that these are all comparatively parochial exercises in sports. The only event that merits the designation of World Cup is the global battle for football supremacy.

In our day, as has been the case for some time, nationalism is inextricable from sports. Thirty-two teams, having gone through the qualifying rounds, are competing this year in Qatar for the champion’s trophy, and in 2026 the number of countries that will field team increases to 48. The fans come decked in their country’s colours. The thrill that passes through their entire body when their country scores, sending them into convulsions, is akin to sheer bliss. And, yet, it is the particular feature of what the Brazilians call “the beautiful game” that nationalism is just as often transcended as it is reinforced. But let us not get ahead of ourselves.

To get a glimpse of what moves the world, what animates people, and the passion that impels men to invest their life savings and travel thousands of thousands to follow their beloved team, one must turn to the World Cup. It is a phenomenon quite unlike any other: many suppose that the splendor of the Olympics is more than a match for the World Cup, but that is a wholly erroneous view. There is something quite staid and officious about the Olympics; it projects power in a dull and orderly fashion. To be sure, every now and then an Usain Bolt comes along and acts like a lightning rod, and similarly the female gymnasts and the divers with their synchronized moves before they plunge into the water imprint and earn not only a name for themselves but cultural capital for the countries that they represent. But the Dionysian — the ecstatic, sensuous, emotional, Bacchanalian — element that characterizes the World Cup is missing from the Olympics. It is no surprise that China has over the last two decades made its way to the top besides the United States in the Olympics medals standings but is a non-entity in the World Cup. The boring monstrosity that is the Chinese Communist Party would be lost at sea in the excess and ecstasy that is the World Cup.

This edition of the World Cup in Qatar has had its share of scandals, stories, and surprises — and the event is still in its early stages. There are rumors that the Qataris bribed their way into becoming the Chosen Ones. For Europeans, from whom the rest of the world has learned a great many abominations such as racism, colonialism, and genocide, to pretend that this alone is scandalous is something like the kettle calling the pot black. Qatar is very hot in the summer, the usual time of the year when the World Cup is staged, and so it was moved to November-December, a comparatively “cooler” time of the year in a country where it remains at least warm throughout the year. Perhaps the timing of the world’s most famous sporting event is inconvenient for Europeans, but it is time that Europe, which receives far more slots than any other continent, learned that it is no longer the center of the world.

There is much grumbling that Qatar is not permitting fans to wear armbands that display support for LGBTQ+ rights and European fans are scandalized that the sale of beer at World Cup stadiums has been prohibited. But, if one had to speak of the scandalous, far more pertinent is the fact that several hundred migrant labourers, whose story I will convey in a separate piece, have died building World Cup stadiums in Qatar. Their deaths will be put down to the usual weary disclaimer, “That is the way of the world.” Meanwhile, FIFA, the international football governing body that organizes the World Cup, has revenues of $5 billion and many of the players themselves earn tens of millions of dollars annually.

Nevertheless, unless we think that the beautiful does not have a sordid side to it, this World Cup has already been a joyous explosion of talent, generating a feverish excitement and results that have stunned those who love this game that, at its best, is absolutely mesmerizing. Spain demolished Costa Rica, 6-0, even if at times it appeared to be just playing a practice match. Iran, which is being hammered by protests back home—another story which the world should watch with utmost attention—received a different kind of drubbing on the field as England made mincemeat of it, 6-2. France had a spectacular beginning and, by a score of 4-1, made short work of Australia. But this World Cup has been nothing if not a mélange of the predictable and the unpredictable, reason and superstition, the mundane and the extraordinary — and the unpredictable is always more promising. Who would have thought that Japan would send Germany, a powerhouse of football, into misery? Two goals from two Japanese strikers were more than enough to neutralize and subdue the Germans who had one goal from a penalty.

It is said that Japan’s victory had been foretold. The day before the match, Taiyo, a river otter at an aquarium, had placed a miniature football in a blue bucket adorned with a Japanese flag, ignoring both the red bucket with a German flag and the yellow bucket that signified a drawn game. In an earlier generation, the Europeans would have chuckled at this story and described it as a species of “Oriental superstition”. But the world is now chuckling at the Germans. The Japanese are calling upon the government to declare a national holiday — and thus emulate Saudi Arabia, which brings us to the most astonishing surprise unleashed thus far at this World Cup, or indeed in international sports.No one expects anything much from the Saudis: the oil-rich kingdom is, in the common imagination, good for nothing , its opulence having derived from neither from the labor nor the skill or intelligence of its own citizens.The country has made many strides in becoming green, while making the rest of the world dependent upon oil.It is known the world over for many other unpleasantries, from unattractive potentates to forbidding women (until just a few months ago) from driving cars.

Saudi Arabia has barely a presence on the international sport scene, except perhaps in falconry, and its football team is home-grown with little experience in international matches. Their opening match was with Argentina — a country that, much like Brazil, dreams football. Argentina came into the World Cup fresh from its victory over Brazil in COPA 2021, the championship that establishes football supremacy in South America. Saudi Arabia’s leader, Mohammed bin Salman (known generally as MBS), had apparently instructed the players to go and enjoy themselves, and not think about winning. The Saudi footballers more than enjoyed themselves; they disobeyed MBS and pulled off a stunning victory over Argentina, a win all the most spectacular as it came off an extraordinary goal — a demonstration of enormous skill, a flight of pure joy — by Al-Dawsari. MBS declared the following day a national holiday in Saudi Arabia.

How far Saudi Arabia will go in this World Cup is anyone’s guess. There was, a decade ago, the Arab Spring—a rather more momentous development in world politics. It did not last very long; some will say that it eventually led to chaos and lawlessness, even facilitating the rise of autocratic leaders such as Abdel Fattah El-Sisi, the President of Egypt who rules with an iron hand. Saudi Arabia’s victory over Argentina is being described as a miracle, almost as an awakening of the Arab world. It suggests that football, too, is being democratised: the day when neither a South American nor European team wins the World Cup may not be very far off into the future. The rise of African, Asian, and Middle Eastern nations in the football world is a lovely thought.

But this victory too can only be seen as bittersweet. MBS is, to use a colloquialism, a nasty piece of work, at least privately thought by the US and European countries to have ordered the gruesome killing of the dissident journalist Jamal Khashoggi in Istanbul in 2018. He has been looking for ways to rehabilitate himself and one can be certain that he, much as many other autocratic “leaders” have done, will use the victory of the Saudi national football team over Argentina to flaunt himself as a genuine leader, a visionary who is opening the country to the West and inspired the players to outdo themselves. The World Cup has never been only about football: power, politics, and nationalism are intrinsic to the game.

Yet, there is, still, the artistry and elegance of that delivery into the net by Al-Dawsari that sent the world into a tizzy. It is all this that makes for the beautiful, feverish madness of the World Cup.

The author is a Professor of History at the University of California, Los Angeles (UCLA).