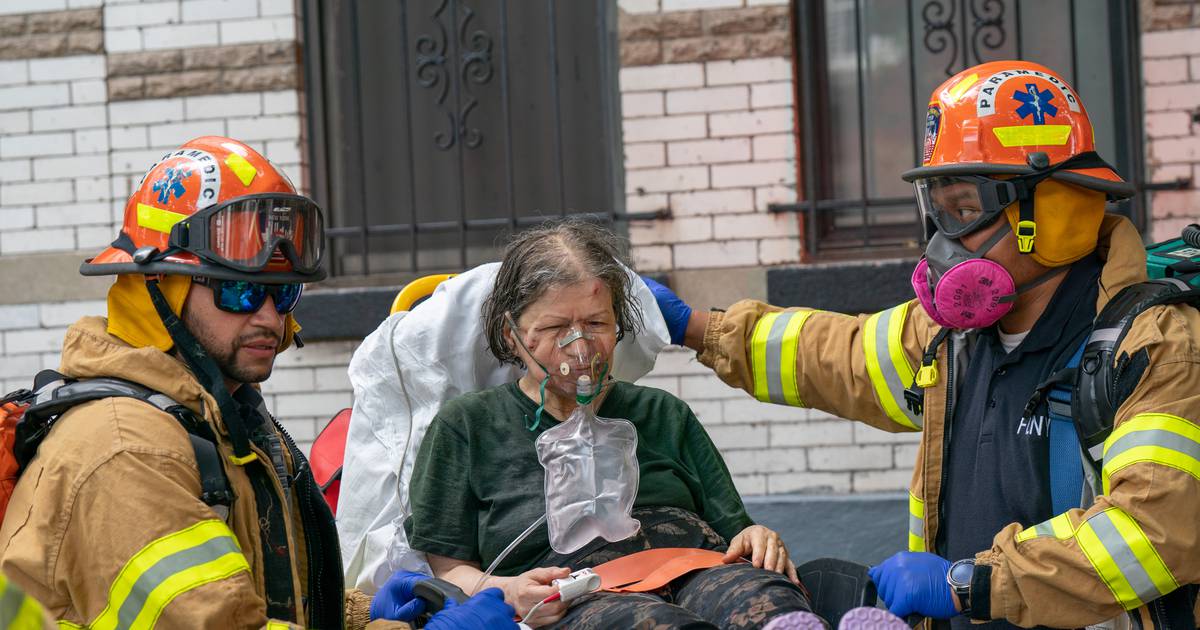 One resident and two firefighters were injured in a massive smoke-filled blaze that tore through two Brooklyn homes Saturday — while two waterlogged cats that survived the flames were pulled from the soggy debris, cops said.

The three-alarm fire erupted in a home on Sumpter St. near Thomas Boyland St. in Brownsville about 10:30 am and quickly spread to the address.

The acrid smell of smoke alerted one resident to the blaze.

“These houses are connected together, so the smoke travels through the walls,” said one resident, who would only identify himself as Tony. “I ran to the back and saw the smoke coming through the wall. When I went downstairs, the firefighters were already chopping my door down.”

An elderly resident of the home where the fire started narrowly missed the dangerous blaze, to go to Harlem when leaving the fire broke out, his son Seky Gathers told the Daily News.

Get updates on the coronavirus pandemic and other news as it happens with our free breaking news email alerts.

“I live in New Jersey and (a neighbor) called me and said, ‘You’re dad’s house is on fire!”‘ said Gathers. “I raced over here to make sure he wasn’t in the home. We couldn’t get a hold of him at first, but we learned he wasn’t in the house.”

Gathers’ childhood home was totally gutted before the fire was fully extinguished by 12:15 pm

The landlord for the home that first erupted in flames was taken to the hospital with serious injuries. His name was not released. Two firefighters also suffered minor injuries, an FDNY spokesman said.

Two waterlogged cats were also found in the home by firefighters sifting through the rubble.

The felines, visibly unhappy about being sopping wet, were pulled from the charred debris and placed in a box to dry off.

The cause of the fire was under investigation, an FDNY spokesman said.