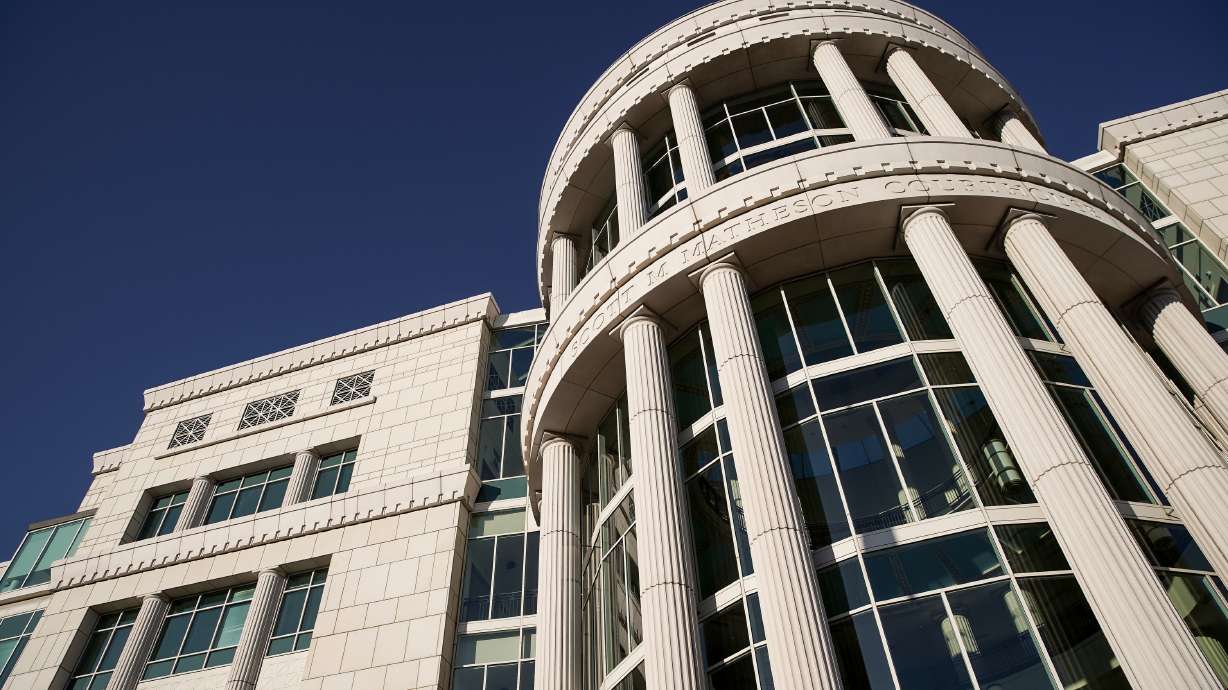 A Cottonwood Heights man was charged Friday with torturing animals. Police say he has a history of adopting animals, mainly dogs, and abusing them just days after taking them home. (Spenser Heaps, Deseret News)

COTTONWOOD HEIGHTS — A Cottonwood Heights man who police say has a history of adopting animals, mainly dogs, and abusing them just days after taking them home, now faces criminal charges.

Kaiden Orie Graham, 20, was charged Friday in 3rd District Court with four counts of torture of a companion animal, a third-degree felon.

The investigation began May 17 when a woman who wanted to check on Graham’s animals went to his residence. The woman knew that Graham would be out of town from May 16 to May 22 and “became concerned the dogs were not being taken care of,” according to charging documents.

When the woman opened Graham’s door, she told police she was “consumed” by the “heavy odor of urine and feces.” When she found the room where Graham’s two dogs — Loki and Freya — were being kept, she found that the puppy was malnourished and “was having difficulty standing and kept falling over” while Freya was locked in a kennel with feces and urine, the charges state.

An officer was called to the residence and quickly determined that the apartment was “unsafe for human and animal occupancy,” according to the charges. Animal control officers and the Salt Lake County Health Department were called to the scene.

A second officer who arrived at the apartment “noted the burning smell of ammonia.” The officer then observed that Loki, a 6-month-old shina ibu, appeared to be dehydrated, had a cauliflower ear and “when he attempted to get up, he circled one way and fell over,” according to the court documents. The officer also “noted both dogs appeared to be extremely underweight.”

Loki was taken to a local vet on May 18 and was found to have broken ribs in various stages of healing, a spinal injury, a leg injury, and “severe head trauma,” the charges state. “The head trauma had caused blindness and it was unknown if Loki would ever see again.”

As detectives looked into Graham’s history, they learned that he had adopted seven other dogs between March 2021 and January. According to charging documents:

Information on the breeds and ages of the dogs was not immediately available on Friday.

Police also learned that a chinchilla had died while in Graham’s care, the charges state. Witnesses told police that he also owned two cats at one time and that both died under suspicious circumstances. A no-bail warrant was issued for Graham’s arrest.

Pat Reavy is a longtime police and courts reporter. He joined the KSL.com team in 2021 after many years of reporting for the Deseret News