Well, the Winnipeg Blue Bombers made a clear statement last week. Pick against them at your own peril. They won’t go 18-0, it just won’t happen. Although, now that I’ve put that in print I fully anticipate the first-ever perfect season in the CFL.

Or maybe that season will belong to the Calgary Stampeders as we’re set up for another dandy matchup of the unbeatens this week.

Week 6 also brings to it the beginning of Danny Maciocia as head coach/GM of Montreal, the REDBLACKS without Jeremiah Masoli, another QB at the helm of the Edmonton Elks and the league’s return to one of the most hospitable places on earth, Atlantic Canada .

Can Taylor Cornelius lead the Elks to victory this week against the Montreal Alouettes? (The Canadian Press)

We’ll see what Danny Maciocia and Noel Thorpe have in store as the new coaching leadership in Montreal. Maciocia wants a more disciplined team and has brought in Thorpe to re-energize a defense he sees as becoming uninspired.

It’ll help that the Alouettes will take on the Elks with Taylor Cornelius now at the helm. With Nick Arbuckle traded and Tre Ford hurt, the Elks continue to work their way down the depth chart with the strong armed Cornelius, who varied had a few opportunities last season with success.

Trevor Harris gets to play against the Elks, the same team that traded him to Montreal late last season. Harris will need to lead the Alouettes a lot better in the red zone as Montreal can’t find the end zone early this season. He’s also thrown just one touchdown pass with three interceptions through the first few starts this season.

The Alouettes are also going with former Elk Walter Fletcher at running back to try and find a spark without William Stanback.

As for Edmonton, I’m curious to see how they respond to last week’s blowout loss to Calgary. Right when it looked like the Elks were turning a corner they took two steps back. 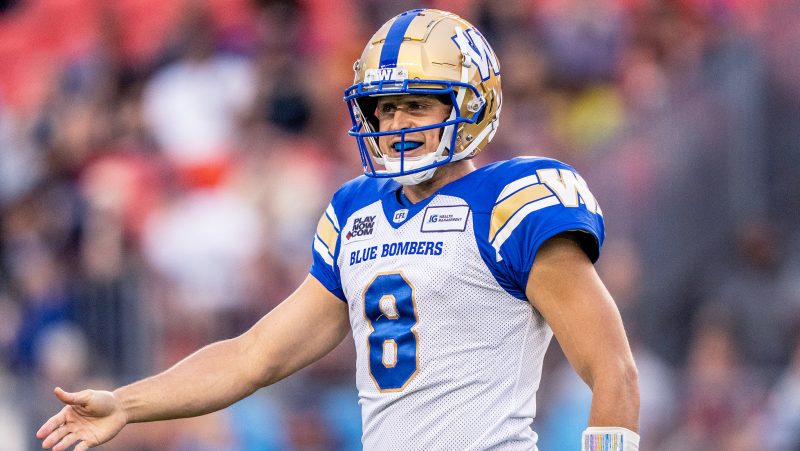 After an impressive outing in Week 5, Zach Collaros and the Bombers hope to keep their winning streak alive this week against the Stampeders (Kevin Sousa/CFL.ca)

5-0 vs. 4-0 in easily the game of the week as we’ll be down to one unbeaten team by the end of the weekend.

Calgary and Winnipeg both had impressive wins last week and showed their dominance over the opposition. Both of those wins were also on the road.

Bo Levi Mitchell appears to be settling in and showing that he’s fully capable of becoming an MOP caliber quarterback again. He’s one of the most efficient quarterbacks in the league and he’s gaining more and more chemistry with his receiving corps. Add to that the dominant running by Ka’Deem Carey and the Stampeders definitely have a team that will be contenders for the Gray Cup.

However, as we learned last week, the road to the Gray Cup this season will most definitely have to go through Winnipeg first. Zach Collaros is making a case to become back-to-back MOP and the defense hasn’t slowed down one bit.

They gave Nathan Rourke a reality check and I think the Bombers will be doing that for plenty of teams this season. 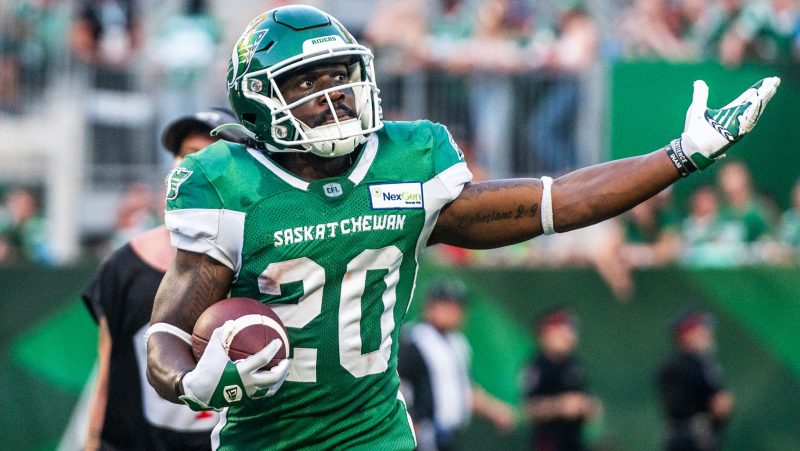 Can the Riders make it three in a row this weekend against the Argonauts in the Touchdown Atlantic game? (Matt Smith/CFL.ca)

Touchdown Atlantic is back and for the first time features the Saskatchewan Roughriders. Don’t be surprised to see plenty of No. 12 Roughrider jerseys at the stands as kicker Brett Lauther hails from just up the road in Truro, Nova Scotia.

The Riders come in after another impressive game on the ground with Jamal Morrow and Frankie Hickson going off against the Ottawa REDBLACKS last Friday night. Cody Fajardo is still very much on the limp, however, and has completely diminished his ability to take off on the ground. That is why the success of Morrow and Hickson has been so important.

Toronto is coming off their second bye week of the season, so they’ll be a lot more fresh than the Riders who are banged up after five-straight weeks of football, some short weeks and now their second lengthy eastern road trip.

The Argonauts are coming off a game where they nearly handed Winnipeg their first loss of the season, or at least forced overtime. Toronto’s offense has been average to start the season but Andrew Harris has definitely his successes running the ball against the Roughriders, albeit with that vaunted Bombers offensive line in front of him.

Toronto’s defense, however, has struggled to start the season. The Roughriders defense definitely has not struggled. They lead the league is sacks, turnovers forced, and two and outs forced. 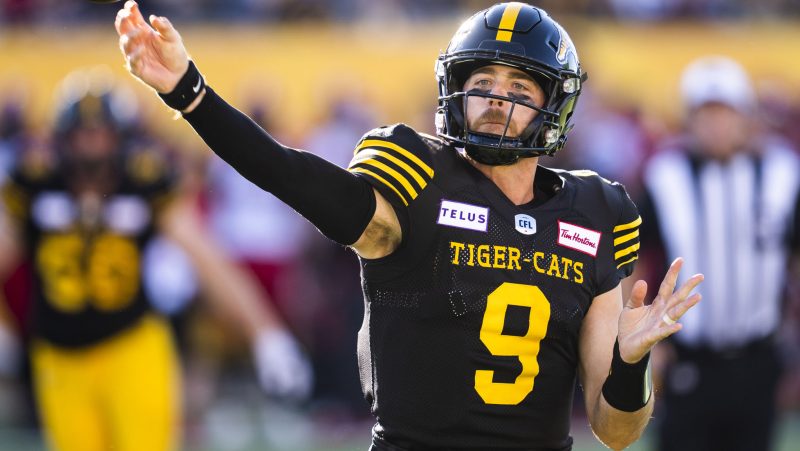 The Ottawa REDBLACKS season was dealt a serious blow with the injury to quarterback Jeremiah Masoli last week. It’ll take a little bit of time for newly acquired Nick Arbuckle to get up to speed so Caleb Evans and Tyrie Adams will have to fill the void to try and get Ottawa their first win.

The REDBLACKS definitely need to get the feeling of something going right as they’ve been ‘close’ this season but that just means they’ve been losing.

The same story can be said for the Hamilton Tiger-Cats as we have the complete opposite of the battle of unbeatens in this one. Instead, it’s the battle of the winless.

If I were to wave a magic wand for the Tiger-Cats it would be for them to have a better run game. They need to take some pressure off of Dane Evans.

I know if Evans were to wave a magic wand, he’d see a lot more of his passes land in the hands of his receivers rather than the hands of the opposition. Evans wanted a break after a frustrating start to the season and I’d expect the entire Tiger-Cats organization have a different attitude after their bye week as I have a hard time thinking the two-time defending division champs are going to be winless for much longer.

In fact, I think that ends on Saturday.