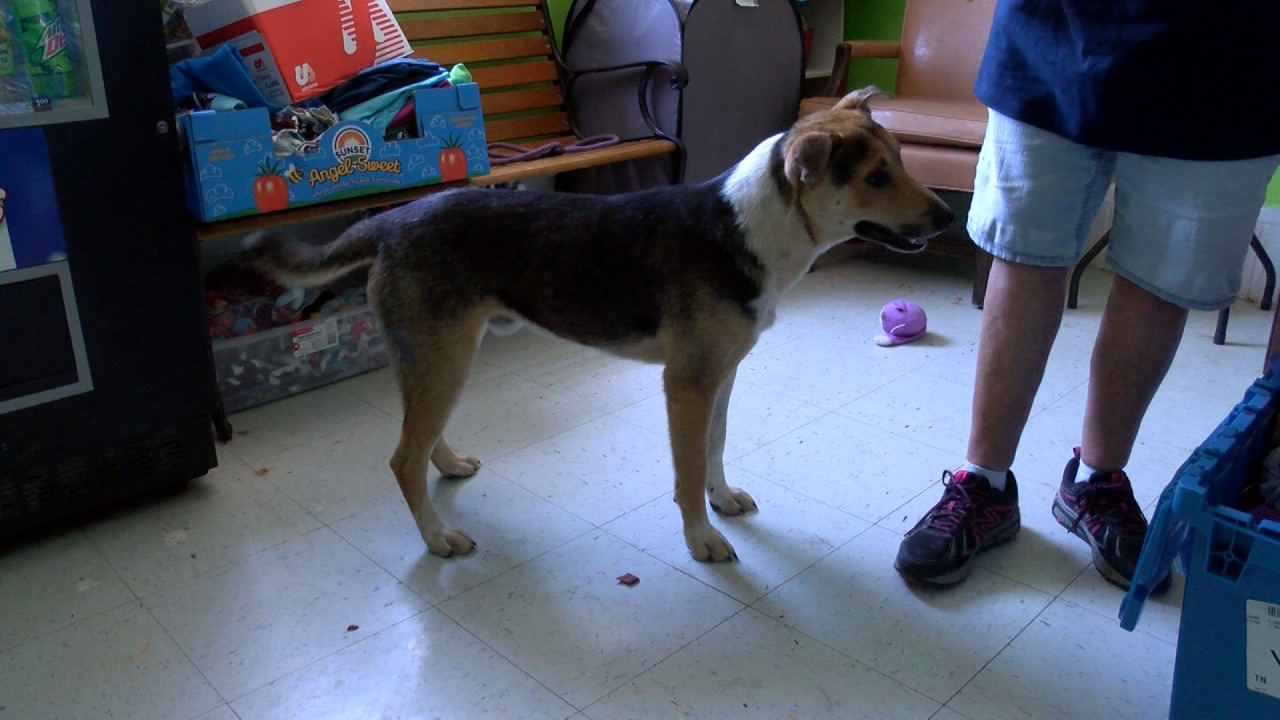 ROGERSVILLE, Tenn. (WJHL)- As most animal shelters and humane societies are at full capacity across the region, including the one in Hawkins County… getting any dog ​​adopted out is a big deal.

But there are some that people are flocking from all over to see.

The Wells family – who made national headlines as the search for their missing 6-year-old daughter Summer continues – had several dogs on their Ben Hill road property… some were surrendered back in February… others about a month ago.

“The YouTubers were calling and harassing us for days and I then spoke to Candus’ mom and she had called me about surrendering the dogs,” said Jackie Catterson, the Hawkins Co. Humane Society Veterinary Technician. “So I spoke to Candus on the phone because we needed permission from her Because they’re her animals and she gave permission for us to get the rest of the animals.”

There is one though that is very specialher name is Lucky, or known as Yucky. She is one of the Wells family dogs and is said to be Summer’s favorite. She along with several other dogs on the property were surrendered to the Humane society.

“They all wanted “lucky” because that was little Summer’s dog and they only wanted lucky because she was lucky… she was the dog. but, a woman came in who knew absolutely nothing about the summer wells case and she saw her… what we named yucky because that’s what summer called her,” Catterson said. “She met yucky and she just thought she was a great little dog. So she took her and fostered her until we had her spayed. “

Catterson said the Humane Society has been fielding phone calls and requests over the dogs.

“They all want one of the dogs from 110 Ben Hill,” she said. “I don’t want to say they don’t care about them but I think that they wanted them more because of where they came from not because they fell in love… like the lady fell in love with yucky”

The controversy came after a dead dog was found near the Wells property.

“The dead dog did not belong to them,” she explained. “It was probably just a dog that got hit on the road because it was running at large but it wasn’t one of their dogs. “

There is only one Wells dog left looking for a forever home… his name is Niles… He will be neutered tomorrow… then ready to find his new best friend.