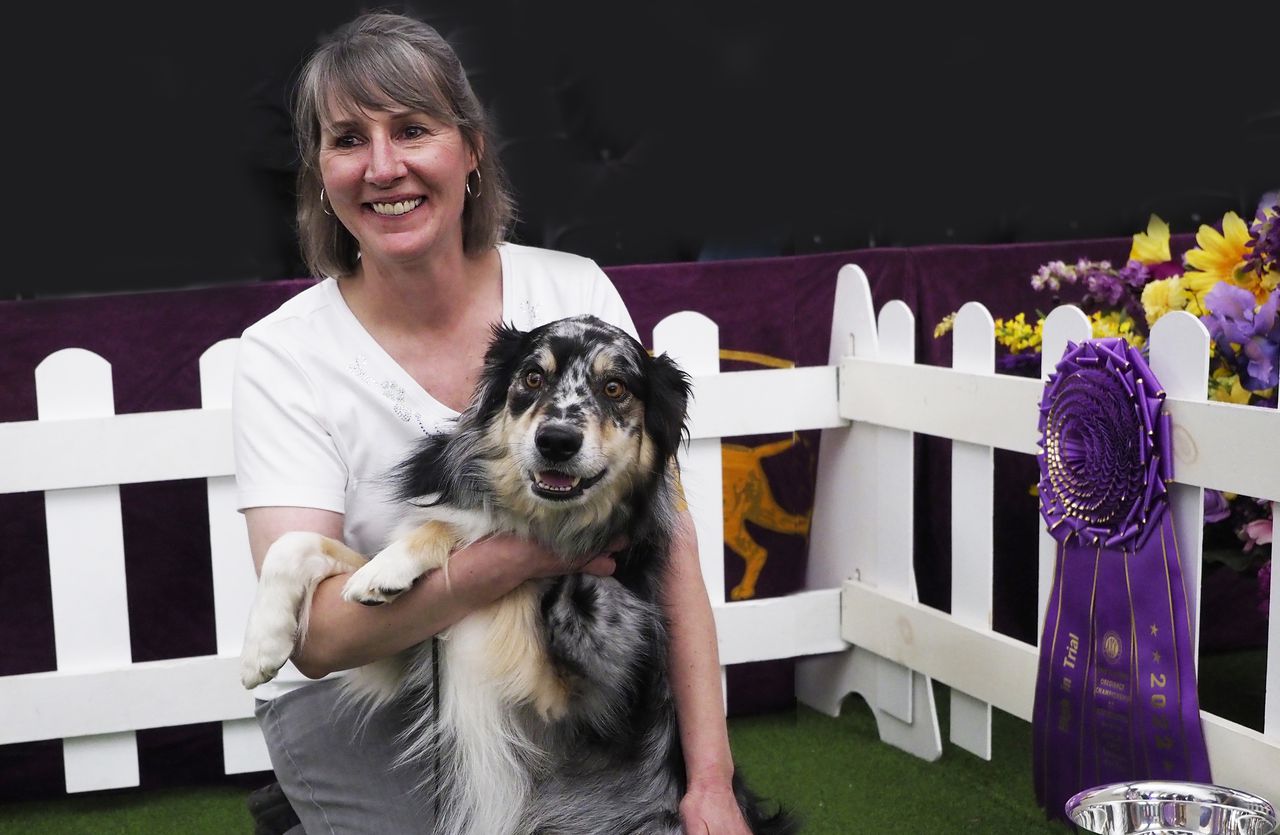 It’s official. New Jersey has really gone to the dogs.

For the seventh year in a row, a canine competitor from the Garden State has been named winner of the Westminster Masters Obedience Championship.

Willie’s 2022 win was also the first time in Westminster history that a dog has won both the obedience championship and high in trial. The Jersey dog, whose registered name is OTCH Blue Skies At Dejavu UDX OM1, posted the best combined score — 397.5 out of a possible 400 points.

The sport requires dogs to follow their handler’s every directive — running, walking, turning and jumping over hurdles on command, as well as retrieving objects and coming to a complete stop at a moment’s notice. They must also excel at scent discrimination, or picking up their owner’s scent on an object (see Willie and other dogs compete in the video below).

Heart, a Labrador retriever owned and handled by Linda Brennan of Columbia, Warren County — a longtime trainer at Top Dog Obedience School in Flanders, Morris County — was named obedience champion in 2016, 2017, 2018 and 2019. When Heart and Brennan won a fifth time in 2020, they retired the trophy.

In 2021, a Labrador retriever named Grant and his owner-handler Mary Ann Flanagan of Glen Gardner won the obedience championship, keeping the competition a Jersey-dominated sport.

Obedience was just one part of the 2022 Westminster dog show underway Monday, as most dogs competed for the best of breed on the grounds of the Lyndhurst estate. The prestigious dog show will name its best in show Wednesday, June 22 (see our watch guide).

The dog show, traditionally a winter affair in Manhattan (at the Piers and Madison Square Garden), was postponed because of COVID-19 concerns for the second consecutive year. That’s why Westminster is again a summer competition on the grass and in tents outside the stately Westchester County mansion.

While Westminster is strongly associated with purebred dogs because of its emphasis on conformation to breed standards, obedience is one of two Westminster events that allow mixed-breed dogs. The kennel club calls them “all-American” dogs.

The other Westminster sport that allows mixed breeds is agility, added in 2014.

Like obedience, the high-flying sport involves obstacles, but is a timed course where speed is judged alongside skill. In both contests, the connection between dog and handler is of prime importance.

On Saturday, Bee, a Shetland sheepdog handled by Jennifer Crank of Pickerington, Ohio, won the Westminster Masters Agility Championship by conquering a series of obstacles in just 29.81 seconds.

See our complete viewing guide for how to watch the 2022 Westminster Kennel Club dog show, including air times, channels and free streaming.

Thank you for relying on us to provide the journalism you can trust. Please consider supporting NJ.com with a subscription.