Raleigh, NC — “I’m part bird,” John Gerwin chuckled, as he guided a group of volunteers and children through the process of tracking the Purple Martin bird at the Prairie Ridge Ecostation in Raleigh.

“I’ve had 1,500 skydiving jumps,” he said proudly, as children looked on in awe. A small baby bird, only 23 days old, squawked in Gerwin’s hand, almost like it was about to escape.

Gerwin is an ornithologist and was among the handful of volunteers and experts who met Friday morning at a piece of property maintained by the North Carolina Museum of Natural Sciences off Reedy Creek Road to tag Purple Martins that are just about to jump from their nest and start their life cycle.

Purple Martins are born in eastern North America and migrate to South America. Some may return to roost, but others may never return.

Each bird tracked on Friday got a red tag and a serial number. Researchers use this information to track the Purple Martin’s migratory patterns with hopes of better understanding the bird’s behaviors. 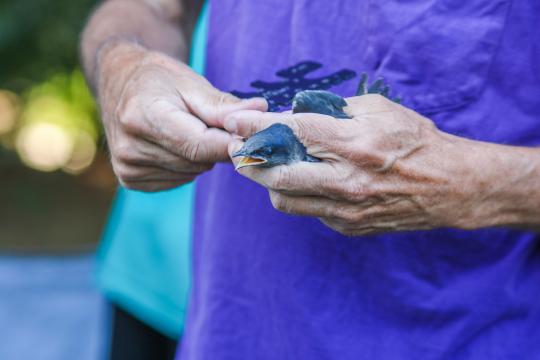 “Believe it or not, somebody found one of these birds last spring. North of Durham, they have a colony,” Gerwin said.

That means the Purple Martin was born in Raleigh, flew all the way to Brazil in the winter when he was young, and then returned to Durham.

“It had flown back and fourth two or three times,” he said. 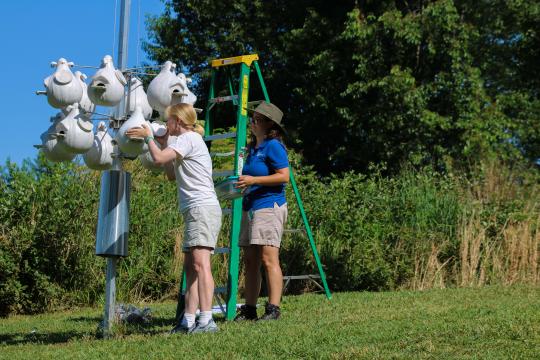 The red tags show researchers how many young birds return from South America to the Wake County area.

“It’s very basic. This information goes into a federal database, and anyone can use the database,” he said.

According to the American Bird Conservatory, pesticides are a major threat to the Purple Martin population. The birds are put on a “watch list,” and while not threatening, are being closely researched. 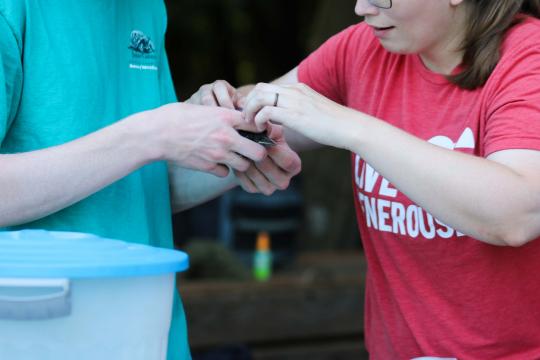 Aggressive and invasive bird species that prey on the Martin have caused their population to decline, according to the North Carolina Purple Martin Society. That includes the English House Sparrow and the European Starling.

How to start your own Purple Martin colonies 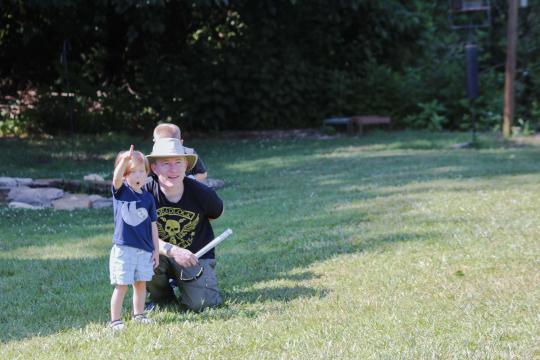 It’s fairly easy to start your own colony if you have enough property. Purple Martins need lots of prairie land to thrive without tall buildings or trees around them.

You can use a plastic gourd or a natural gourd to attract the birds and give them a place to nest in.