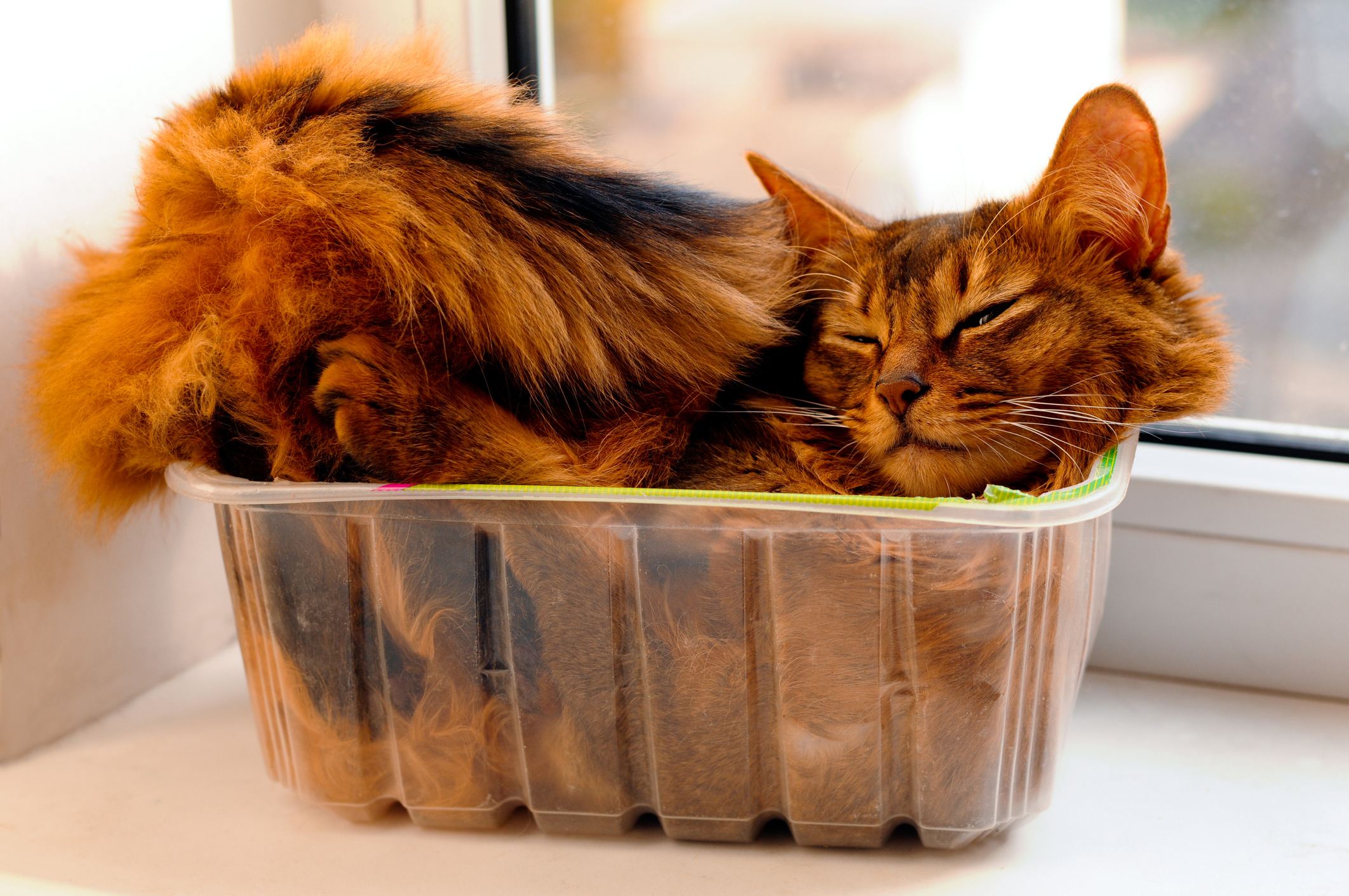 If you’ve ever noticed that your cat is so flexible that it almost seems to have transformed into another state of matter entirely, fear not, you are not alone.

Liquid cats are a well-known internet phenomenon with countless social media posts highlighting the fact. Whether it’s cats folded over a corrugated metal roof or squeezing into a tiny glass bowl, posts have received tens of thousands of likes on Twitter.

Thankfully the phenomenon can be explained by science, as Vancouver veterinarian Uri Burstyn—whom many will recognize as the vet in the viral “squish that cat” YouTube video—explains.

There are two main factors to consider: biology and psychology. Going into biology first, Burstyn says the key to cats’ flexibility is in their spines.

“Cats are ambush predators,” the vet said via video call. “So their spine is basically like a spring. When they’re crouching it’s loaded, and it’s designed to just explosively expand.”

This contraction and expansion design is what makes cats’ spines so flexible, combined with exceptionally strong muscles surrounding them. One way to see this in action is how cats re-orient themselves when falling, Burstyn says.

But that’s not all. After all, snakes are flexible but don’t seem to have the same liquid credentials as cats do. That’s because another key factor is that cats have a lot of excessive skin—more than most animals, according to the vet—which, when combined with their fur, gives them a floppy, fluid-like appearance.

“Cats basically have like twice as much skin as they actually need for their body,” Burstyn said, holding up Claudia, his feline YouTube co-star. “When we look at a cat we think we’re seeing a cat, but we’re actually seeing its skin and the real cat is inside there somewhere!”

One final biological factor in all this is the clavicle or collarbone, which in cats are not particularly well developed, meaning they’re not constricted as much by the broadness of their shoulders as humans are, and are instead limited merely to the size of their skulls.

“A human contortionist or escape artist dislocates their shoulders to squeeze through a tight space; cats don’t need to dislocate anything,” said Burstyn.

“They have a really loose shoulder girdle”—bones connecting the limbs to the bones along the axis of the body—”so they just squeeze right through. A really skinny cat should be able to squeeze through a hole that’s kind of just the size of their head, or a little larger.”

The Psychology of Liquid Cats

So we know how cats are able to enter their liquid state, but the question is why they’re driven to do this in the first place. What makes them want to squeeze themselves head-first into vases and under doors?

“Cats are basically on their way to evolving into furry snakes,” Burstyn said. “It’s almost like convergent evolution, because snakes hunt small rodents. So really it’s an adaptation to get into small spaces quickly.

“A lot of what cats are dictated by the fact that they’re middle-of-the-food chain predators. So they’re not like apex predators, like a lion or a grizzly bear—there’s lots of things that would make a delicious snack out of a cat.

“So almost everything has an offensive and defensive function. They like sneaking into holes because a) that’s where food might be, and b) it’s also just that when you’re escaping a predator, being able to sneak into a hole is pretty handy. .

“So it’s a middle-of-the-food chain predator adaptation that makes cats so unique, I think.”