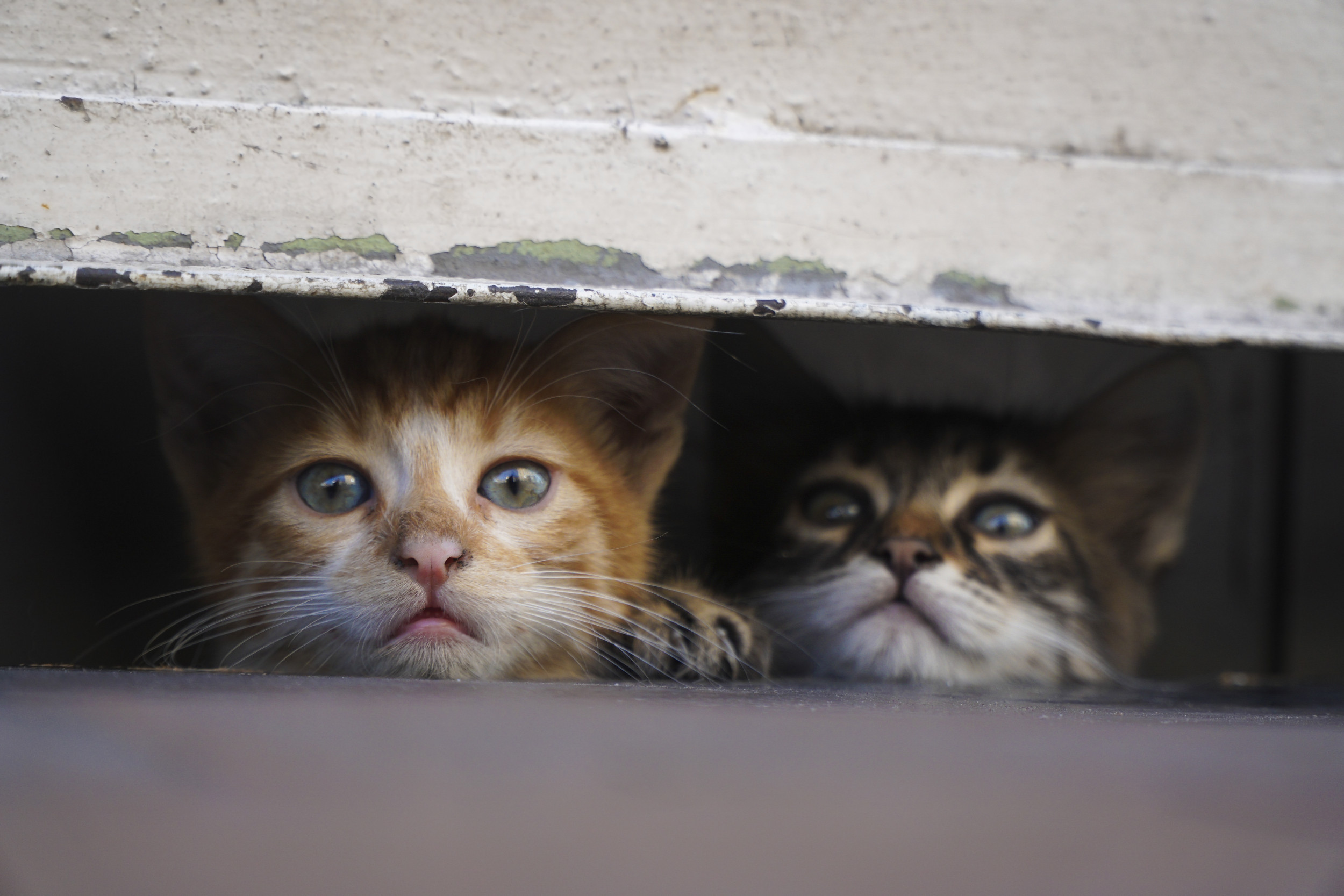 Cats—especially those who are new to a home—often go into hiding. This could mean under a bed or a sofa or staying confined to a certain room or part of the house.

While it may seem like your pet is acting weird, hiding is actually normal behavior for cats. But what exactly causes our feline friends to want to escape to an unreachable little corner?

Here’s why your cat is hiding and what to do about it, according to experts.

Why Is My Cat Hiding?

Hiding can be a sign that a cat is experiencing stress, which can be triggered by interactions with people as well as their environment.

The president of The International Cat Association (TICA), Vicki Jo Harrison, told Newsweek: “The most basic reason cats hide is to feel safe, and to protect themselves from things they perceive as dangerous or stressful.”

Cats like to be able to hide whenever they’re confronted by stressful situations, Zazie Todd, the author of the forthcoming book PURR: The Science of Making Your Cat Happy, told Newsweek. “Their natural response is to run and hide rather than fight.”

It can also help your pet to calm down, author Pam Johnson-Bennett from Cat Behavior Associates told Newsweek.

“Having the choice to hide is valuable to cats because it’s a stress coping mechanism. It enables them to be invisible in an environment so they have the time and safety to assess what’s going on,” the author said.

Hiding also allows a cat to slip away from any situation that feels overstimulating, Harrison said. For example, a cat sharing a home with other pets and children sometimes hide to allow themselves to rest more peacefully, she explained.

Physical signs of stress in a cat can include a swishing tail, ears seen flattened back against the head or turned sideways, hair on the back raised or them crouching or slinking away, according to the Humane Society of The United States.

Being confined indoors, having limited access to litter trays or having to share resources with other cats they don’t get along with can be highly stressful for some cats, International Cat Care, the UK-based cat welfare charity, said.

Some cats may want less interaction with their owners or their owners may be generally inconsistent in their level of contact with and approach to their cats. This leaves the pets uncertain about how to respond at any point in time and can cause them to become stressed, the charity explained.

Why Is My New Cat Hiding?

TICA president Harrison said: “Cats typically hide in a new home or an environment they are unfamiliar with to evaluate whether the different place is safe.”

Kittens tend to adapt to a new home in just a few hours, but for some it may take days, weeks and sometimes longer. Adjustment times for adult cats can range from two to five days, depending on their personality and the environment.

“It is important to respect the time they need to take to feel safe and adjust to a new home or environment,” Harrison said.

Todd said a new kitten or cat, especially if they are a bit shy, will definitely want to hide while they settle into their new home.

When bringing a new cat into a home, the existing cat is likely to initially view the new member of the household as a threat rather than as a friend, according to the Humane Society of the United States.

This can be the case especially if your cat has not been around other feline friends except for when they were a kitten.

The cats will distance themselves from each other. This could mean the new cat may hide in one room, while the resident cat stays in another.

Todd advised owners to let their new cats hide away. “Keep them confined to just one room that has several hiding places in it while they settle in and become more confident in your home,” the author said.

How to Get a Cat Out of Hiding

Initially it’s best to let your cats hide away in certain situations before trying to coax them out, according to Todd.

For example, if you have people visiting your home and your cat hides under the bed, let them stay there. “They may come out later if they feel like it, but in that moment they need to hide in order to feel safe,” the author said.

TICA’s Harrison said it’s important to give cats time to adapt to new surroundings. Never force them to come out of hiding and always let them explore in their own time.

“Cats are very territorial and will feel unsettled until they establish that this is their home. Once they feel safe, they will start to come out and explore.

The most important element is to make sure to leave your pet alone when they need a time out. “Let them come to you, and always let them move at their own pace,” said Harrison.

The TICA president also noted it’s important to investigate what may be causing your cat to go into hiding.

“Think about what could be triggering their hiding and try to eliminate it,” she said. “Loud noises, young children, other pets all might make your feline insecure.”

But if you really need to get them out of hiding, you can try using their favorite treats to try to lure them out. “If you try to force them out, there is a risk that they will become stressed and potentially even scratch or bite,” Todd warning.

Be sure to leave doors open and never block the exits to a room, said Harrison. “Try to encourage an open and safe kitty environment for them to explore.”

If a cat appears to constantly be hiding and is afraid to come out, “it’s time to do some gentle behavior work to build trust,” Pam Johnson-Bennett said.

This does not mean forcefully dragging your cat out from the hiding place but rather providing opportunities for your pet to “inch out slowly while still having the choice to be invisible again,” she said.

Depending on what your cat shows an interest in, playtime and treats can help your cat come out of hiding. You should also examine the cat’s environment to make any appropriate adjustments if there are issues causing the cat to feel unsafe.

But the most important element is letting the cat “set the pace and make the choice,” said Johnson-Bennett.

The author also noted that if hiding is a change in your cat’s normal behavior, it definitely merits further investigation. “It could be due to illness or something may have changed in the environment that has created fear. Your first step should be to consult with your veterinarian,” she said.

A cat’s sudden hiding behavior is often symptomatic of stress, fear, a medical issue or some combination of these, TICA’s Harrison said.

“If your cat begins to hide and there have been no environmental changes in the home, this can definitely indicate a health concern” and should be followed up with an “immediate trip to the veterinarian,” she advised.

It’s important for owners to create hiding spaces around the house for their cats to help reduce any stress and allow them to feel safe and secure in their home environment.

Johnson-Bennett noted: “Even in the most comfortable, secure environment, a cat should have hiding options.”

The author advised creating hiding spots in “socially significant rooms of the home,” if you don’t want your pet hiding under the bed or in a closet.

For example, this could mean creating a hiding space in the living room. This allows a fearful cat the option of staying in the room with you but remain hidden, rather than dart out the room to hide under a bed.

Other great hiding places include cat condos with hiding perches or boxes, cat caves, the space under beds and settees, a laundry basket or even a simple cardboard box, Todd said.

“Remember that cats are not just predators but also prey animals, and some wild animals, such as coyotes, may prey on them,” the author explained.

That’s why it’s so important to provide cats with good hiding places that are “just the right size for them to curl up in and feel safe.” It can help to put a fluffy blanket in the hideout too, so the cat can also feel nice and warm, according to Todd.